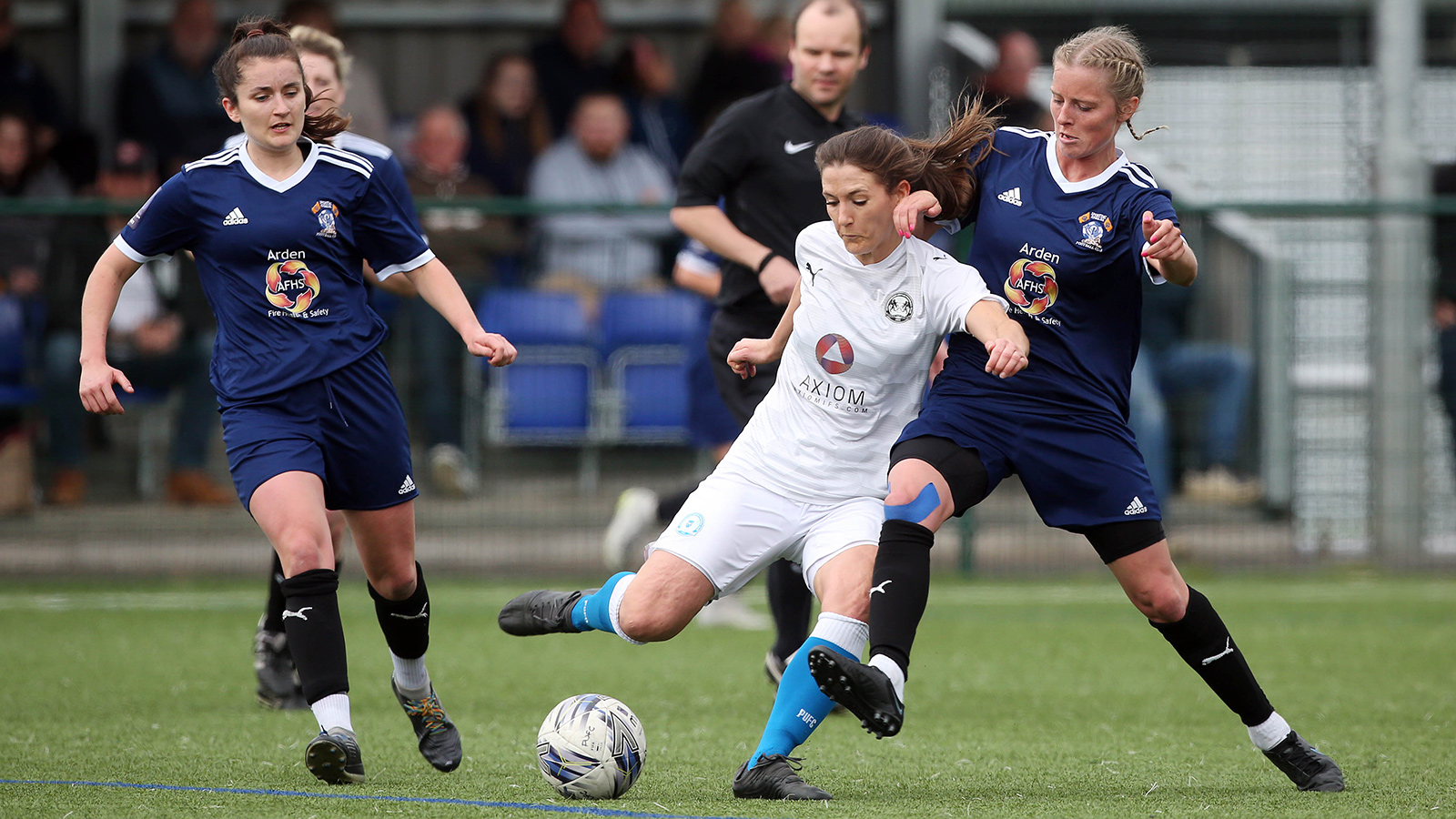 Posh Women suffered defeat at the hands of Sporting Khalsa in their final game of the season.

Manager Dan Lawlor was shocked at his side's second-half performance as Sporting Khalsa Women came from behind to condemn Peterborough United Women to a 5-2 defeat at the idverde training ground in their final FA Women’s National League Division One Midlands fixture of the season.

Cassie Steward and Jess Driscoll handed Posh a comfortable two-goal lead at the break, but two goals in a space of a minute from the visitors in the early stages of the second half changed the momentum of the game as Laura Smith, Sarah Hazel and Rebecca Gil Parsons secured the three points for Sporting Khalsa

Lyndesy Glover found some space down the left channel as her low cross found Hazel inside the box, however, the striker stumbled at the opportunity and allowed Niamh Connor to recover to clear the ball. The visitors should have broken the deadlock on 15 minutes as a free-kick out on the far left was met by Laura Smith, her header struck the post before the ball fell to Louisa Anderson who somehow fired over from close-range.

Minutes later, at the other end, Posh opened the scoring on 21 minutes as Driscoll played in Keir Perkins after a good exchange between her and Hipwell in midfield, the striker raced into the box and laid it off to Cassie Steward, who fired past the keeper.  Glover, who was causing problems all game for Posh, once again picked out Olivia Woolston at the back-post, but she was quickly surrounded by defenders before she could unleash her shot.

Perkins should have added a second for Posh on 34 minutes as Katie Steward’s low cross put the ball on a plate for the forward inside the six-yard box, but a combination of the keeper and defender prevented Perkins with a clear opportunity. Driscoll, inside the box, was picked out superbly by Stacey McConville but she failed to make a clean connection on the volley.

Posh doubled their lead on the stroke of half-time as a brilliant, lofted ball by Perkins found Driscoll inside the box once again, and instead of making the same mistake, the midfielder made a perfect connection on the volley, leaving no chance for the keeper.

Lawlor made his first change of the afternoon as Sophie Powell replaced Amy Butler at the break. The visitors managed to cut the deficit on 58 minutes as Chloe Handy converted from close-range after Posh were guilty of giving the ball away moments before.

Within the space of a minute, Sporting Khalsa brought the scores level through Olivia Woolston as her left-footed effort found the bottom corner after Posh gave up possession easily once again. Katie Steward’s effort from just outside the box went well over the bar after Perkins showed real pace down the left channel before her cross fell to Steward.

The visitors took the lead on 68 minutes as Smith rose highest to head home Angie Morley’s free-kick after Stacey McConville was penalised for a late challenge on Glover`. Lawlor made his second change on 69 minutes as Cassie Steward made way for Destiny Makanjuola. Sporting Khalsa extended their advantage on 81 minutes as the ball fell to Hazel inside the box, who took a lovely first touch to send her defender the wrong way before lifting the ball over Powell.

Posh made their third change on 82 minutes as Nicole Hendrick was replaced by Milly Ramm. McConville was the first player to go into the book for dissent after appealing for a handball against Handy. It was five for Sporting Khalsa on 85 minutes as Rebecca Gil Parsons cross sneaked under Powell and into the back of the net.

Katie Steward found herself in the referee notepad in injury time after a late challenge on Smith as Posh ended their 2021/22 FA Women’s National League campaign with defeat at the idverde training ground.