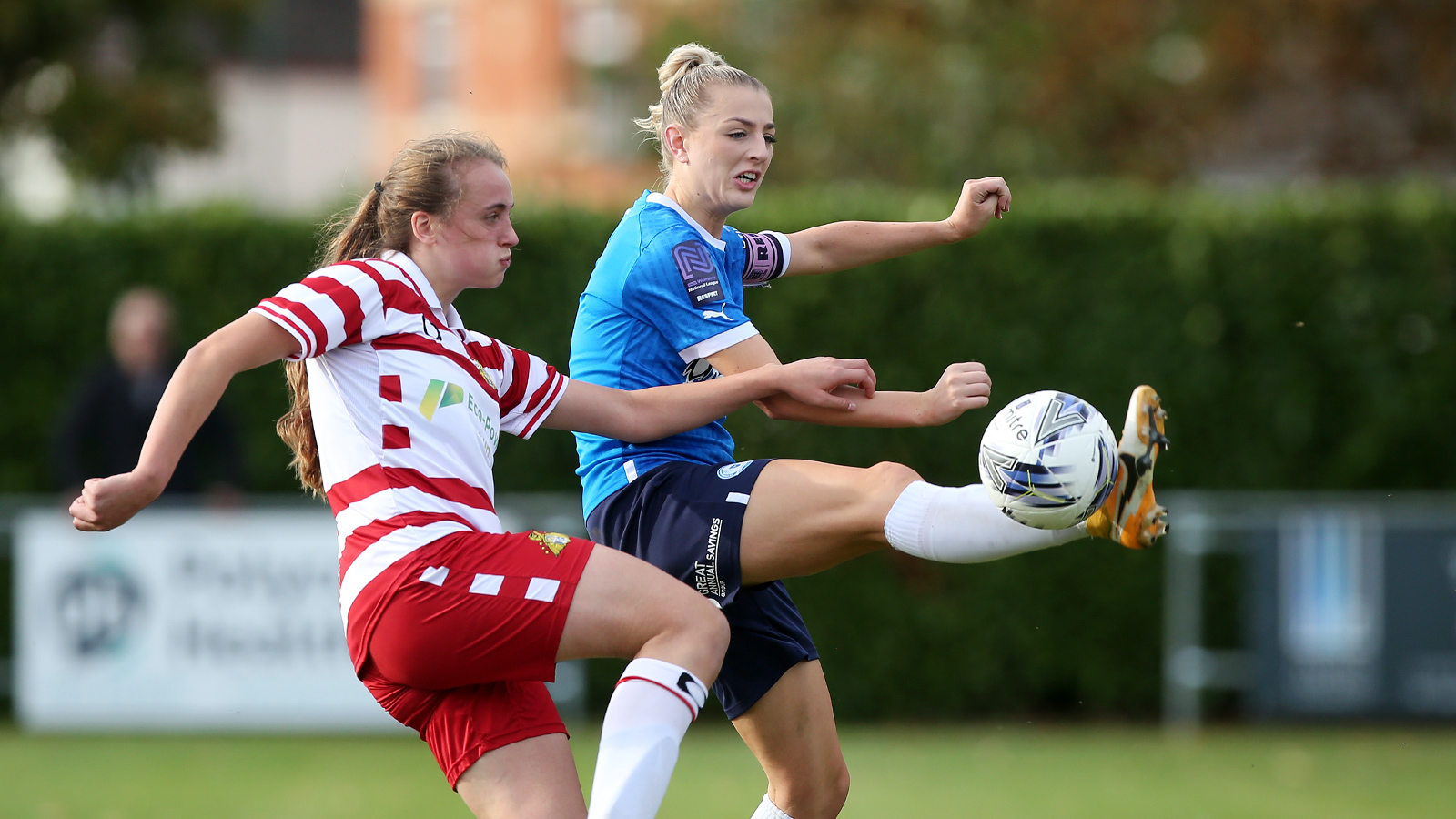 Nadia Khan’s second-half strike condemned Peterborough United Women to a 1-0 defeat on Sunday afternoon in the FA Women’s National League Division One Midlands, with over 350 supporters in attendance for the second consecutive game at the Abbey Lawn.

The first opportunity fell to Posh inside the opening two minutes as a long-ball forward was latched onto by Cassie Steward, she advanced into the box and looked to loft it over Ellie Sharpe, forcing the Belles’ keeper to tip it over the bar.

On 19 minutes, Evie Driscoll-King produced a defence-splitting pass to feed Perkins through on-goal, but the forward was unselfish and tried to find Steward inside the box, which was cut out by the Belles defence. Otandeka Laki, who was signed by Belles on Friday evening, created their first real opportunity on 27 minutes as her effort from outside the box sailed way over Neive Corry’s goal.

The visitors ended the first half strongly as Chloe Dean’s cross found Laki inside the box, but she sent her effort over the bar. On 44 minutes, Nadia Khan saw her low-drilled effort into the bottom corner held by Corry.

Driscoll-King had a glorious opportunity to break the deadlock in the opening stages of the second as Steward’s corner found the defender at the back-post and she sent her effort into the side-netting. Belles opened the scoring on 52 minutes as the ball was played out to Khan, who was allowed to cut in before firing low into the bottom corner.

Posh searched for an instant response as Perkins outpaced Jess Andrews on the left-hand side before cutting inside, but her powerful right-footed effort failed to trouble Ellie Sharpe at the near-post. The visitors came close to doubling their advantage on 61 minutes as Andrew got a touch onto Holly Housley’s deep corner, but sent it into the side-netting before Laki’s volley from the edge of the box was narrowly wide of the far-post.

Dan Lawlor made a double change on 67 minutes as Emily Johnson and Zaiga Lacite replaced Tara Kirk and Steward, with both having a positive impact on the game. However, it was Belles who came the closest to scoring in the final minutes, forcing Corry into two fantastic saves; one with her feet before getting low to her right to push Housley’s effort around the post.