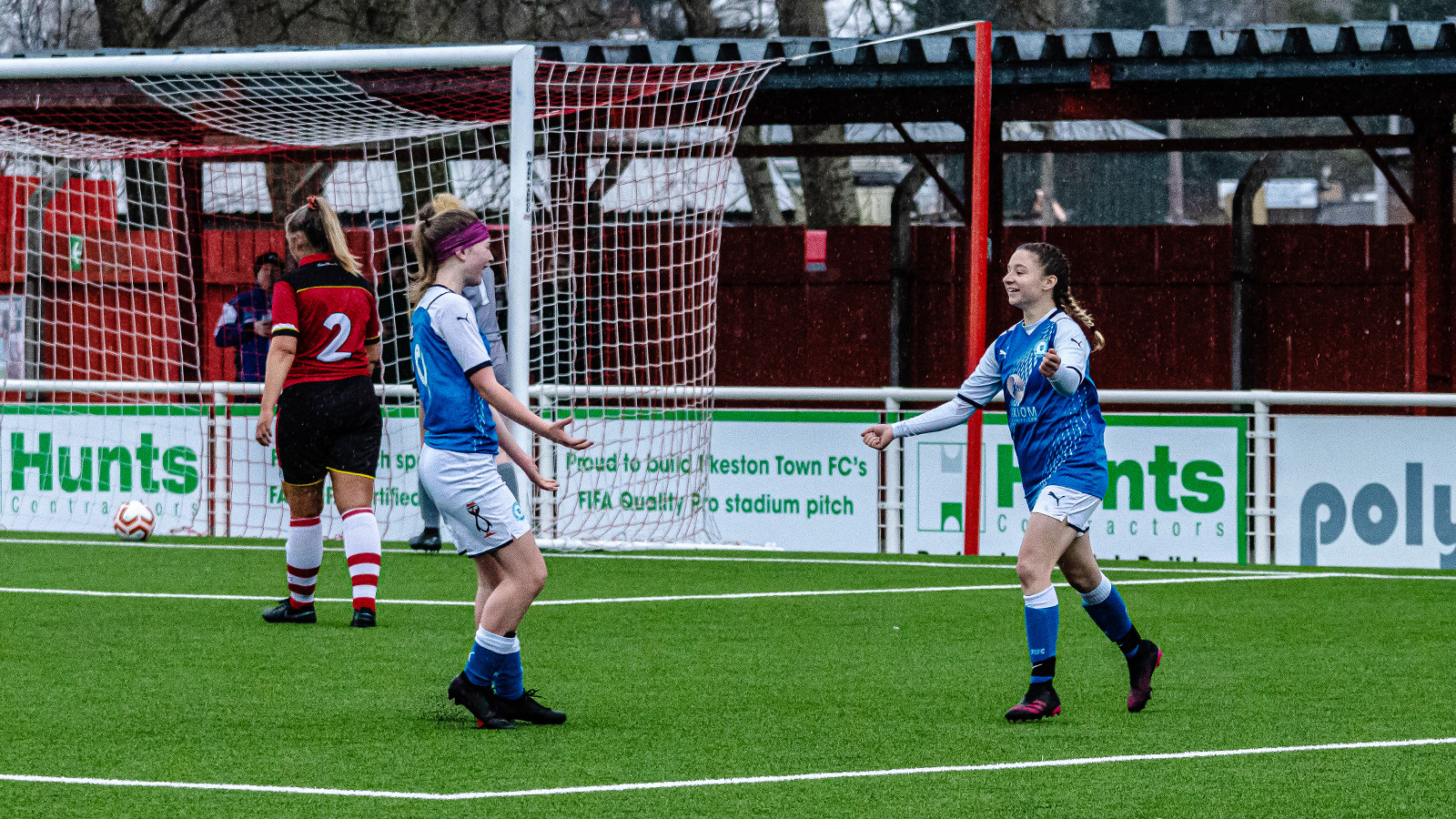 The Posh Women Reserves celebrate the New Year in style with a victory over Ilkeston Town on Sunday afternoon.

Peterborough United Women Reserves began 2022 with three points on the board after a hard-fought 3-1 victory over Ilkeston Town Ladies in an East Midlands Women’s Regional Football League Division One South fixture on Sunday afternoon.

It was a very quiet opening 10 minutes at Ilkeston Town Football Club, with neither side creating any clear-cut opportunities and stoppages in play stopping the flow of the game. Posh slowly grew into game when Aliyah Palmer danced past two defenders before she played the ball out wide to Megan Thacker, but her low cross was easily picked up by the keeper.

On 16 minutes, Ilkeston Town’s number five came the closest to breaking the deadlock when her shot smashed against the crossbar. However, six minutes later, Katie Steward opened the scoring and gave Posh the lead. Destiny Makanjuola’s free-kick was flicked on by Ellen Marson, and the ball fell nicely to Steward inside the box to slot past the keeper.

Neither side failed to carve out any opportunities after Steward’s opener before a late flurry of goals in the closing stages of the half. On 43 minutes, Posh extended their advantage when Zoe Devonport’s pass set Megan Thacker through on-goal and she rifled a right-footed effort into the top corner.

Ilkeston Town managed to pull a goal back seconds before the break when number 11’s curling effort found the back-post. Posh were quickly out of the traps in the second half with Palmer having two great opportunities to reinstate the two-goal lead.

A one-two with Steward saw Palmer race through on-goal, but her shot was weak and easy for the keeper. Moments later, Palmer found herself one-on-one with Ilkeston Town’s keeper, but her low-driven effort was closed down by the on-rushing number one.

On 51 minutes, the hosts keeper tipped over Ellen Marson’s free-kick over the bar as Posh continued to push for that third goal. Ilkeston Town’s number 10 worked the ball onto her right-foot, but the long-range effort was straight forward for Powell.

Posh eventually reinstated their two-goal lead on 76 minutes when Marson fired a low-driven shot into the bottom corner after Nicole Hendricks won the ball back in the middle of the park.

With 10 minutes to go, Steward found plenty of space on the left-hand side and charged towards goal, but couldn’t test the keeper from close-range. In injury time, Steward played in Palmer and her shot was a routine save for Ilkeston Town’s keeper.