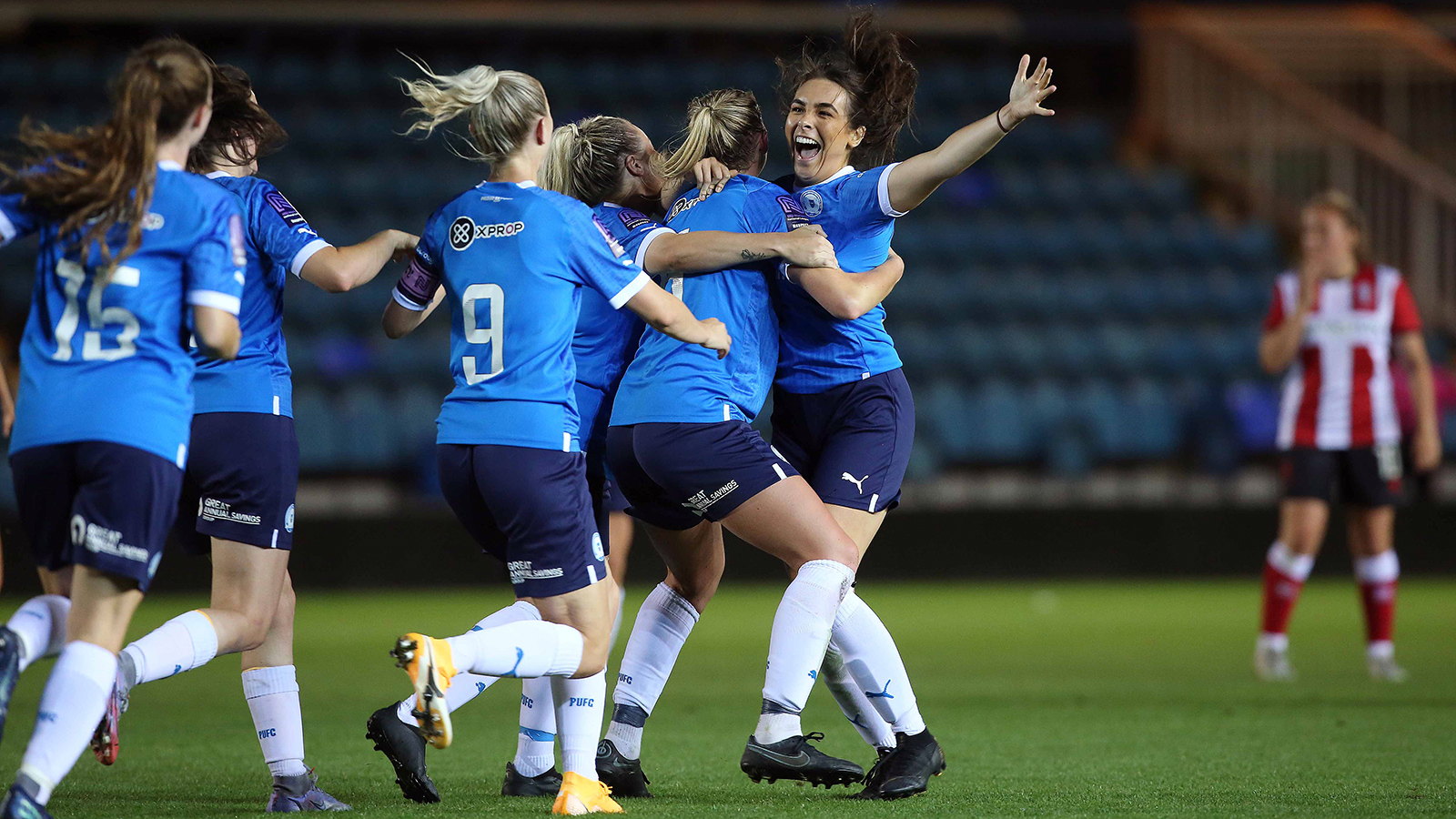 Over 2,000 supporters witnessed Peterborough United Women record an emphatic 4-1 victory over Lincoln City Women in the FA Women’s National League on Wednesday evening in their first-ever competitive game at the Weston Homes Stadium.

The players were welcomed to a record-breaking crowd for a women’s game at the Weston Homes Stadium, and they certainly didn’t disappoint with their performance as they came from 1-0 down to seal back-to-back wins in the league.

Lincoln City were the dominant side in the opening half an hour and opened the scoring after just seven minutes after a failed interception from the Posh defence, which saw Lucy Farrow coolly slot the ball past Neive Corry.

Posh looked for an immediate response as Kayleigh Aylmer’s free kick from the left-hand side smashed against the crossbar. The Imps continued to apply pressure, but Posh soon turned the tables in the last ten minutes. A brilliant through ball from Jessica Driscoll on 35 minutes found Cassie Steward through on-goal, but was pushed onto the crossbar by Poppy Irvine.

On the stroke of half-time, Tara Kirk levelled the scores with an outrageous finish as Kayleigh Aylmer delivered a brilliant ball over Lincoln City’s defence, with Kirk hitting the ball on the volley and the ball dinked over the keeper’s head.

Posh’s new-found dominance continued throughout the second half, with The Imps’ only threat falling on 51 minutes with a Leah Hardy free kick that was inches over the crossbar. Posh extended their lead on 58 minutes after a scramble in the opposition’s box saw one of Lincoln’s defenders tap the ball into their own net.

Just nine minutes later, Cassie Steward got her name on the scoresheet again after Keir Perkins’ cross found Driscoll on the edge of the box, her first-time effort fell to C. Steward inside the box and she poked home from close-range.

Keir Perkins netted a fourth on 82 minutes, but the celebrations were short-lived after the linesman was flagged for offside. However, just seven minutes later, Kayleigh Aylmer extended Posh advantage as her corner kick was punched into her own net by Poppy Irvine.