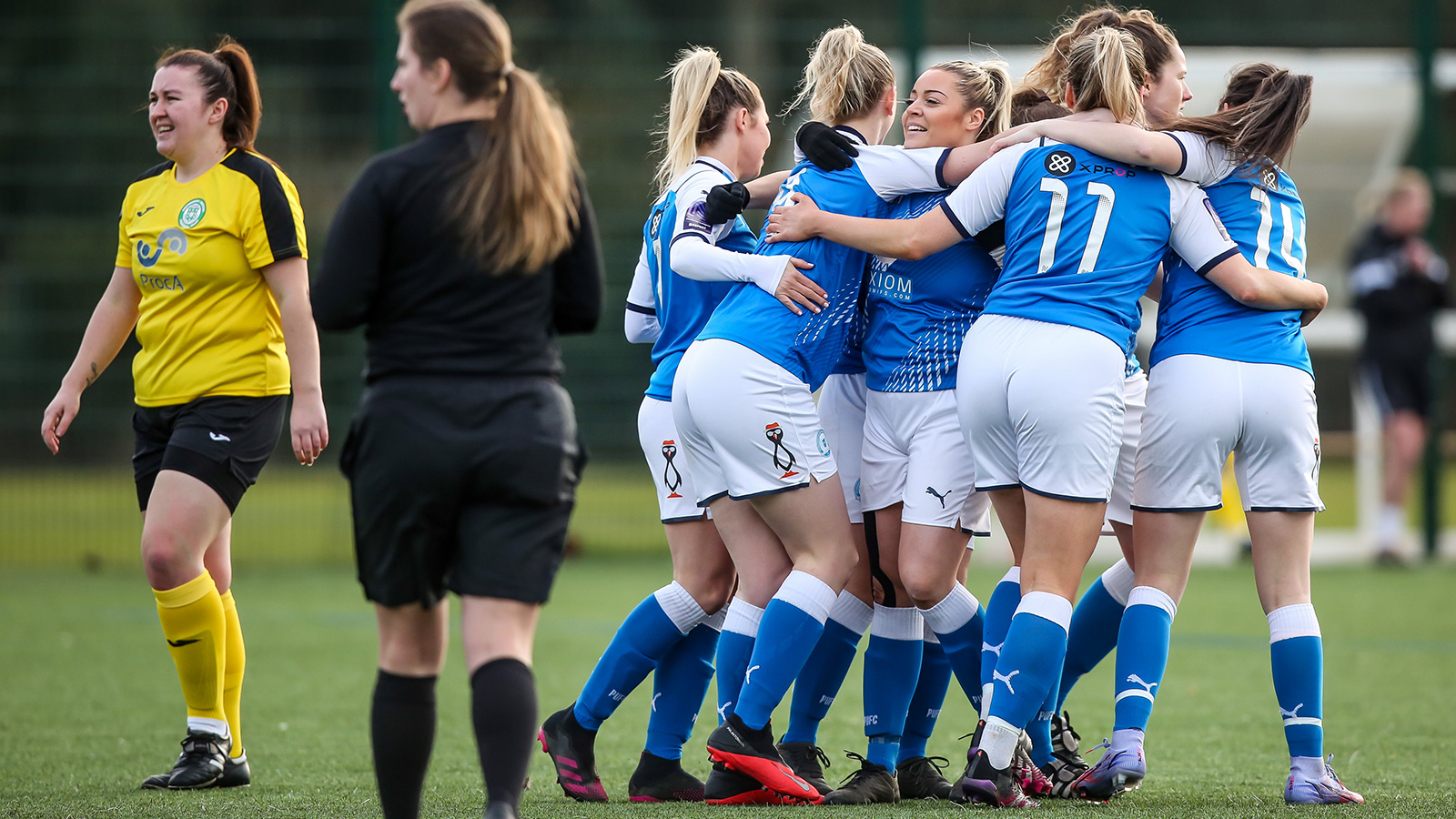 Posh Women Record Back To Back Wins

Back to back wins in the FA Women’s National League for The Posh Women after Dan Lawlor’s side comfortably beat Bedworth United.

Peterborough United Women recorded back-to-back wins for the first-time in the FA Women’s National League Division One Midlands this season after a comfortable 5-1 victory over Bedworth United Ladies at the Idverde training ground on Sunday afternoon, with Jess Driscoll grabbing a brace.

Just like the reserve fixture back in August, Posh found the breakthrough within the opening two minutes when Driscoll’s clearance up the pitch allowed Keir Perkins to beat the defender in a footrace before firing past the keeper to give Posh an early lead in the game.

A teasing cross from Megan Parrett just evaded the heads of Cassie Steward and Hannah Hipwell before the latter saw her close-range effort brilliantly saved by the feet of Bedworth keeper after some lovely build-up play by C. Steward and Perkins.

Posh continued to pepper shots at the visitors’ goal, with Parrett and C. Steward both forcing the keeper into low saves. On 21 minutes, Posh doubled their advantage and Driscoll maintain her fine goalscoring run when she was the quickest to react from Parrett’s corner to head home after Bedworth United failed to clear their lines.

On the half an hour mark, Beatriz Borque replaced Katie Steward after the midfielder suffered an injury and was quickly taken off the pitch. The first opportunity of the game for the visitors fell shortly after as their number 7 broke through on-goal, but a heavy touch allowed Amy Butler to come out and collect the ball.

On the stroke of half-time, Driscoll made it three for Posh, and her second of the afternoon, as she picked up the ball in the middle of the park, burst into the box unchallenged and found the roof of the net from a tight angle.

However, the action in the first-half didn’t stop there and Bedworth United managed to pull a goal back when a cross found their number 7 in acres of space inside the box to head past Butler via the inside of the post.

Straight from kick-off, Posh looked to reinstate their three-goal lead as Borque low-cross found Parrett at the back-post, but the keeper produced another fantastic save. The keeper was quickly called into action once again, stopping C. Steward effort from close-range after Driscoll’s cross found its way to the forward.

Just after the hour mark, C. Steward grabbed the fourth goal of the afternoon after a cross-field ball by Parrett set the forward on-goal, she showed composure to loft the ball over the on-rushing keeper and into the back of the net.

It quickly became five when Niamh Connor’s long throw completely missed everyone at the front-post, and in attempt of clearing the ball, Bedworth United’s number 11 scuffed her clearance past the keeper to hand Posh a comfortable lead.

On 70 minutes, Destiny Makanjuola and Larrissa Frederick replaced Katie Lowder and Niamh Connor. Hipwell saw an effort from the edge of the box comfortable held by the keeper before C. Steward couldn’t direct her header on target from Parrett’s corner.

The visitors had a chance in the final five minutes to cut the deficit as the ball fell to their number 10 inside the box and she sent her effort wide of the target. Elloise Copson was penalised for a free-kick and subsequently went into the referee book.