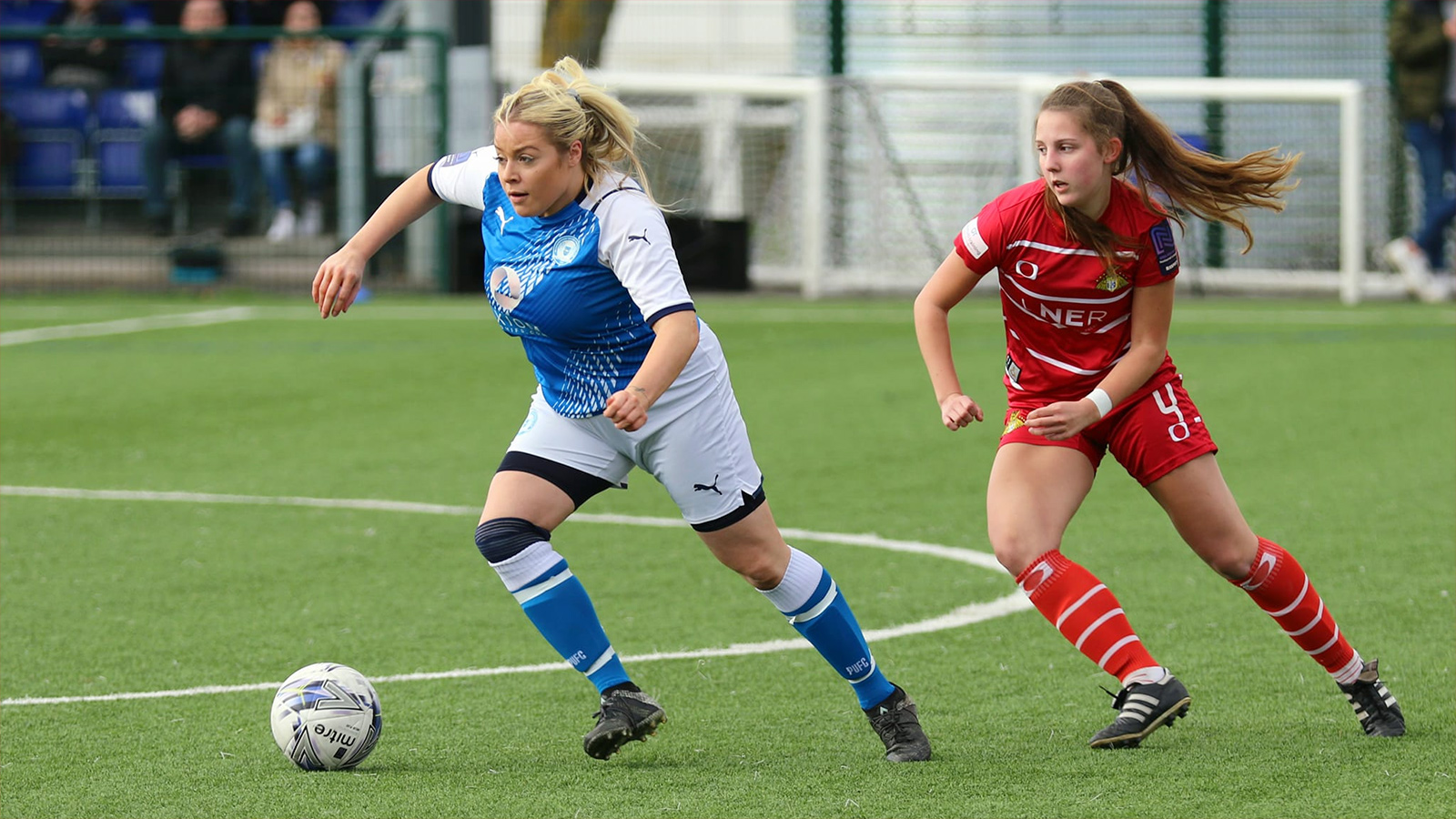 Peterborough United Women recorded a third consecutive draw in the FA Women’s National League Division One Midlands, extending their unbeaten run at idverde training ground to five games, following a goalless encounter against Doncaster Rovers Belles, and were slightly disappointed to not nick the three points at the death when Katie Lowder’s free-kick rattled the woodwork.

Posh certainly started the stronger side in the opening 10 minutes, with Evie Driscoll-King and Katie Steward both having opportunities to break the deadlock. Katie Steward cross from the right-hand side picked out Driscoll-King inside the box and her header forced to Belles’ keeper Eleanor Sharpe into a superb save down her left-side.

Katie Steward then found herself one-on-one with Sharpe after a delightful ball over the top by Jess Driscoll, however, she could only put her effort wide of the target. Sophie Bell saw her shot fly well over the bar after some good hold-up play by Jasmine Saxton.

On 34 minutes, Keir Perkins looked set to have a clear effort at goal, thanks to a clever pass from Beatriz Borque behind the Belles’ defence, but Jess Andrew recovered well to put a last-ditch tackle in and clear the ball from feet of Perkins.

The visitors came the closest to breaking the deadlock in final few minutes of the first-half as Nadia Khan saw her effort deflected onto the crossbar. It was an even encounter in the opening 20 minutes of the second-half, with neither side creating any opportunities.

Dan Lawlor made his first change of the afternoon as Hannah Hipwell replaced Katie Steward on 58 minutes. Belles struck the woodwork for the second time in the match as Lauren Breen corner found Charlotte Dinsdale inside the box and her volley clattered against the post.

Breen fired an effort just over the bar after some good footwork inside the box to evade her defender and create some space to get her shot underway. Posh came inches away from opening the scoring on 67 minutes as Kayleigh Aylmer corner was kept alive by Natalie Hurst at the back-post, she nodded it back into the centre, which was met by Perkins, but she sent her header narrowly over the crossbar.

Lawlor made his second change on 73 minutes as Katie Lowder replaced Beatriz Borque. Cassie received the first yellow card of the match before she saw an effort from the edge of the box deflected wide for a corner to Posh.

The third and final change for Posh was made on 80 minutes as Destiny Makanjuola came on for Natalie Hurst. Posh had to defend strongly for the closing stages of the match to hang onto an impressive point, but were millimetres away from nicking the three points in the dying seconds.

Lowder, who scored a fantastic goal last week against Leafield Athletic, saw a free-kick from edge of the box thunder against the post, the ball rebounded to Driscoll-King who couldn’t adjust her feet in time.