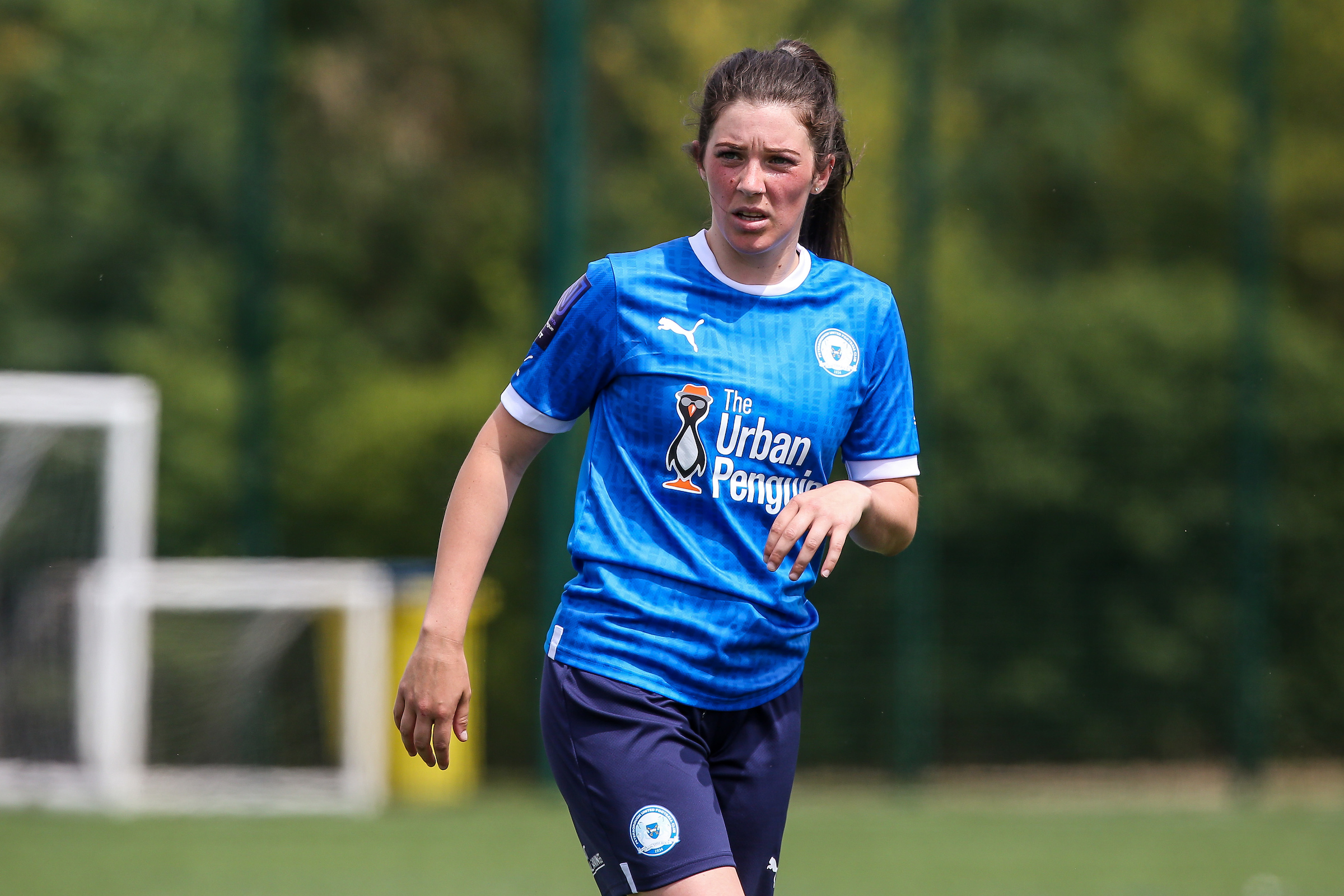 Peterborough United Women were held to a goalless draw by Leafield Athletic at the Dickens Heath Sports Club on Sunday afternoon in the FA Women’s National League Division One Midlands.

Dan Lawlor was delighted with his side’s performance throughout the 90 minutes, but it turned out to be one of those days where the ball simply wouldn’t fall in the back of the net for them, calling Leafield Athletic’s goalkeeper Colette Bell into action on numerous occasions.

The first opportunity came on seven minutes when high pressing from Keir Perkins drew the opposition’s goalkeeper off her line, leaving an open goal for Jess Driscoll to slot home, but she scuffed the shot and sent the ball wide.

Leafield Athletic looked threatening on the break and was inches away from breaking the deadlock on 22 minutes as Kathryn Pagan’s left-footed effort smashed into the post. At the other end, Posh had two dangerous opportunities in quick succession as Tara Kirk’s header was clawed out of the top corner by Bell. Moments later, she got a strong hand to push an effort from Perkins onto the post after a sublime pass from Jess Driscoll to set the forward through on-goal.

Leafield Athletic's attack struggled to break down the Posh defence and caused them very little threat for the remainder of the half. Posh’s dominance continued, and on 41 minutes forced another fantastic save from Bell, tipping a long-range attempt from Perkins over the bar, denying her the opener and leaving the scores all tied at the half-time whistle.

The hosts were quicker out of the traps in the second half as Jessica Lowe’s effort into the near post forced Niamh Corry into a low save on 52 minutes. Kirk saw her strike from the edge of the area saved but was split by the keeper, causing a pinball in the area before being retained into her gloves.

Following a lapse in concentration from Posh on 70 minutes, Samantha Baker saw her effort from distance go inches over the bar after a quick one-two in midfield. Dan Lawlor made his first change of the afternoon on 76 minutes as Kayleigh Aylmer, who picked a small injury moments before, was replaced by Faith Horner. Shortly after, Emily Johnson was introduced for Cassie Steward to make her debut for the first-team after joining the Development Squad earlier this month.

Posh found an extra gear in the final 20 minutes and continue to threaten Leafield Athletic’s box. Another strike from Perkins on the edge of the box was fired low, but Bell once again dived to her right and held onto the ball. Zaiga Lacite's volley from the edge of the box in injury time looked to be heading into the top corner, but Bell was equal to it once again and smothered the ball in her hands.