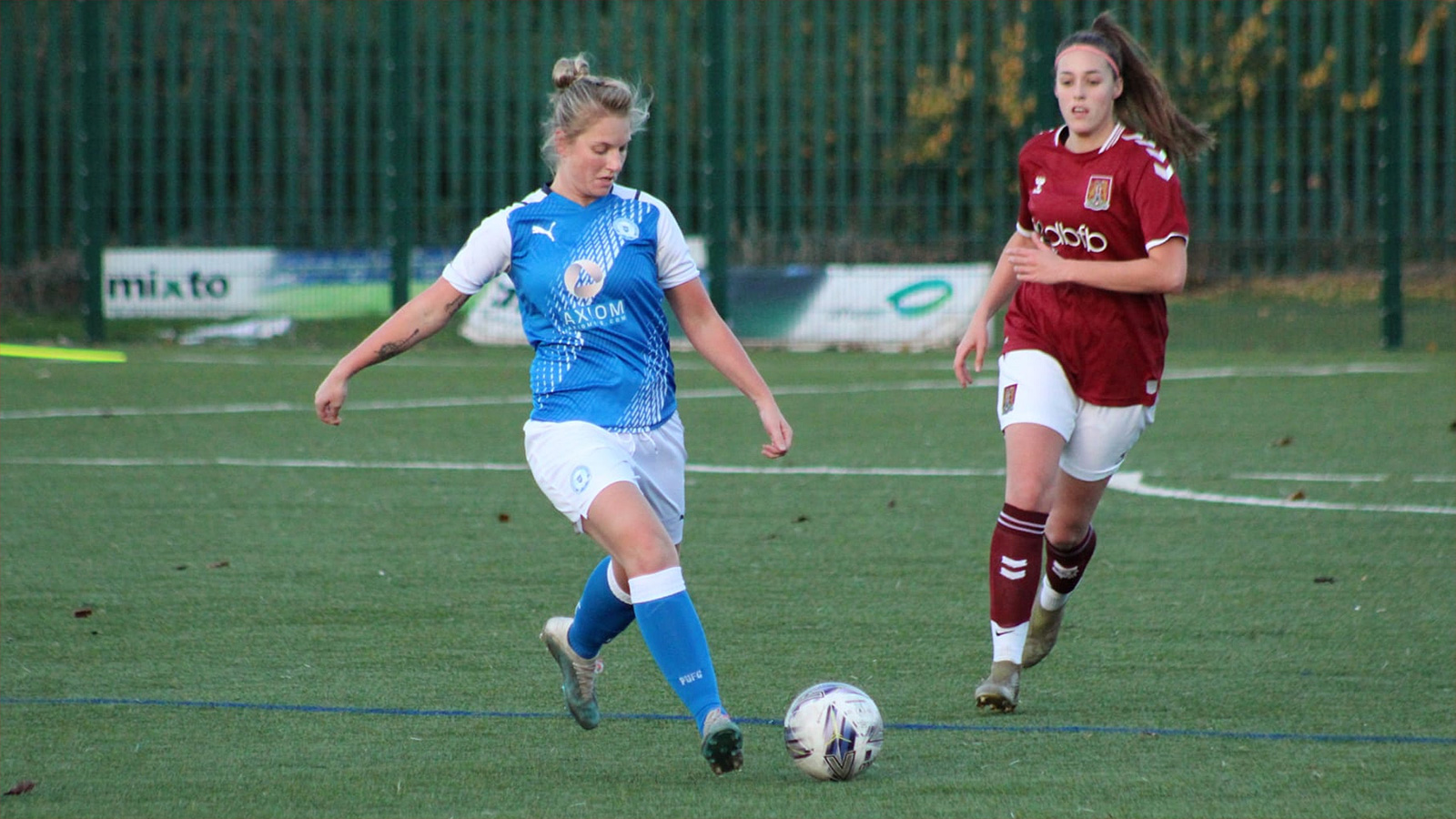 Posh Women Ease Into Next Round Of County Cup

Peterborough United Women ease-through to the next round of the Northants County Cup after a 6-0 victory over Northampton Town Development side at the Idverde training ground, with Hannah Hipwell and Megan Parrett both scoring a brace.

Posh started strongly as the first opportunity fell to Piper O’Neill on seven minutes, as Megan Parrett played in the attacker, but O’Neill couldn’t direct her shot on target. However, four minutes later, Hannah Hipwell broke the deadlock after she collected the ball on the edge of the box and unleashed a stunning strike into the top corner.

Cassie Steward, who started as the lone-striker for Posh, picked up on a loose back-pass and took it around the keeper, but her touch was heavy and the opportunity disappeared. Beatriz Borque saw a shot glance wide of the post after some lovely footwork on the right-hand side to evade Northampton Town defenders.

Niamh Connor came the closest to doubling Posh advantage just after the half an hour mark when the defender rose the highest for Hipwell’s corner but the header was straight into hands of the keeper. Hipwell’s long-range effort rattled the crossbar as Posh continued to threaten for that second goal.

That came eight minutes later, when O’Neill’s corner was not cleared, and after a very scrappy goalmouth scramble in which the ball somehow didn’t end up in the back of the net, McConville fired home from close-range to double Posh advantage.

As the famous saying goes, when you wait for one bus, two turn up at once, and that’s what exactly happened minutes before half-time when a low-driven shot from Borque fell through the hands of the keeper to make it three for Posh.

It was a slow start after the break from both sides, with Jess Driscoll failing to keep her header down from O’Neill’s corner being the best chance in the opening 15 minutes. Northampton Town caved up their first opportunity of the game when their number 48 latched onto a long-ball but her lofted effort was the wrong side of the post.

On 61 minutes, O’Neill cut onto her right-foot and unleashed a curling effort, that was looking goalbound until it deflected off Steward. Hipwell then laid the ball back to an on-rushing Parrett, whose shot kept rising over the bar.

For the second time in the game, Posh struck the woodwork, this time from Driscoll who burst into the box and managed to get a right-footed effort out of her feet but it rattled against the far-post.

As the game entered the final 10 minutes, Northampton Town’s keeper produced a fantastic save to keep out Driscoll’s low-driven shot. On 88 minutes, Parrett grabbed the fourth of the afternoon with a lovely finish to challenge Hipwell’s for goal of the day, as she sent a curling effort from edge of the box into the top corner after working it onto her right-foot.

On 90 minutes, Parrett doubled her tally on the afternoon, and this time a simple finish, tapping home from close-range after Hipwell’s cross was not cleared. Minutes later, Hipwell also grabbed a brace with another brilliant strike for the edge of the box, rounding off a great performance and progression into the next round of the competition.