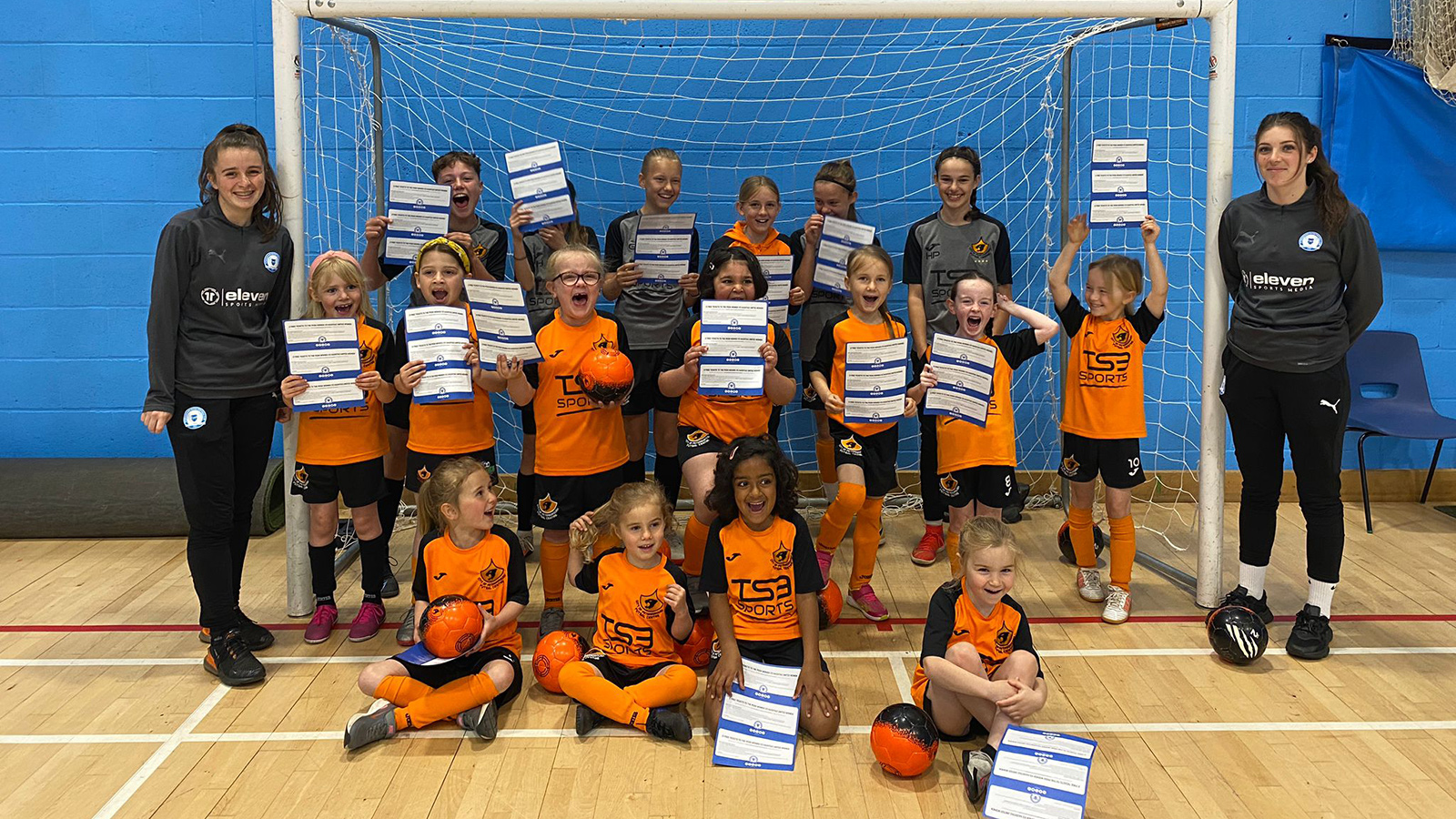 Hendrick, who currently coaches at COPFC and has played at futsal level, was joined by Driscoll at Nene Park Academy to present the next generation of female footballers with tickets to Posh Women’s game against Hashtag United on Friday 20th May.

The pair were also on hand to pose for photos, answer questions about their journey, and oversaw a skill show from all the futsal players before watching the training sessions.

Tickets remain on saLe at www.theposhtickets.com and via the Weston Homes Stadium Box Office.