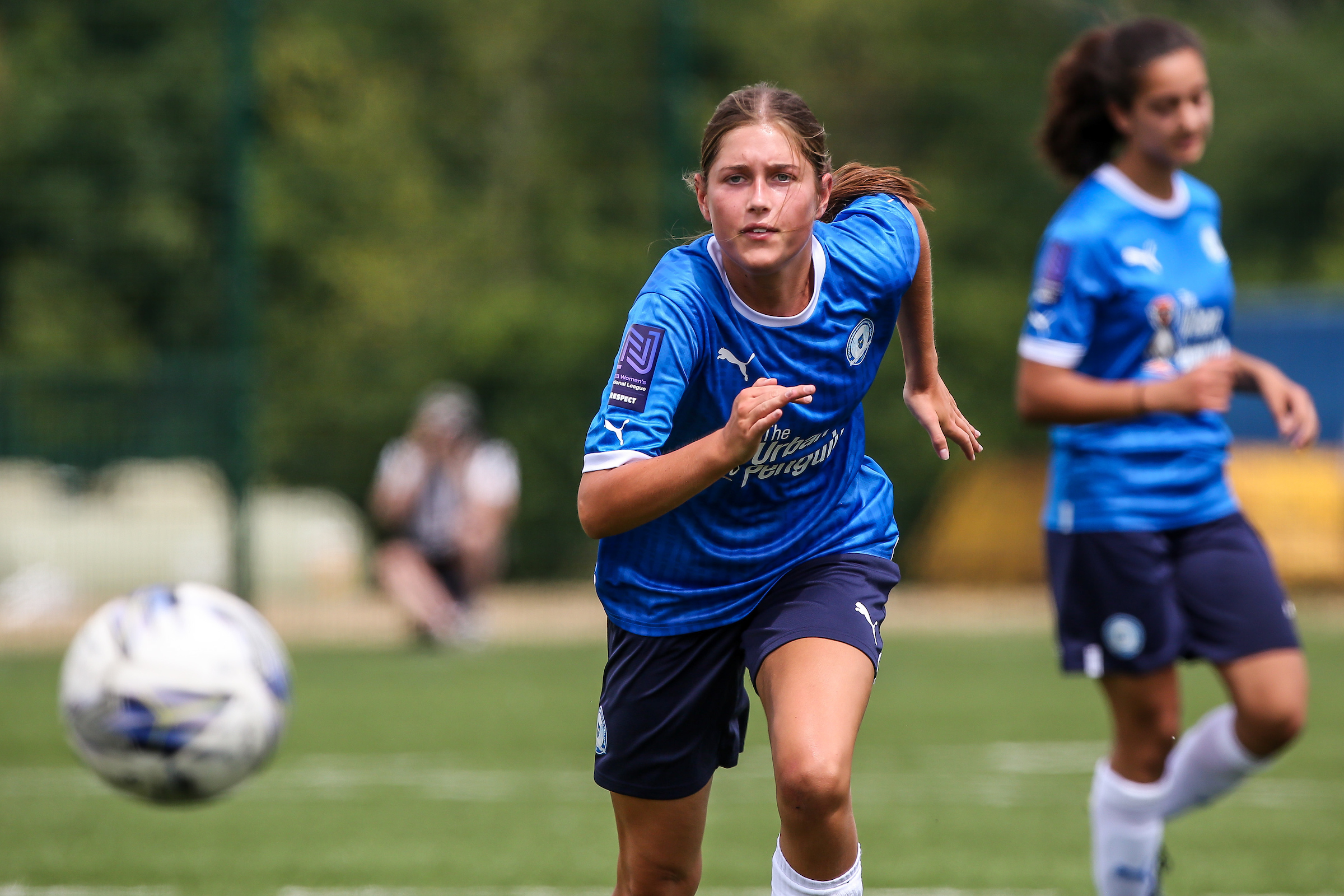 The Posh Women Development Squad fall to defeat in the season opener.

It was Posh who created the first opportunity of the game as Kacey Sharman played Alice Macnicol through on-goal, but her shot was tipped over the bar by the Cobblers’ goalkeeper. The subsequent corner led to another chance as Ellie Scotland’s corner fell to Macnicol, who volleyed just wide of the left post.

Just shy of the half-hour mark, Scotland played an inviting through ball into Andreia Oliveira, but she scuffed her shot across goal. The Cobblers began to respond to the Posh pressure with their striker going through on goal, only for Neive Corry to collect the ball on the edge of the area. On 34 minutes, Posh deservedly took the lead as Corry floated in a free-kick from inside the Posh half, SCOTLAND chested the ball down and guided her effort into the bottom left corner.

The Cobblers grew into the game and found the equaliser on the 44 minutes as their unmarked defender headed a ball in from a corner. Straight from the restart, Northampton Town quickly stole the ball and ran through a stationary Posh team, with their striker slotting the ball past Corry.

The Development Squad responded after half-time and created a great chance in the opening five minutes of the restart, as Macnicol dinked the ball over The Cobblers’ defence for an advancing Scotland whose first-time volley went just wide of the post.

On 65 minutes, Posh carved out their best chance to equalise as Scotland was through on-goal once again, but saw her shot parried away by the goalkeeper. Posh were left reeling that chance as The Cobblers increased their lead within minutes after an easy tap-in for their forward. They grabbed the fourth goal just four minutes later as a cross towards the back-post wasn’t cleared and the forward tapped home from six yards out.

The hosts continued to push forward and added a fifth on 75 minutes as an unmarked midfielder fired a header past Corry. It became six on 78 minutes as Northampton Town’s forward advanced towards goal and slotted the ball past Corry into the bottom right corner.

Manager Shaun Harley said after the game, “It’s a really disappointing result because we were in control for large parts of the game and I was proud of how we played in the first 40 minutes. We were causing them lots of problems, but to concede two late goals in the first half was unforgivable.

"It changed the dynamics of the game. The biggest concern is the way we fell apart, especially with the girls that came on. Obviously, the score isn’t great but it’s the first game of the season and there are plenty of games to come. However, it’s quite clear that lots of work need to be done, but as I said before the game, I think this particular game has come one or two weeks too early for us.”