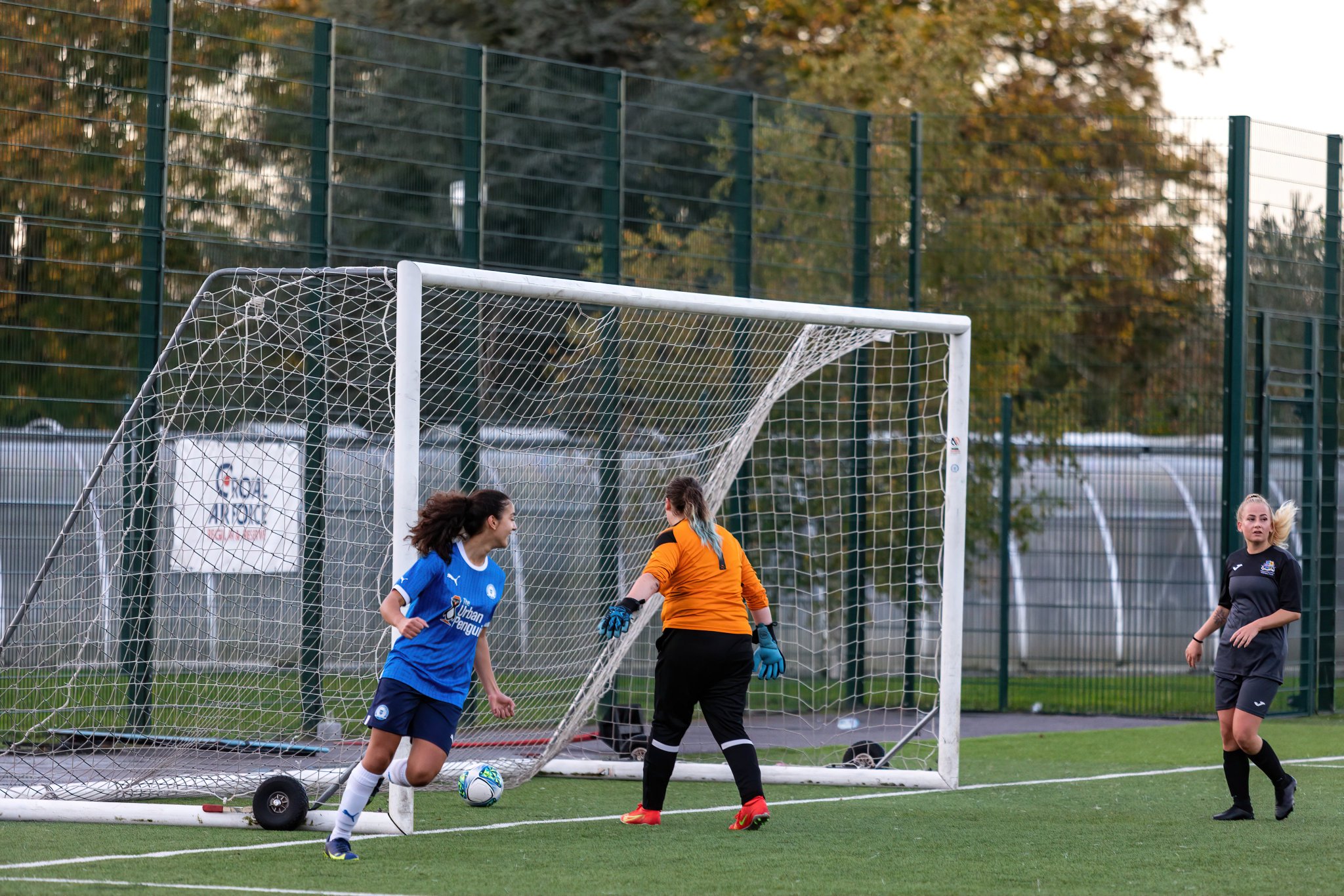 The Posh Women Development Squad climbed to second in the table after a 3-1 victory over Thrapston Town Ladies on Sunday afternoon in the East Midlands Women’s Regional Football League Division One South.

A brace from Andreia Oliveira, a curling effort from Emily Johnson and a handful of saves from Danni King secured the three points for Shaun Harley’s side in their first home fixture of the season.

It was a lively start for Posh as they created the first opportunity inside two minutes with Emily Johnson released through on goal by Hannah Murphy, but her tame effort went wide of the post. Posh continued to press forward with Kacey Sharman, Oliveira and Johnson squandering chances following great build-up plays.

Posh Women deservedly took the lead on 25 minutes as they forged a counter-attack from a Thrapston corner, Murphy drove forward before finding OLIVEIRA in acres of space on the left and she fired the ball into the top right corner. Posh thought they doubled the lead two minutes later following E. Johnson’s cross from the right, but Oliveira’s tap-in was ruled out for offside. As the first half drew on, Posh continued to threaten going forward with E. Johnson firing into the side-netting and Murphy seeing a header cleared off the line from a corner.

Thrapston Town equalised almost straight after the restart as Amelia Boddington pounced on a D. King error and slotted the ball into an empty net from outside the box. Posh regained momentum and, on 50 minutes, clipped the side-netting once more as Johnson cleverly found Sharman inside the box.

Posh retook the lead on 60 minutes as Maddison Moore played JOHNSON through on the right and slotted the ball into the bottom left corner. D. King was forced into a quickfire double save shortly after as Thrapston Town chased another equaliser, but it was Posh who found the net again to make it 3-1 just minutes later as Johnson advanced down the right, sent a low cross into the box and OLIVEIRA was there to tap home.

Posh continued to press forward as substitute Katie Barber flashed an effort wide of the post. Thrapston had a couple of chances of their own, however, attacks were sparked out courtesy of excellent defending, including blocks from Olivia Wheatley and Leah Barnes off the line.