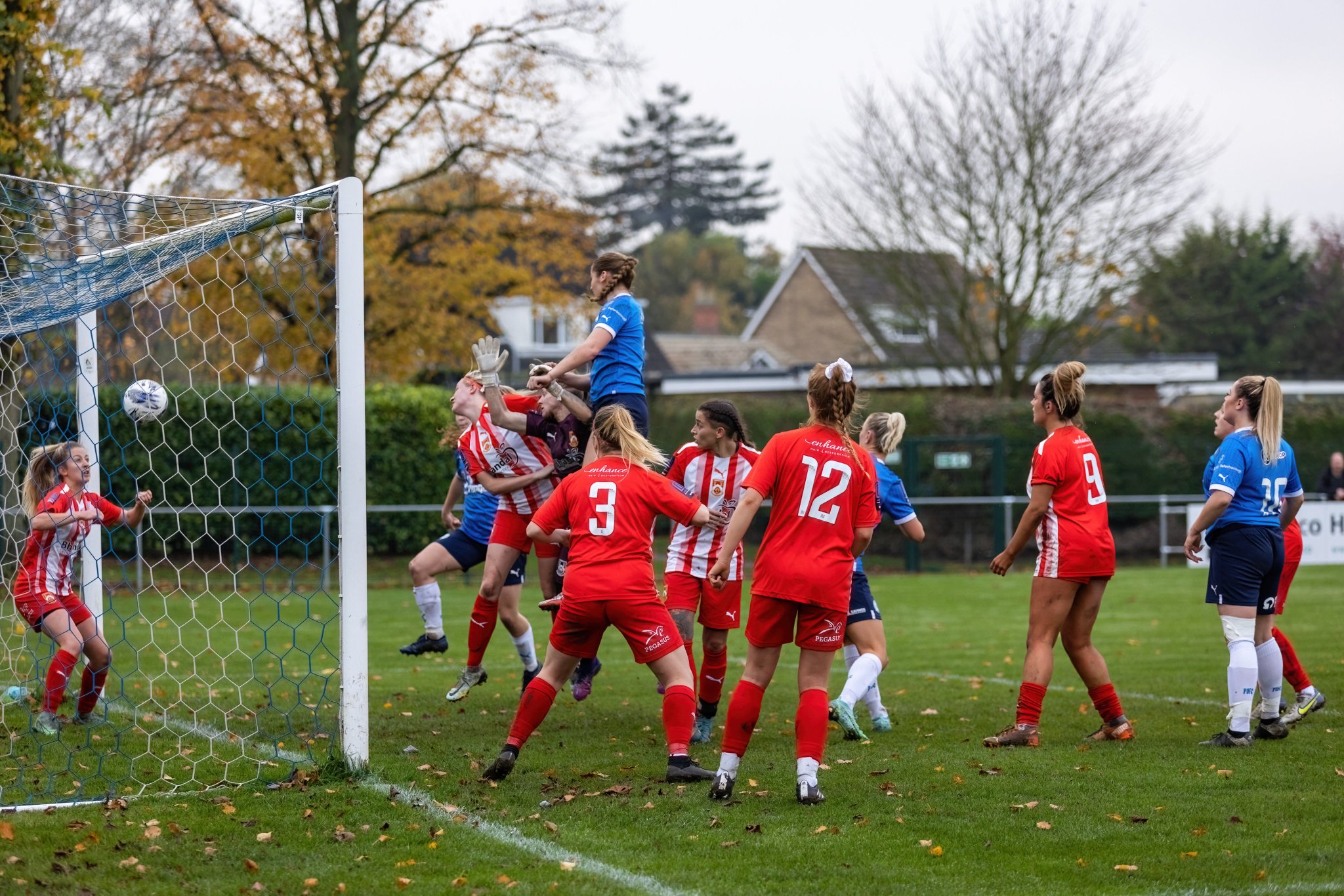 Posh Women into the next round of the Vitality Women’s FA Cup after late drama at Abbey Lawn.

A last-minute winner from Keir Perkins in extra-time secured another moment of history for Peterborough United Women, progressing into the second round of the Vitality Women’s FA Cup for the first-time in the club’s history after a 2-1 victory over Stourbridge Women at the Abbey Lawn on Sunday afternoon.

The visitors saw the first opportunity after 13 minutes with Stourbridge’s in-form forward Niamh Deasy smashing her effort against the woodwork. Posh wasted no time in response to the threat, as just four minutes later, Perkins shrugged off her defender, advanced into the box before playing the ball across to Kayleigh Aylmer in the box, but her effort went over the bar.

Megan Lawlor was inches away from breaking the deadlock on 26 minutes after her effort from inside the box hit the underside of the crossbar before an attempt from Perkins on the rebound was smothered by the keeper.

Esme Moran’s effort from distance forced Neive Corry into a low save, pushing the ball around the post. However, Dan Lawlor’s side broke the deadlock on 44 minutes as Niamh Connor rose highest from Aylmer’s corner to head home from close-range.

The visitors came out quickly in the second half after superb feet from Mil Rogers, but Deasy sent her low cross over the bar. Just two minutes later, Stourbridge looked to threaten again, but this time, Alex Nicklin’s effort was blasted over the bar.

On 78 minutes, Hannah Fishwick found the equaliser for Stourbridge as she fired the ball into the bottom corner from the edge of the box. Corry produced another fantastic save in the closing stages, tipping Deasy’s effort around the post as the referee blew his whistle, sending the game into extra-time.

Posh made their first change on 98 minutes as Kirk was replaced with Oliveria. On 103 minutes, Jess Evans saw her header cleared off the line as Posh continued to search for the winner. The second half of extra-time saw Posh make another two substitutions, with Eden Bailey and Nicole Hendrick replacing Aylmer and Steward.

As the game looked to be heading into penalties, captain Perkins stepped up to produce a moment of history for Posh into added time of extra-time, as Oliveria found Perkins, who spotted the keeper off her line and sent a lofted effort from the edge of the box into the back of the net.