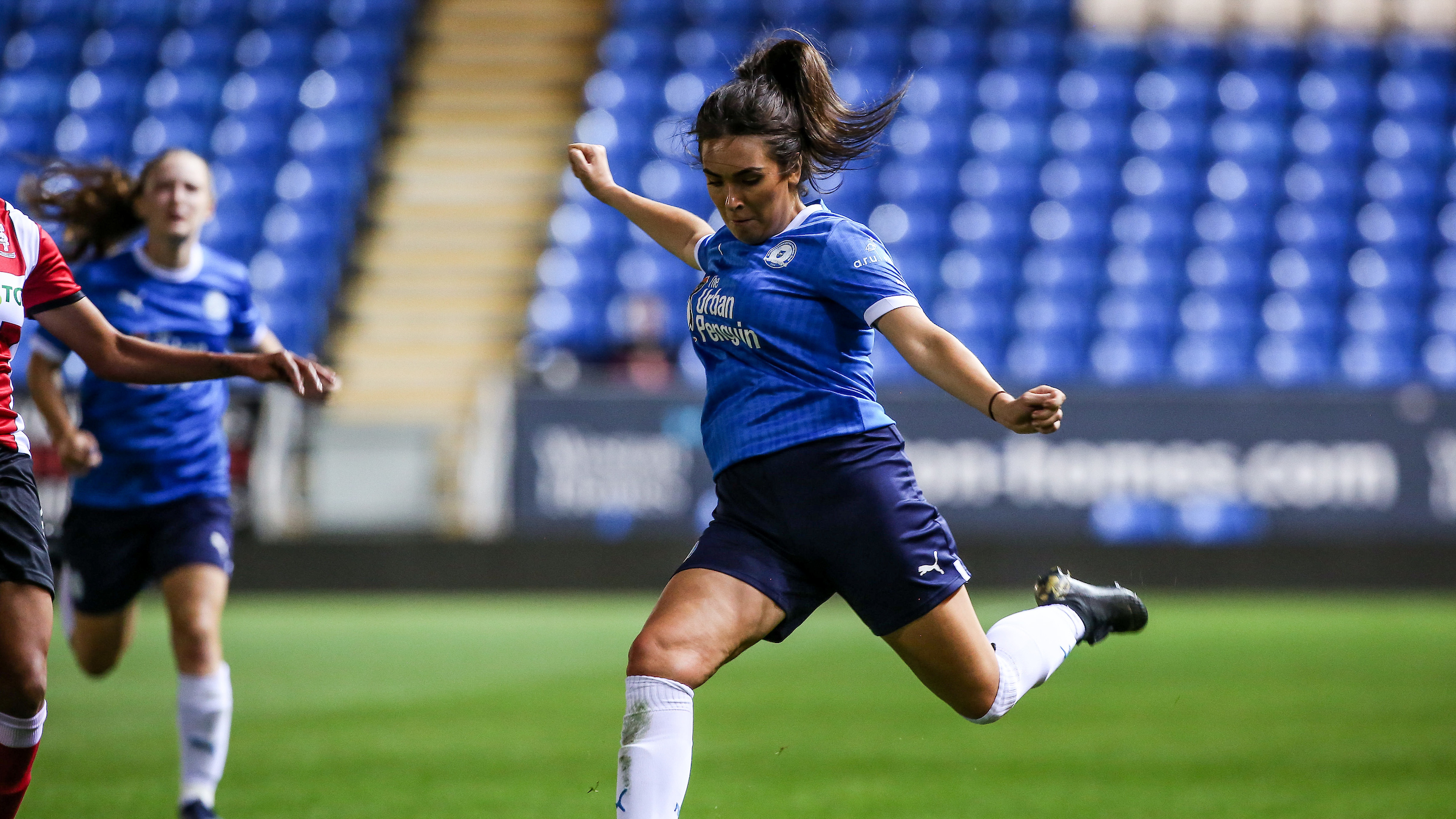 Posh Women To Compete In The FAWNL Plate

Posh Women suffer defeat in their first game at the Abbey Lawn.

Peterborough United Women are set to compete in the FA Women’s National League Plate following a 1-0 defeat after extra-time to Stockport County on Sunday afternoon in the Determining Round of FAWNL Cup, which was played in front of over 300 supporters at the Abbey Lawn.

It was nearly the perfect start for Posh inside the opening minute as a low cross by Tara Kirk was played across the face of the goal, but failed to cause any problems. Jess Evans replicated a similar ball into the box a few minutes later, with Megan Lawlor at the back-post this time, but failed to make a connection on the ball.

Stockport County threatened on 11 minutes as a long-ball forward found Harriet Houghton behind the Posh backline, but Evie Driscoll-King recovered quickly to make a superb challenge. The defender was then involved in Posh's next best chance as she played a defence-splitting pass on the outside of her right-foot to feed Perkins through, however, the Stockport County keeper was out quickly to prevent Perkins from getting her shot away.

Posh were forced into an early change on 37 minutes as Evans struggled with a minor knock and was replaced by Jess Driscoll. The best opportunity of the first-half fell to the visitors’ Kenzie Bentley on 40 minutes as a low cross found her inside the box, and from six yards out, she sent her effort wide of the post.

Dan Lawlor made two changes at the break as Zaiga Lacite and Elloise Copson were replaced by Lucie Mugride and Cassie Steward. Maria Figueiredo, who was also introduced at half-time for the visitors, was inches away from breaking the deadlock, failing to get her boot on the ball following a low cross from the right-hand side.

On 65 minutes, Figueiredo sent an effort into the side-netting as the visitors pushed for the opener at the Abbey Lawn. Eden Bailey was introduced on 72 minutes for her competitive debut for the club as she replaced Lawlor. As the game headed for extra-time, Kira Markwell was called into action in the final seconds, diving to her right to keep out Liv Wild’s effort.

The game headed for an extra 30 minutes and on 95 minutes, Kirk saw a lofted effort easily gathered by the keeper following a Driscoll-King cross that wasn’t cleared by the Stockport County defence. The deadlock was eventually broken on 99 minutes as a low cross was palmed away by Markwell, but only to Figueiredo and she fired home from close-range.

Posh had one last opportunity on 114 minutes as a quickly taken throw-in from Steward allowed Driscoll to advance down the left-hand side, but her cross was just too far infront of the on-rushing Kirk at the back-post. Posh will now compete in the FA Women’s National League Plate.