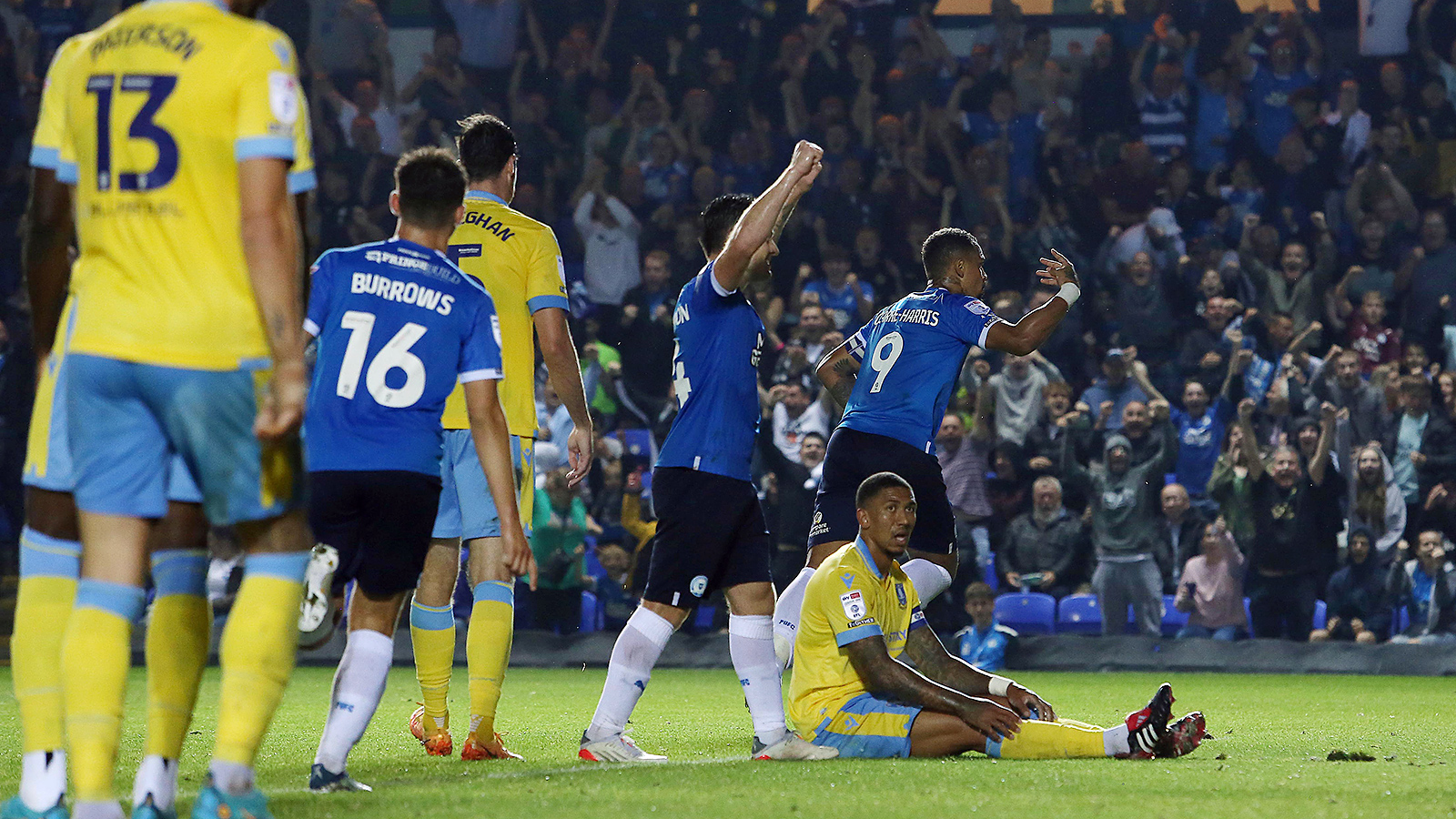 Two goals in the second half earned Posh a 2-0 win over Sheffield Wednesday at the Weston Homes Stadium.

After a quiet start to the encounter, it was Jonson Clarke-Harris who won and took a free-kick from around 25-yards out for the first opportunity towards goal of the game, but his well-struck set-piece struck the wall.

Jack Marriott went close to finding the breakthrough on 29 minutes after latching onto a throw on from Burrows, but shot as tremendously blocked by a retreating Palmer. The visitors were reduced to 10-men on 34 minutes as James was shown a straight red card for a high foot on Joe Ward.

Frankie Kent was cautioned three minutes later for a foul on Paterson with tempers flaring. The experienced Stockdale produced a superb stop to keep out a swerving effort from Jack Taylor from fully 30-yards as Posh found some pockets of space deeper than the Owls rear-guard.

As the first half drew to a close, Marriott saw a toe-poked effort on the stretch saved by the legs of Stockdale. Fuchs also had a shooting chance, but he blazed over from the edge of the box before Posh were left scratching their heads as the ball didn’t cross the line as Ward’s cross caused panic with Clarke-Harris and Marriott both trying to force the ball home.

Taylor fired wide from long-range two minutes into the second half after finding a little room in the middle of the park. Lucas Bergström produced a stunning reaction save to keep out Will Vaulks on 50 minutes as the visitors made a lively start to the second period.

Burrows dragged a shot wide of the near post at the other end after Posh worked a short corner pretty well. Marriott was a whisker away from diverting a superb Burrows centre at goal on 57 minutes, but it drifted just wide.

Ihekwe was cautioned for dragging back Marriott on the hour mark as Posh tried to break at pace. The deadlock was broken on 64 minutes and it was that partnership that has produced so many Posh goals, Ward down the right, his delicious cross and Jonson CLARKE-HARRIS is there to head home from close-range.

Burrows saw a deflected effort loop over the top on 73 minutes as Posh pushed for a second goal. That second goal arrived three minutes later as a expert cross from Ben Thompson was met by Jack TAYLOR, who netted his first goal of the season, one he thoroughly deserved for his display against the Owls.

Bergström made a smart stop diving to his left to keep out a low Windass effort on 85 minutes as Wednesday threatened a goal back.  Jack Taylor was denied a second in stoppage time by a flying Stockdale stop before the referee brought an end to an absorbing contest.