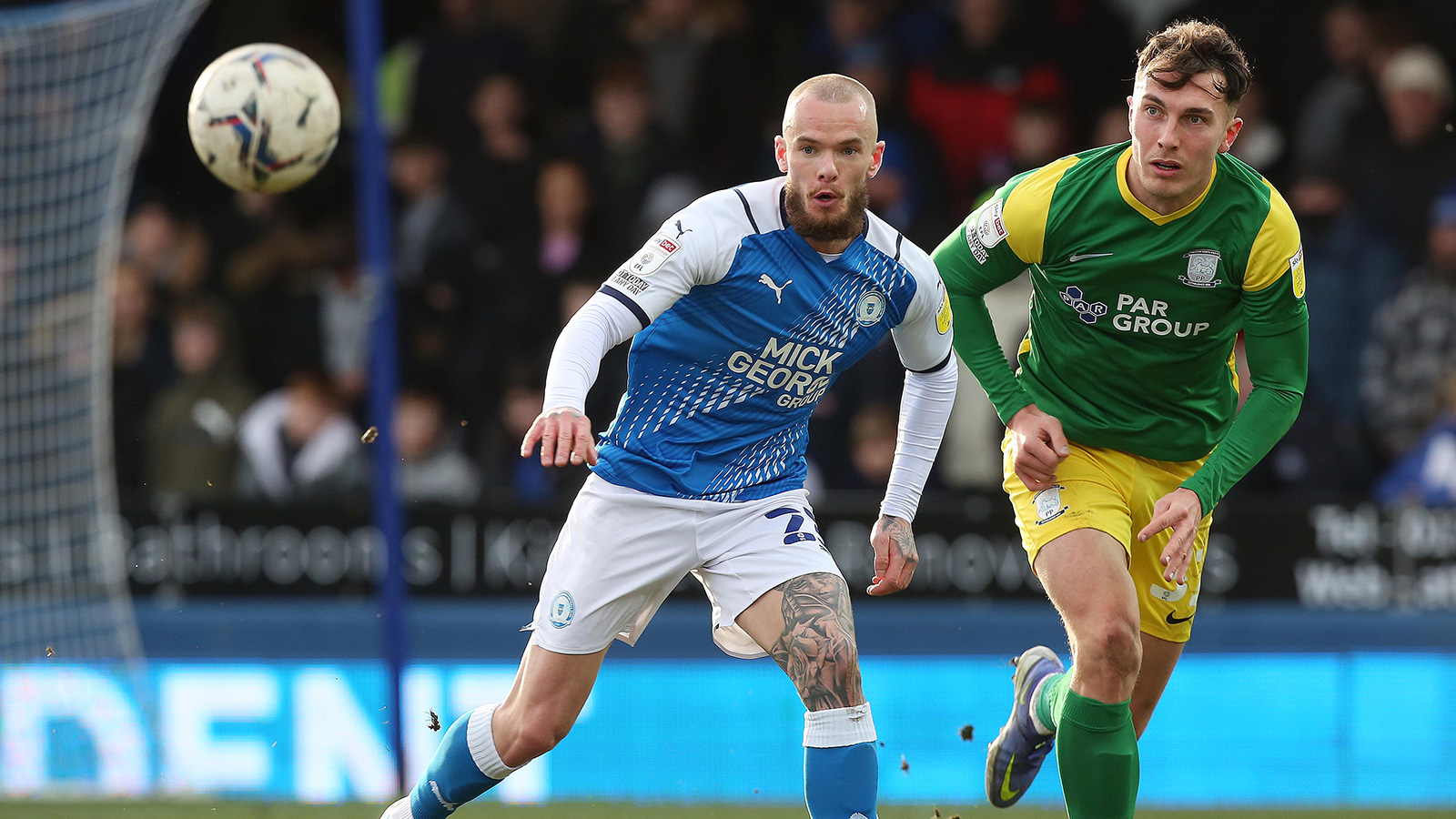 Posh were beaten 1-0 by Preston North End and will feel unfortunate not to take anything from the contest.

Peterborough United put in a much improved display full of heart and commitment, but were ultimately undone by a piece of quality from on-loan striker Cameron Archer to give Preston North End all three points at the Weston Homes Stadium.

Former Posh defender Andrew Hughes saw an overhit cross catch the wind on six minutes and clip the top of the crossbar as the visitors tried to make ground down the Posh right. Kwame Poku saw good skill to nutmeg his opponent on 22 minutes, but his shot was deflected and looped kindly into the arms of Iversen.

Patrick Bauer was shown the yellow card for a foul on Clarke-Harris on 26 minutes as Posh tried to break forward. From the resulting set-piece, Clarke-Harris struck the wall, but as the ball was recycled, a Brown cross was flicked on by Fuchs to Clarke-Harris at the back post but he couldn’t get enough power on his shot to divert it past the keeper.

Skipper Norburn saw a low shot gathered by Iversen on the half hour mark as Posh worked it nicely across the midfield. Darren Ferguson’s men were a whisker away from taking the lead on 38 minutes as pressure from Thompson won the ball, Ward squared for Brown who saw his left-foot shot go inches wide of the post.

Posh carved out a good opportunity on 56 minutes as Ward and Clarke-Harris exchanged passes with the former’s low shot superbly kept out via the legs of goalkeeper Iversen. Poku had a great chance moments later from a Ward centre, but he couldn’t keep his close-range effort down.

Both sides made a change on the hour mark with Preston introducing Ched Evans while Posh replaced Coulson with Bali Mumba. Clarke-Harris tested Iversen from 35-yards on 69 minutes, with the keeper doing well to beat the ball away to safety.

Posh were a whisker away from the breakthrough on 78 minutes as Joe Ward cracked a free-kick against the crossbar from 35-yards. However, in a fine example of how luck doesn’t run for you if you are near the bottom, the visitors got a run of the ball and ARCHER and curled into the top corner.

Posh made a change on 80 minutes as Jack Marriott replaced Fuchs in an attacking change.