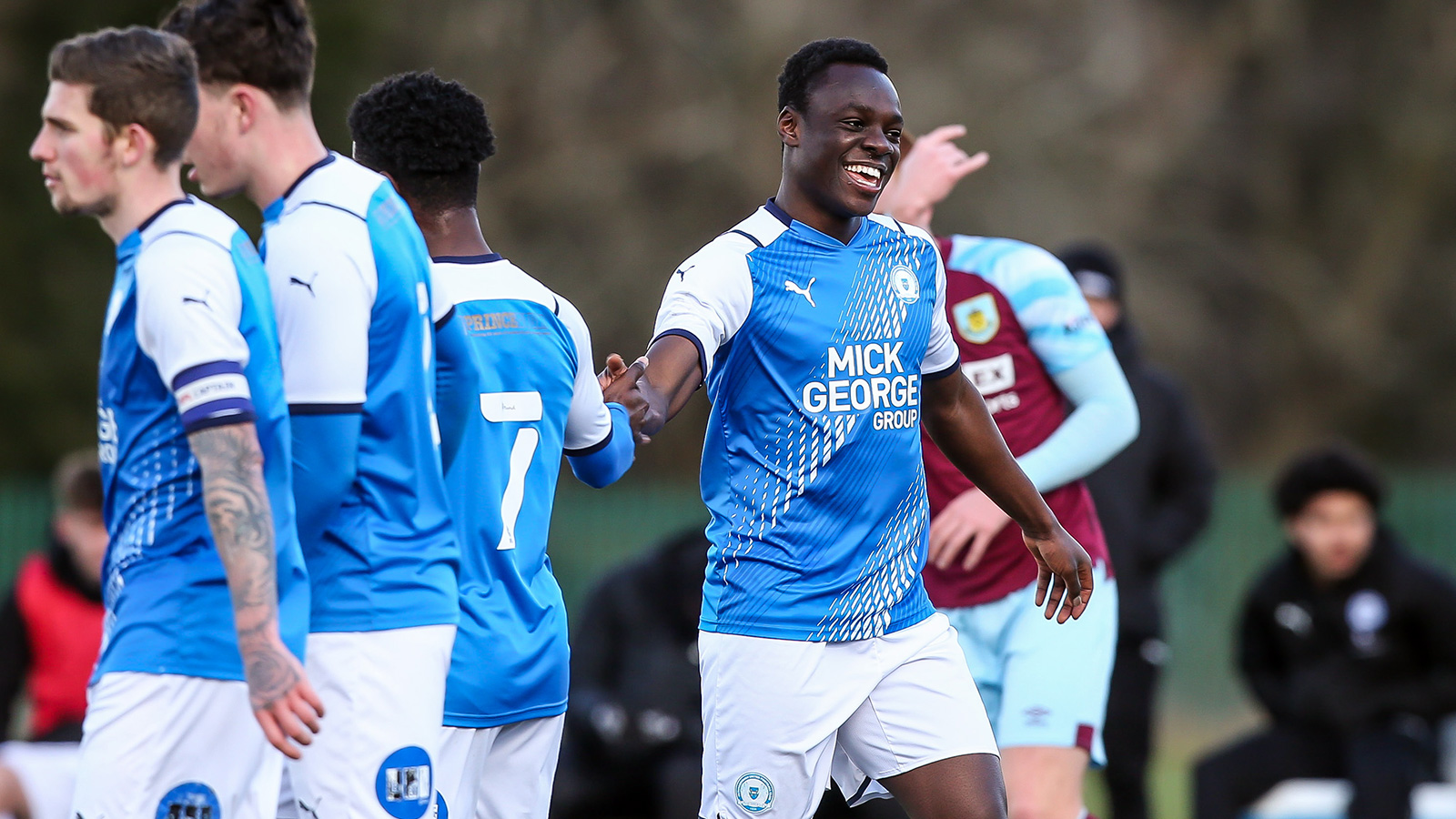 Posh Under 23s Set For Addicks Tie After Cup Progress

The Peterborough United under 23s will welcome Charlton Athletic in the last 16 of the Premier League Cup after the Posh youngsters secured their progress into the knockout phase with a notable 5-2 success over Burnley on Thursday afternoon.

It capped a tremendous group phase for Posh who finished top of their four-team section despite tough opposition in Sheffield United, Burnley and Everton. Posh did the double over the Clarets and picked up three points against the Toffees on the road and put in strong performances against the Blades with a mixture of players available.

In fact, the win over Burnley on the day that Grant McCann was appointed as first team football was a hugely impressive success, with three under 18 players on the pitch at all times, and injuries to a number of regular under 23s affecting availability.

Academy Manager Kieran Scarff said: “To top the group, a group that included Premier League sides in Burnley and Everton and a strong under 23 squad in Sheffield United, was a tremendous achievement and the coaches and players involved in that should be proud. We now face Charlton at home in the last 16 and we obviously want to go as a far as a we can in the competition.

“I have said on many occasions that the under 23s is a really important part of our structure and qualification from this group is testament to all the hard work that is going on behind the scenes.”