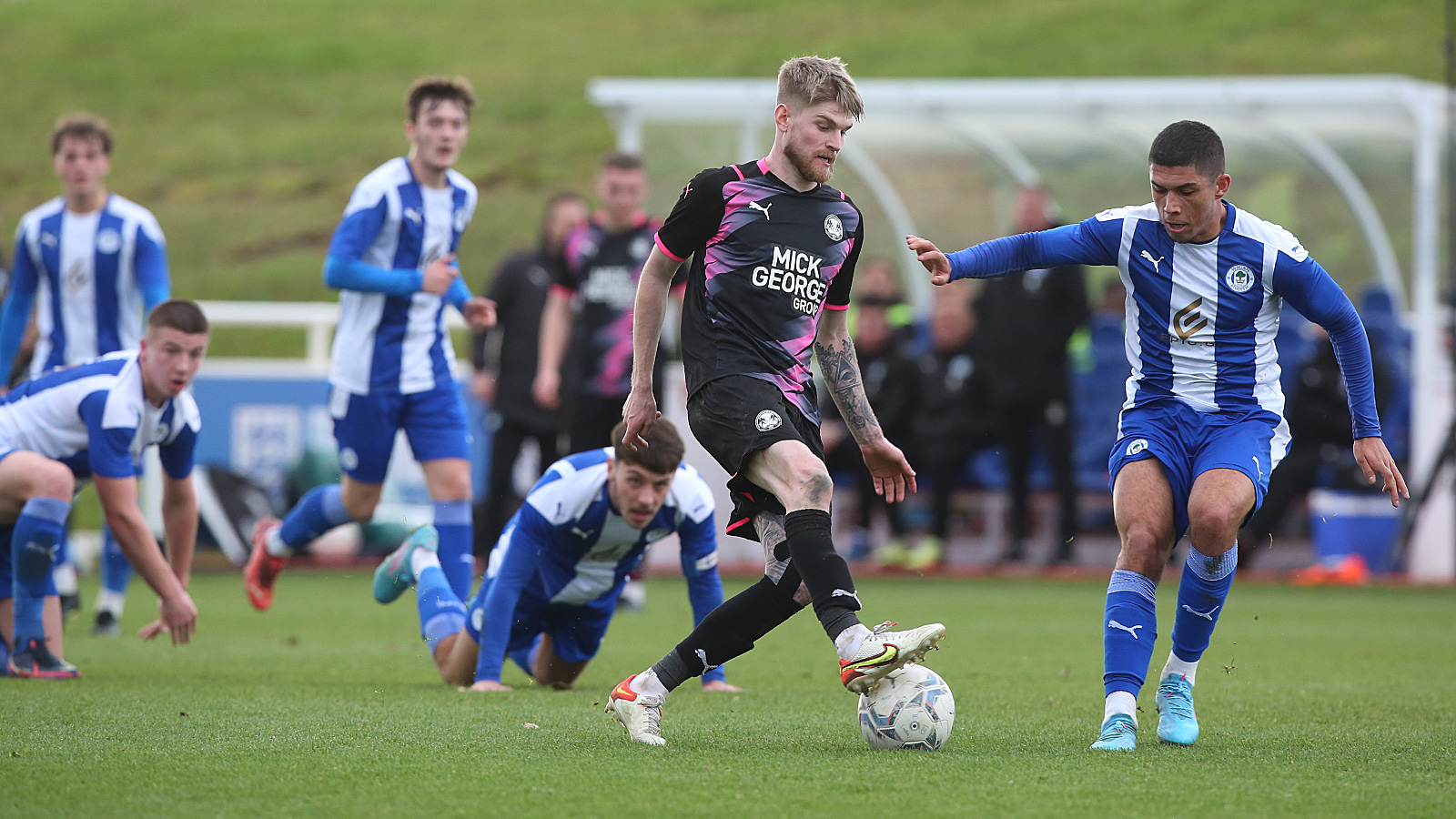 Posh Under 23s Beaten By Wigan

The Posh under 23s were beaten 3-2 by Wigan Athletic at St. George’s Park on Wednesday afternoon.

The Peterborough United under 23s were beaten 3-2 by Wigan Athletic following an entertaining encounter at the home of English football, St George’s Park, on Wednesday afternoon.

Simon Davies’ men raced into a 2-0 lead but were pegged back and eventually beaten by the Latics with this encounter far different from the one a number of weeks ago, which ended goalless at the same location.

Posh, who included new signings Reece Brown and Hayden Coulson in the starting line-up, controlled the first 45 minutes and played some delightful football with chances aplenty. It was on-loan front man Callum Morton who opened the scoring, racing onto a delightful through ball by Brown to coolly slot past the keeper with his left-foot.

Coulson, Randall and Brown were all withdrawn at the break in a pre-planned change and one of those substitutes, Kai Corbett, soon doubled the Posh lead, tapping home from close-range after superb work from Morton and Jones.

However, the Latics reduced the arrears with a fine strike from Chris Sze and Harry McGee levelled the scores with a header from a corner. Goalkeeper Will Blackmore made three excellent stops, while Kyle Barker and Morton were both denied at the other end.

The visitors secured all three points in the last quarter as Dean Pinnington tapped home from close-range. Corbett fired over from distance while an acrobatic effort from Connor Peters was deflected wide as Posh pushed for a leveller.