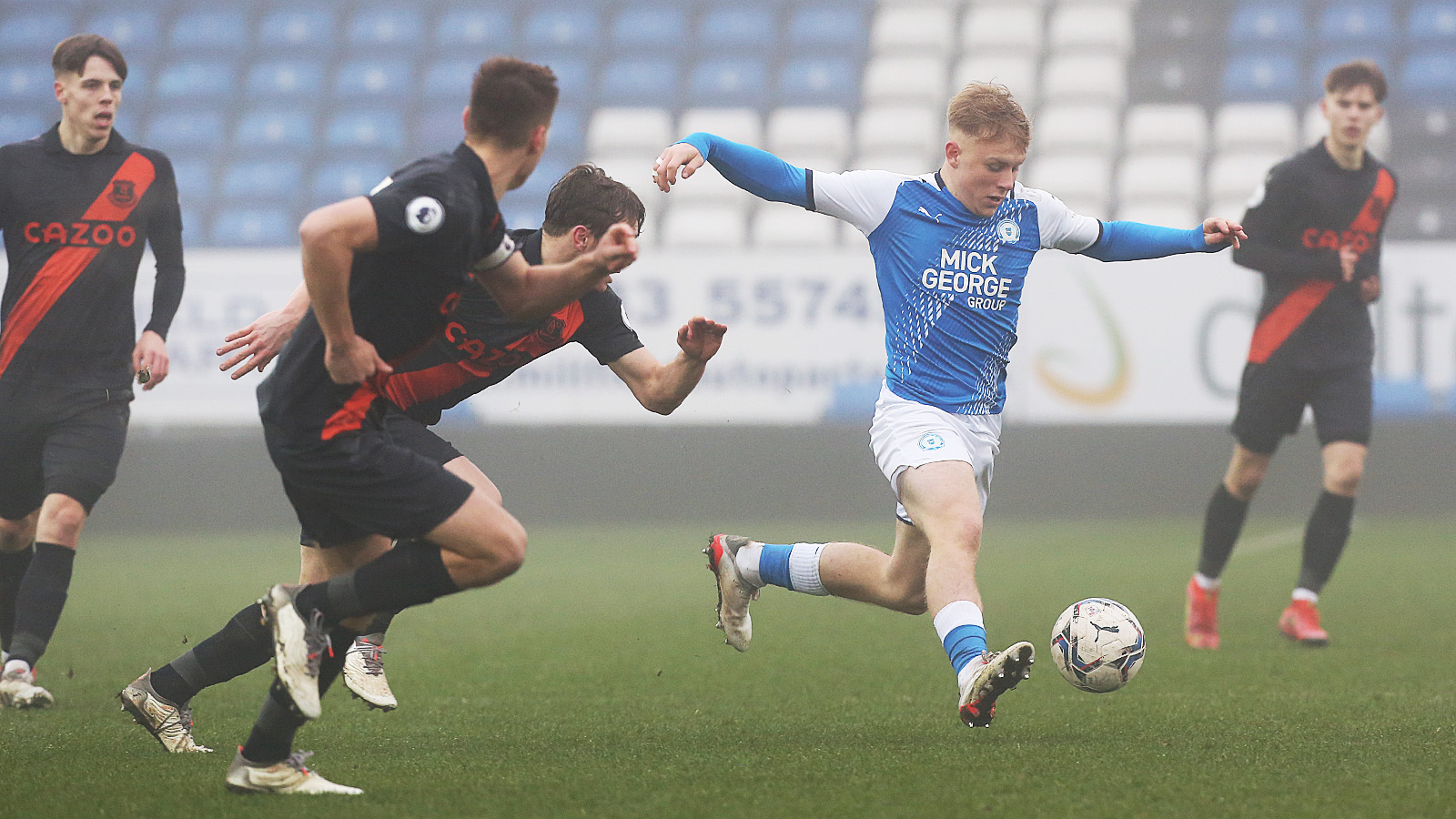 Posh Under 23s Beaten By Toffees

A solitary goal was the difference between the sides as Everton under 23s claimed a 1-0 success over Posh under 23s.

Peterborough United’s under 23s were beaten 1-0 by Everton at the Weston Homes Stadium in the latest Premier League Cup fixture with the Toffees finding the breakthrough late in the contest, which was played in foggy conditions in PE2.

It was a quiet opening 45 minutes of this Premier League Cup tie, but Posh certainly produced some excellent football in tricky conditions at the Weston Homes Stadium. Joe Taylor fired wide from just inside the penalty area, while midfielder Luke Harris probably had the best opportunity for Simon Davies’ men, but he fired over after good work from Taylor.

At the other end, Everton striker Tom Cannon fired wide after racing clear with the referee pointing for a corner, suggesting goalkeeper Dan Gyollai got a slight fingertip to the effort. Ethan Bojang saw a shot from range blocked while Taylor also had an effort blocked.

Emmanuel Fernandez was cautioned for a foul five minutes into the second half. Price skied a half volley over the crossbar on 64 minutes as Everton sensed a breakthrough. Taylor fired over the top via a deflection moments later as the action switched quickly.

Posh made a double change for the final 20 minutes as Lewis Darlington and Will Van Lier replaced Oluwabori and Chong. Everton keeper Harry Tyrer did well to keep out a downward header from Fernandez from a Luke Harris set-piece as the game entered the final 15 minutes.

An error from Fernandez was latched upon by Cannon, but goalkeeper Dan Gyollai made a smart stop before Harris completed the defending. The visitors opened the scoring on 78 minutes when a free-kick routine was intercepted and the Toffees broke at pace with the ball eventually making its way to MILLS, who took a touch before driving low past Gyollai.

Taylor was superbly denied by keeper Tyrer after making space for himself in the box, but he was forced off in the aftermath with Gabe Overton introduced. Lewis Warrington struck the crossbar as the game moved towards stoppage time after Fernandez was dispossessed by Kouyate.