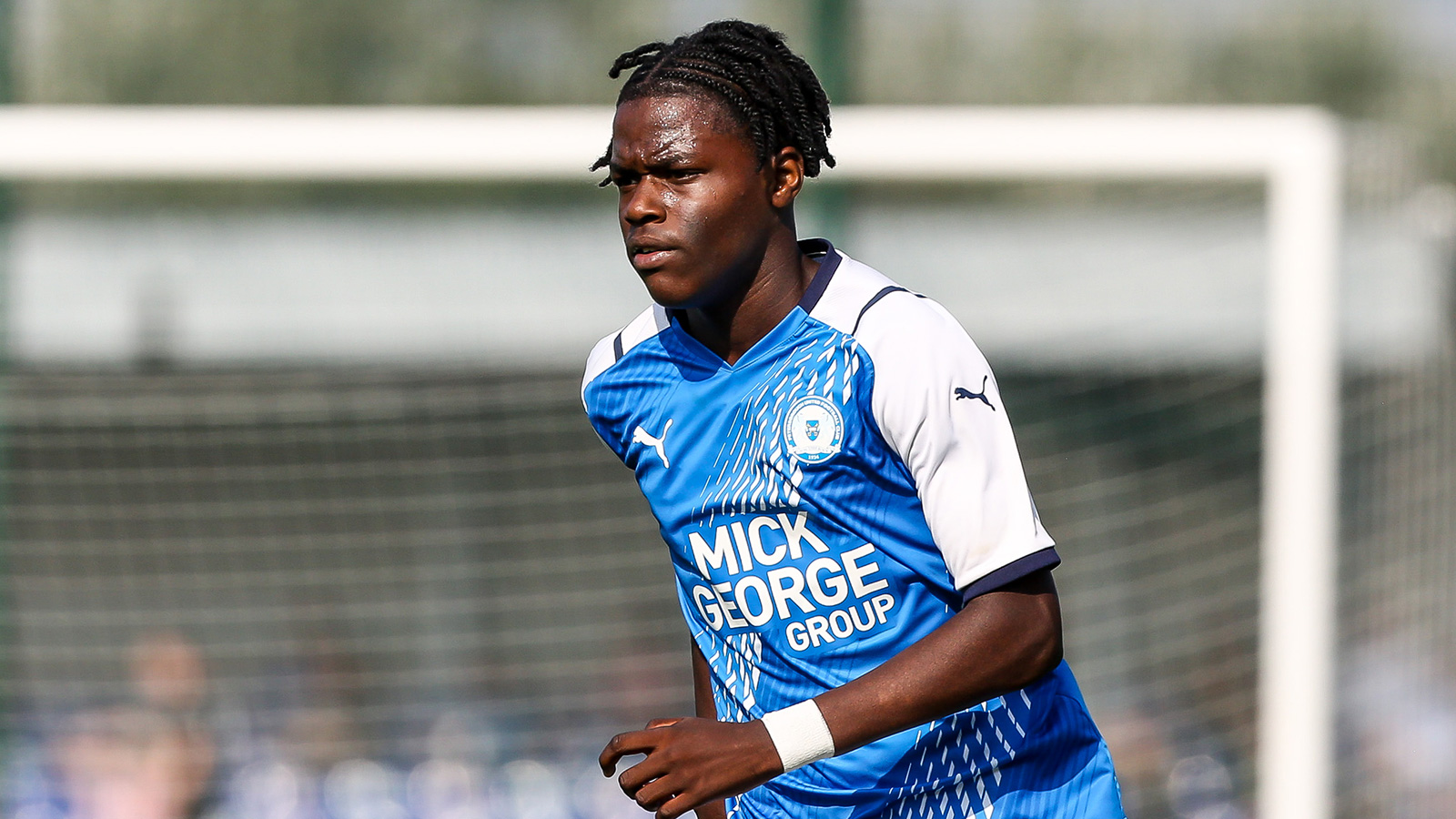 Posh under 18s record impressive away success at Hull City.

The Peterborough United under 18s romped to a 4-1 success at Hull City on Saturday with four different scorers on target for Jamal Campbell-Ryce’s men, who bounced back from last week’s FA Youth Cup defeat to Nottingham Forest at the Weston Homes Stadium, in fine style.

Posh eased into a 4-0 lead thanks to goals from defender Harry Thomas, full-back Oscar Tonge, Gabe Overton and substitute Emmanuel Ogbonna with the hosts pulling a late consolation back in the final 10 minutes.

Campbell-Ryce was thrilled with his side’s application and for the way they bounced back from the cup exit. “For me, it was important that we showed a reaction from the defeat to Nottingham Forest and we did that. My message to the boys has been constant, nobody questions there ability on the ball and what they can do in possession, but it is out of possession and what they do without the ball that is key.

“Their application has to be right and that was the biggest thing on Tuesday in the second half against Forest, I think we got overpowered and overworked and I don’t know anyone that has a had a decent career that doesn’t do the stuff out of possession and I know the gaffer, the Academy manager and everybody else involved won’t want players at this club that don’t want to do the ugly stuff.

“I said to the lads on Saturday before the game, ‘win the battle’, that is first and foremost what I wanted them to do and then their ability would shine through and that is exactly what happened. They were excellent on a difficult pitch and went to win easily. We got ourselves into a strong position and just kept going. It was a very good performance.

“Janos Bodnar was exceptional. Since the turn of the New Year, he has come back and been superb. The midfield four did well too and got us control of the game. We scored some good goals. We were without Lewis Darlington due to Covid-19 so Reuben came into the line-up and then Gabe went down in the first half and could be out for a few weeks, so Emmanuel, who has been injured himself, got the opportunity to come on and he took that chance, scoring and looking lively throughout.”

The under 18s face Sheffield United at the idverde Training Ground on Saturday morning.