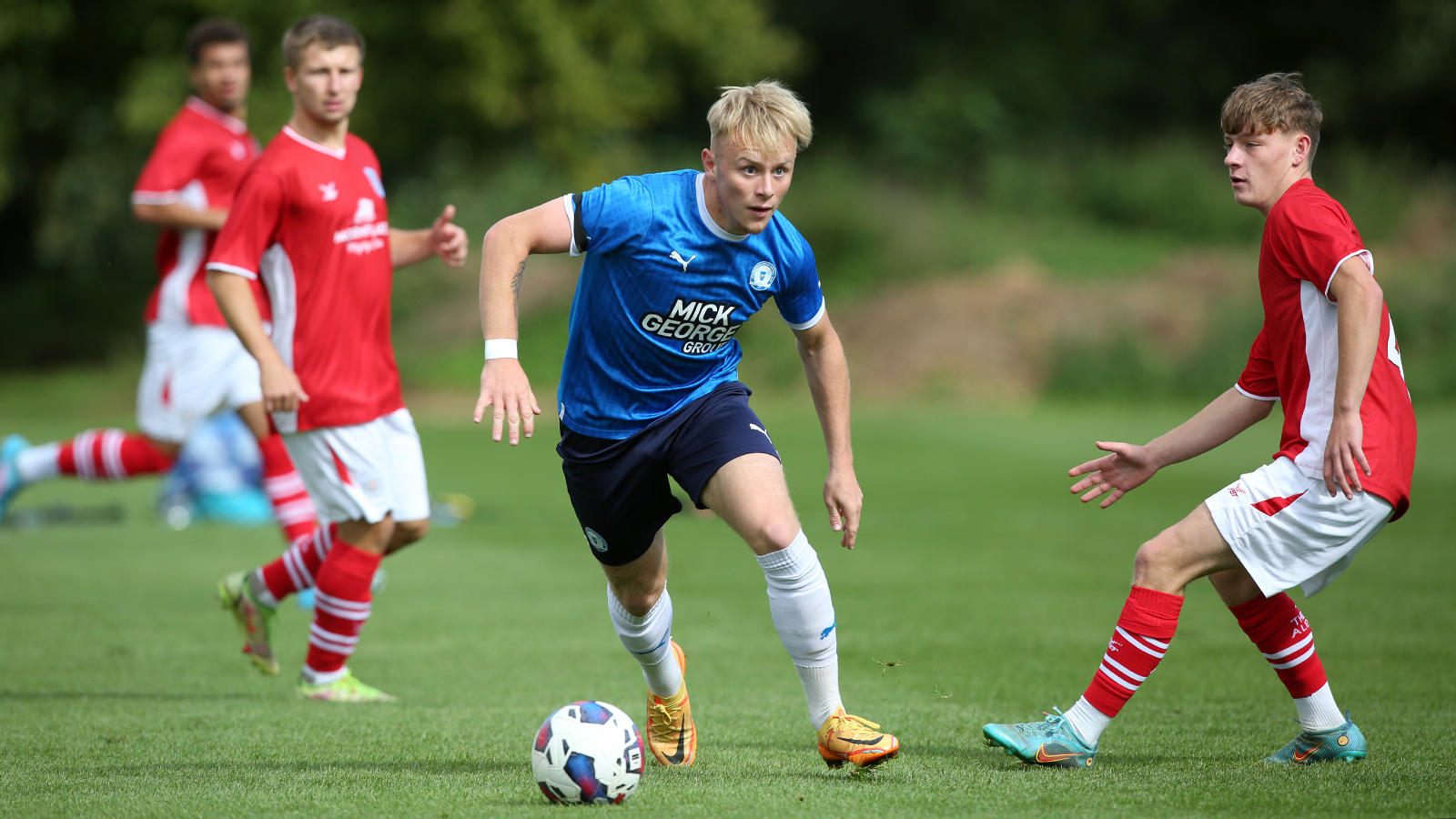 Posh U21s Victorious Over The Railwaymen

Peterborough United U21s secured their first victory of the Professional Development League campaign after a comfortable 3-0 win over Crewe Alexandra at the idverde Training Ground on Friday afternoon, with Joe Taylor netting his third goal in three games for the under 21s.

Inside the opening 10 minutes, chances fell to both sides as Connor Evans sent a header over the bar before Kai Corbett won the ball back from Lewis Billington and advanced down the left-hand side, his cross found Joe Taylor inside the box, but he couldn’t keep his header on target.

Will Lakin produced a brilliant ball out of his hands to Joe Taylor, who took it down beautifully before advancing into the box, however, Tom Booth was equal to his left-footed effort. Benjamin Mensah, who returned to the squad after being out with injury since the opening game, raced to the byline and played the ball across to Corbett, who saw his effort blocked.

Posh found the breakthrough on 25 minutes and Taylor continued his excellent goalscoring form as his powerful effort found the top right-hand corner after a lovely through ball by Kellan Hickinson.

Joel Tabiner sent a left-footed effort over the bar after good work from Evans to spot the forward on the edge of the box as the first half came to a close. Matthew Etherington made two changes at the break as Taylor and Mensah, both scheduled for 45 minutes, were replaced by Lewis Darlington and Harry Thomas.

Posh had two great opportunities straight after the break as David Ajiboye and Corbett forced Booth into a save, getting down low to his right. Etherington’s side doubled their lead on 58 minutes via a smart finish by Hickinson, sliding the ball under the keeper, after David Ajiboye played a smart ball into the path of the midfielder.

The visitors had a golden opportunity to cut the deficit on 64 minutes as a defence-splitting pass from Kornell McDonald found Evans through on goal, but a loose touch from the forward allowed Matthew Laycock to smother the ball. Ajiboye should have further extended Posh lead, but sent a glorious opportunity over the bar after another perfectly weighted ball by Hickinson.

Posh grabbed their fourth of the afternoon on 82 minutes as Ajiboye calmly slotted the ball into the bottom left-corner after being teed up by Lewis Darlington, who turned his defender brilliantly in the build-up before picking out Ajiboye inside the box.