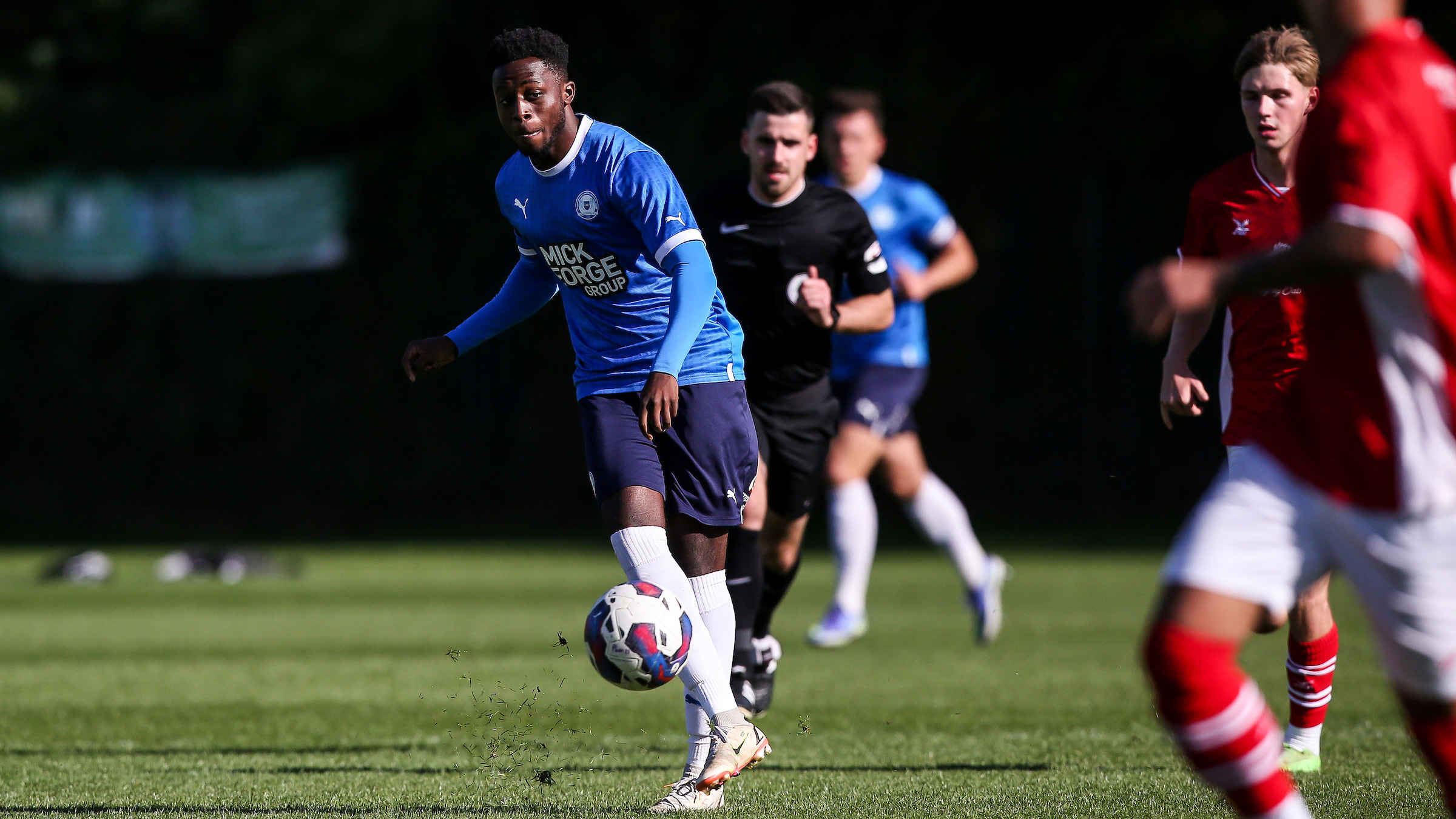 Posh U21s fall to a late defeat at Christopher Park.

The Latics carved out the first opportunity of the game as Dylan Dwyer’s corner was completely missed by John Stones, the ball fell to Luke Brennan on the edge of the box, who sent his effort into the side-netting. The deadlock should have been broken on 23 minutes as John Stones charged through on-goal, took the ball around the on-rushing Matthew Laycock and had an open goal, but somehow sent his effort into the side-netting, once again.

Laycock was called into action on 40 minutes as Stones showed some neat footwork to advance into the box before getting a left-footed shot underway, which was saved by the feet of Laycock. Posh broke the deadlock on the stroke of half-time as Kellan Hickinson played a perfectly-weighted pass into Johnson Gyamfi, who advanced into the box and slotted the ball past Sam Tickle.

Posh were inches away from doubling their lead minutes after the break as Gyamfi fizzed a low ball across the face of the goal, which was narrowly missed by a stretching Lewis Darlington. Stones threatened to get behind the Posh backline once again, but Mackenzie Lamb produced a brilliant recovery challenge to prevent a certain goal for the hosts.

Matthew Etherington made his first two changes of the afternoon on 64 minutes as Harry Titchmarsh and Benjamin Arthur replaced Will Van Lier and Ashton Fox. The Latics brought the scores level on 74 minutes as Brennan played a ball across to Harry McHugh, who took one touch before calmly finding the back of the net.

The hosts went close to taking the lead shortly after as Tickle’s long-ball forward released McHugh and his cross found Abdi Sharif at the back-post, but he couldn’t steer the ball home. The Latics won it in the final few minutes of the game as Brennan got to the byline and stood up a cross to the back-post, with Stones climbing highest to head home.

Speaking after the game, Etherington said: “I don’t know how we lost that game, it feels like I keep saying the same thing over and over again. It’s disappointing as we had control of the game for large periods, so they changed shape which completely spooked us and they went on to win the game. We are still a young group. When they scored their two goals, we had four under 18s players and the majority of the other players were first-year scholars.

“However, we were still good enough to win that game, so that’s disappointing and I know the reason why, which I spoke to players about after the game. We are so close to winning a number of games consistently and people on the outside probably think we are struggling, but in reality, our performances show we are not.

“That goal will be really good for Johnson alongside plenty of minutes under his belt, so that was a positive performance. Lewis Darlington was also exceptional in his hold-up play and the running he did for the team, he just needs his goal.”