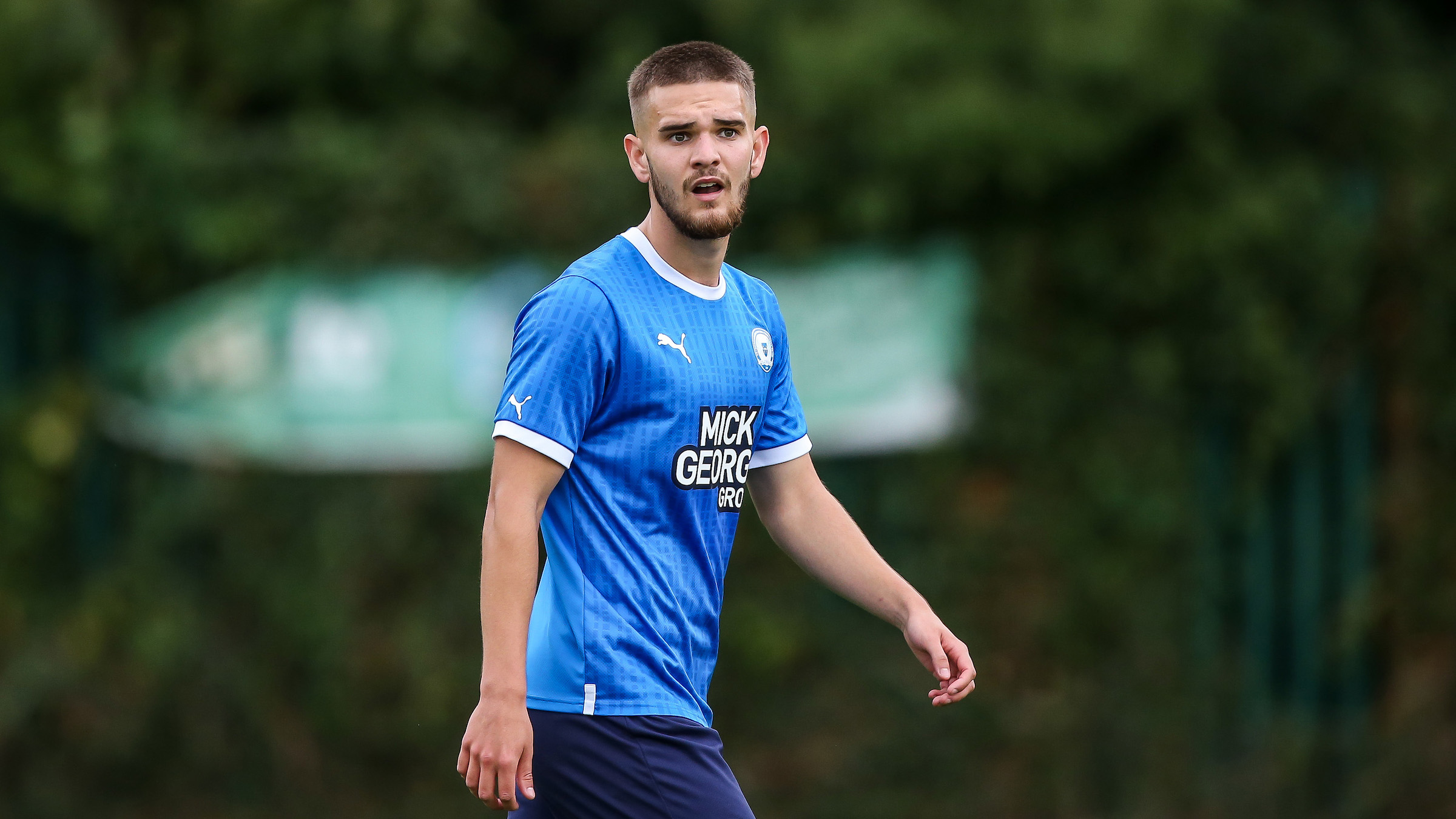 Posh U21s were beaten 4-1 by The Tigers on Monday evening.

Peterborough United U21s suffered a 4-1 defeat to Hull City in the Professional Development League on Monday evening but Matthew Etherington felt the scoreline didn’t reflect the performance from his players, with Posh hitting the woodwork on three occasions during the 90 minutes.

Matthew Laycock produced a fantastic save on 15 minutes, tipping Will Jarvis’ curling effort from inside the box around the post as The Tigers made a strong start to the game. Posh first opportunity fell on 24 minutes as Roddy McGlinchey got in front of his man to win the ball back and played it to Kai Corbett, who took aim from distance and his effort crashed against the crossbar.

The Tigers came inches from breaking the deadlock as Harry Wood’s low cross into the box was blazed over the bar from Jim Simms. The hosts opened the scoring on 30 minutes as Jarvis saw his effort strike the top of the post and into the back of the net, despite Laycock getting a hand on the ball.

Their lead was doubled five minutes later as Wood’s corner evaded everyone inside the box and found the back of the net via the far corner. The hosts went close to a third on the stroke of half-time as Tom Nixon found Simms inside the box, but his sliding effort was wide of the post. Thimothée Lo-Tutala was called into action in the closing stages of the half as Corbett took aim from the edge of the box, but The Tigers’ keeper was equal to his effort.

Lo-Tutala was forced into a save in the early stages of the second half, getting down low to Corbett’s strike before the ball was rebounded off Alfie Taylor and over the bar. Posh continued to push for a goal back into the game and struck the crossbar once again on 68 minutes, this time from Will Van Lier as he unleashed a powerful effort from the edge of the box.

Posh pulled a goal back on 70 minutes as Corbett netted his second goal in two games, firing a powerful shot past Lo-Tutala at the near-post. Corbett tested The Tigers keeper once again as a short free-kick routine found Corbett inside the box, but Lo-Tutala was equal to his effort at the near-post.

The Tigers extended their advantage on 87 minutes as Jarvis received the ball on the left, drove into the box before drilling a shot past Laycock. Posh rattled the woodwork for a third time on the evening as Randall's curling effort hit the crossbar. The hosts added a fourth in injury time as Josh Hinds raced through on-goal and his strike found the back of the net via a deflection.

Speaking after the game, Etherington said: “It’s hard to digest and work out how we lost that game. They were poor goals to concede, that’s something we need to look at, but in terms of our general play, I thought our intensity was really high. We had multiple opportunities, but it was just one of those nights really where the ball wouldn’t go into the back of the net. The performance was good against a side with experienced and talented players, so lots of learning to take but also plenty of positives.

“Kai was great again, his energy was brilliant and his quality on the ball, topped it off with another goal. The players that came in today were really good and the attitude was spot on. So, there’s a whole list of positives we can take from the game, but still gutted that we lost here this evening because the players didn’t deserve that.”