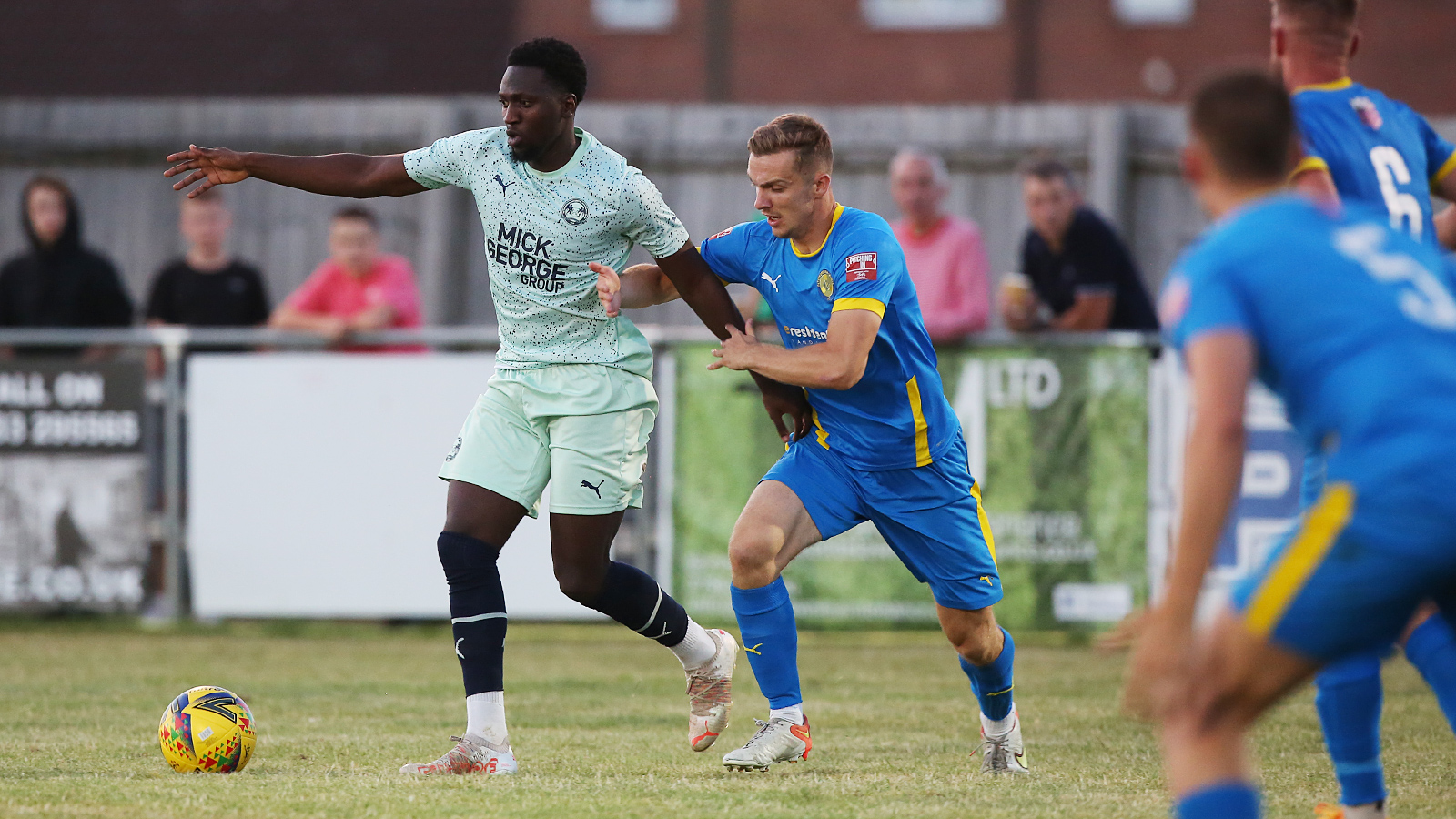 Posh U21s were beaten 2-1 by The Turbines as they claimed the Maunsell Cup on Tuesday evening.

A second half comeback saw Peterborough Sports claim the Maunsell Cup on Tuesday evening and condemned Peterborough United U21s side to a 2-1 defeat at the Bee Arena as Matthew Etherington’s men concluded their pre-season preparations ahead of the new campaign, which begins on Monday.

Joe Taylor, who returned to the U21s side after travelling to Cheltenham Town on Saturday, opened the scoring in the first half, but The Turbines turned on the style in the second half and two goals in 10 minutes sealed silverware for Jimmy Dean’s side.

It was a fairly even contest in the opening stages of the match, but a loose pass from Charlie O’Connell was given straight to Jordan Nicholson, who advanced into the box as his left-footed strike was blocked by the legs of Ashton Fox. Will Van Lier had to produce a sliding block inside the box to stop Nicolson’s low cross from finding the feet of Mark Jones.

Will Lakin was forced into his first save on 13 minutes as Nicholson once again latched onto a poor pass from Posh defence and his powerful effort was routine for the young Posh keeper. The deadlock was broken on 17 minutes as a corner caused a scramble inside The Turbines’ box, who couldn’t clear their lines on numerous attempts before Joe Taylor smashed home from close-range.

Posh should have doubled their advantage moments later when Andrew Oluwabori fired over the bar after Ryan Broom’s blocked effort fell to the feet of the forward. Nicholson’s corner from the left-hand side found Connor Johnson at the back-post, but the defender sent his header wide of the post.

As the first half reached its closing stages, Ryan Broom had a free-kick just outside the box which dipped just over the wall and was on target, but it was a routine save for Lewis Elsom in The Turbines goal.

Taylor had a glorious opportunity to grab his second of the game in the early stages of the second half after Oluwabori played a defence-splitting pass into the path of Taylor, who raced towards goal, but Elsom saved well. On 63 minutes, Nicholson sent a low-drilled effort on his left-foot wide of the far post after the ball fell to the feet of The Turbines player following a few ricochets on the edge of the box.

The Turbines levelled the score on 65 minutes as Mark Jones’ cross found Dion Sembe-Ferris at the back-post, who headed home despite the best efforts from Lakin who could only push the ball into the side-netting. Broom sent a powerful effort from the edge of the box on target, which was awkward for Elsom before he caught the ball on the second attempt.

Dean’s men took the lead on 74 minutes as Josh McCammon fired low into the bottom corner after Sembe-Ferris found the forward inside the box. Lakin got down well to his left to keep out Nicholson’s effort that was creeping in at the near-post.