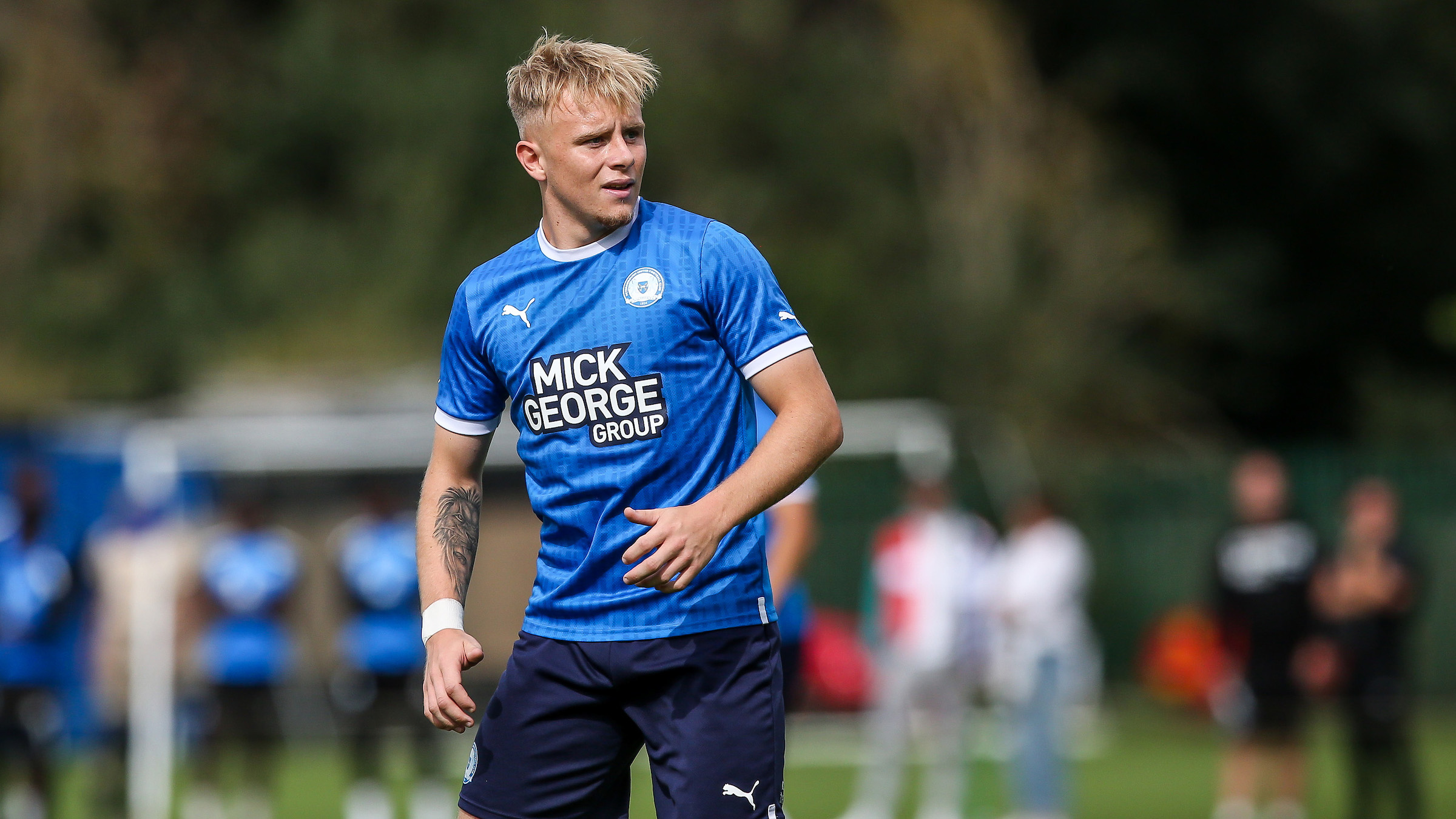 Posh U21s beaten by The Bees in the Premier League Cup.

Peterborough United U21s fell to a 3-2 defeat to Brentford B on Friday evening in the Premier League Cup group phase despite Joe Taylor netting twice in injury time to cause a nervy ending at the Lamex Stadium.

Posh had an early opportunity inside the opening four minutes as Brentford’s goalkeeper Ben Winterbottom was adjudged to have picked up the ball outside the box after racing out quickly to Emmanuel Fernandez’s long-ball forward. Kai Corbett’s effort from the resulting free-kick was caught well by Winterbottom.

The Bees took the lead on seven as Matthew Laycock was penalised for bringing down Ryan Trevitt inside the box and Alex Gilbert converted from the spot. The ball fell nicely to Corbett on the edge of the box and his effort, on the half-volley, was straight into the hands of Winterbottom.

Luke Harris saw his effort from the edge of the box force Winterbottom into a low save to his left. Posh responded well after falling behind and were close to finding the equaliser on 36 minutes as Corbett’s cross from the left found Darlington inside the box, but his header was well saved by Winterbottom.

Matthew Etherington made a scheduled change at the break as Benjamin Mensah, who made his first appearance since September, was replaced by János Bodnár. Laycock was forced into an early save in the second half, pushing Michael Olakigbe’s effort around the post.

The Bees doubled their lead on 51 minutes as Trevitt was picked out inside the box and he calmly slotted the ball into the bottom corner. It became three on 59 minutes as a long-ball forward was raced onto by Trevitt, and after a bit of miscommunication between Laycock and Harry Thomas, he lofted the ball over Laycock and into the back of the net.

Etherington made two more changes on the hour mark as Ashton Fox replaced Emmanuel Fernandez and midfielder Hisham Chiha made his return to the pitch after suffering an injury back in February, replacing Harris.

The Bees were close to extending their advantage as Trevitt dragged his effort wide from close-range before Laycock produced a wonderful save to keep out Trevitt after the forward nicked the ball off from Harry Thomas on the edge of the box.

Posh pulled a goal back in injury time as Corbett’s low cross found Taylor inside the box, his touch saw the ball bounce high and he rose the highest to head the ball past the keeper. Less than a minute later, Posh had a second and it was Taylor again, heading home Corbett’s corner to put on a nervy ending for the hosts.

Speaking after the game, Etherington said: “I thought in the first half we were really good. The goal has come from a defensive mistake, and although we have been better at that in recent weeks, we still tend to give teams goals. However, for large periods of the first half, we dominated the ball and had a few chances.

“Brentford came out in the second half and were a lot more aggressive in their press, forcing us to concede two early goals. The third goal was another defensive mistake, when you are playing a side like Brentford, we can’t be making those errors. However, credit to the players as they showed a lot of character to come back into the game, albeit it was just too late in the end.”