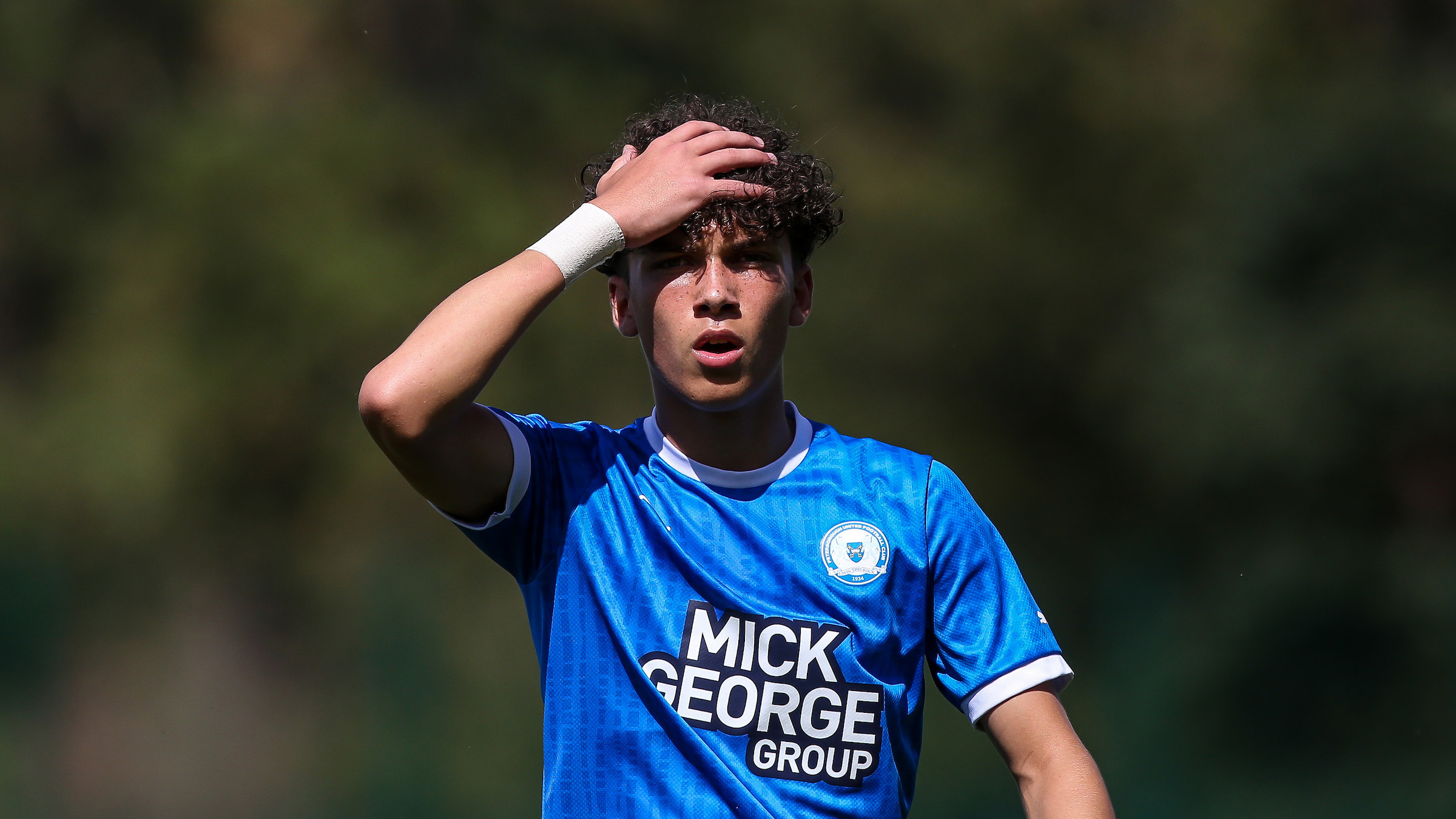 Posh U21s beaten 2-1 by The Bluebirds on Tuesday afternoon.

Peterborough United U21s suffered their first defeat of the Professional Development League campaign on Tuesday afternoon after a 2-1 loss against Cardiff City U21s at the Cardiff City Stadium, with Matthew Etherington fielding a mixture of U21s and U18s.

The Bluebirds opened the scoring inside the opening two minutes as Ollie Tanner got down the left-hand side, pulled it back into the box for Joel Colwill to slot home from close-range. Matthew Laycock was called into action on 10 minutes as he got a strong right-hand on Ollie Tanner’s free-kick just on the edge of the box.

The hosts doubled their advantage on 15 minutes as Eli King collected the ball just outside the box and his effort was too powerful for Laycock. Posh were forced into an early change on 23 minutes after Will Van Lier was involved in a clash of heads, resulting in the midfielder being stretchered off and replaced by Harry Titchmarsh.

On 39 minutes, Posh managed to cut open The Bluebirds’ defence as Oscar Tonge advanced down the left-hand side and tried to pick out Harmeed Ishola inside the box with a low cross, but Xavier Benjamin recovered to clear the ball. On the stroke of half time, Charlie O’Connell was cautioned after a strong challenge on Jai Semenyo before Kai Corbett saw a curling effort drift wide of the far post.

Etherington made a change at the break as Lewis Darlington replaced Harmeed Ishola. Mackenzie Lamb was shown a yellow card in the early stages of the second half, leaving both of Posh centre-backs on a tight rope for the final 45 minutes.

A long-ball over the top found King through on-goal, but James Dornelly was quick to recover and put off the forward, resulting in a weak effort that was claimed by Laycock. Gabriel Overton nearly carved out Posh’s best opportunity of the game as he showed pace to beat his defender, advanced to the left area of the box but his low cross was collected by Rohan Luthra.

The Bluebirds had two good opportunities to double their lead, firstly with a quick break forward as Tanner saw his effort pushed over the bar by Laycock before King saw his curling effort headed off the line by Tonge. Corbett’s free-kick from around 30 yards out forced Luthra into a diving save on his right side.

On 70 minutes, Posh continued to search for their first goal of the game as Idris Kanu broke forward, two-on-two, and played it across to Corbett, whose effort was superbly blocked. Darlington then had a great opportunity to cut the deficit on 75 minutes after he was played through by Corbett, one-on-one with Luthra but his effort was straight down the throat of the keeper.

Posh pulled a goal back on 85 minutes as Kanu’s low ball into the box found Overton, whose first-time effort was scuffed but had another opportunity on his second attempt, firing the ball into the roof of the net.