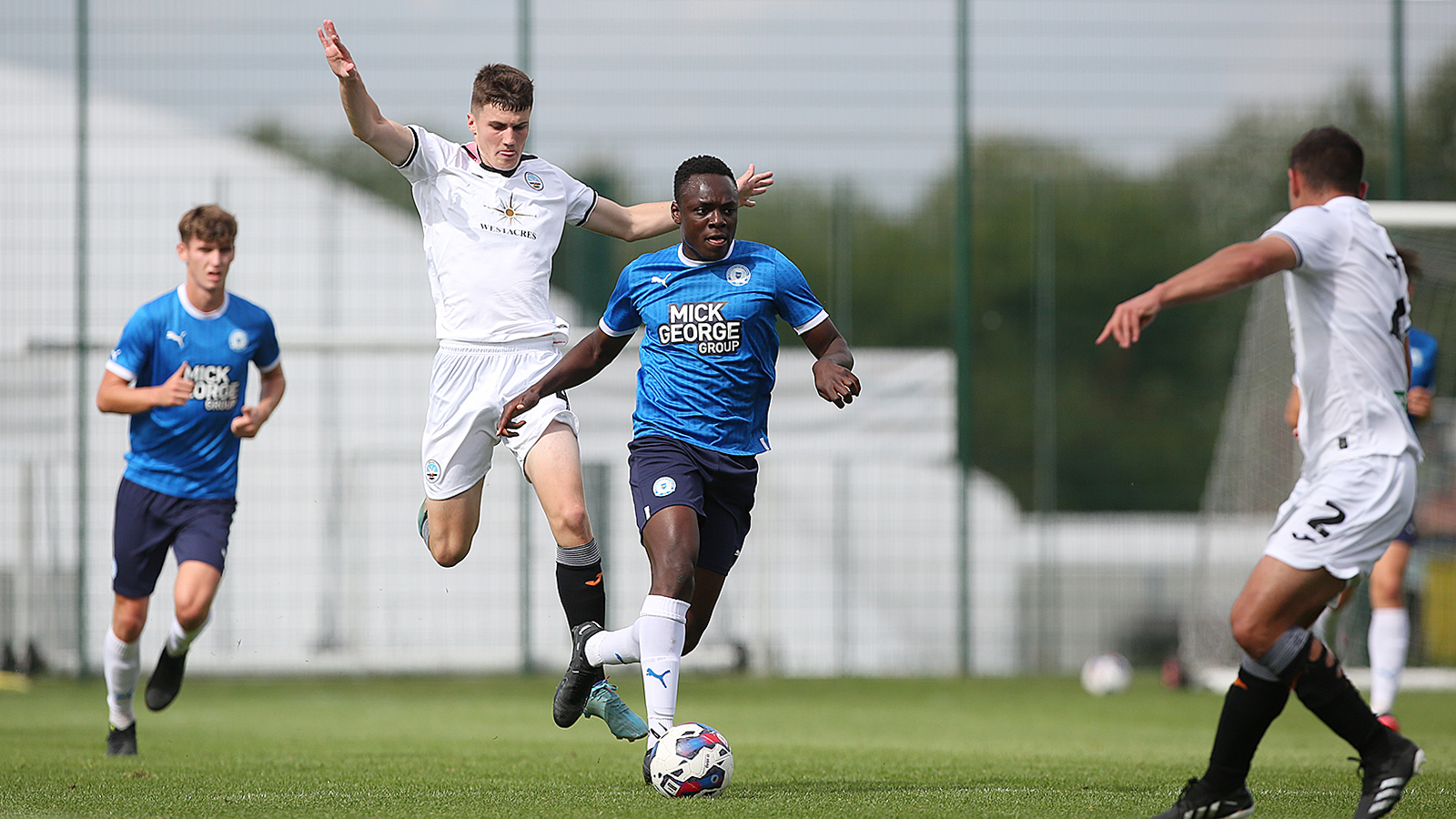 Peterborough United U21s fought back on two occasions to secure a well-deserved point against Swansea City U21s at the idverde Training Ground on Tuesday afternoon in the Professional Development League.

Taylor carved out Posh’s first opportunity of the game on seven minutes as Etherington’s men broke in numbers following a corner from The Swans, with Taylor advanced towards goal, but dragged his shot wide of the far post.

The Swans' Ben Lloyd went close on 20 minutes as he broke into the box, trickled his way past his defender before sending his right-footed effort wide of the post. Kellan Hickinson should have broken the deadlock on 36 minutes after playing a lovely one-two with Taylor on the edge of the box, who backheeled it back to Hickinson inside the box, but his effort struck the top of the crossbar.

Charlie O’Connell then saw his low-drilled effort from distance tipped around the post by Remi Mitchell as Posh finished the half strongly. However, it was the visitors who broke the deadlock just minutes after the break, as Josh Thomas converted from close-range following a low cross from Tarrell Whittaker.

Posh had a glorious opportunity to level the score minutes later, but Joe Taylor saw his spot-kick saved after Lewis Darlington was brought down inside the box. The Swans’ woodwork was rattled once again as Charlie O’Connell’s header smashed against the crossbar.

Posh found the equaliser on 60 minutes as the referee penalised The Swans’ defender for a handball inside the box, and captain O’Connell stepped up and calmly sent Mitchell the wrong way to bring the scores level.

The referee awarded a third penalty of the afternoon on 70 minutes, this time for the visitors after a push inside the box and Whittaker converted from the spot to give The Swans' the lead once again. However, the lead only lasted eight minutes, as a superb pass from Hickinson found Taylor bursting through on-goal, who took it around the keeper and calmly slotted home.

Both sides had chances towards the end of the game to nick the three points at the death, as János Bodnár curled a left-footed effort wide of the far-post before Josh Thomas got past Ashton Fox and only had Blackmore to beat, but his effort was straight at the Posh keeper.