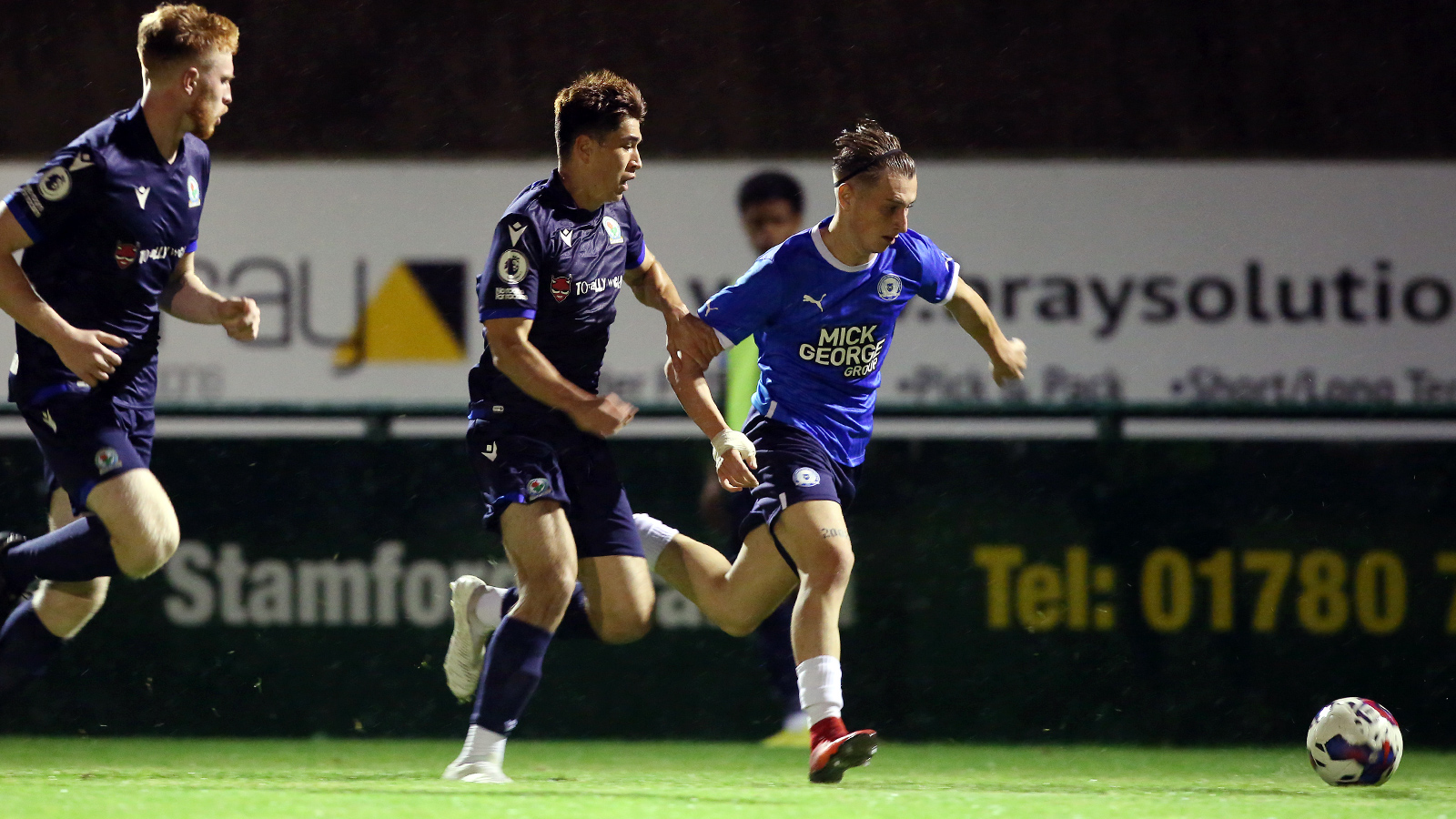 Peterborough United U21s manager Matthew Etherington was pleased with his side’s performance despite suffering a 3-2 defeat to Blackburn Rovers at the Zeeco Stadium on Thursday evening in the Premier League Cup.

Rovers’ Georgie Gent forced Matthew Laycock into a save with his feet inside the first minute of the game. Posh found the breakthrough in just three minutes as Benjamin Mensah darted down the right-hand side, breezing past two defenders and advanced into the box before putting a low cross into the box, and after a small scramble, the ball was forced into the Rovers goal.

However, the lead didn’t last long and Rovers found an equaliser on nine minutes as Harrison Wood’s clipped ball into the box was met first-time by Harry Leonard, who fired low into the bottom corner. Hickinson delivered a whipping ball from a free-kick on the left, which looked to have found Harry Thomas free at the back-post, but the defender failed to connect with the ball.

Rovers took the lead on 26 minutes as Wood advanced down the right-hand side, his cross found Leonard inside the box and he headed home past Matthew Laycock. It quickly became three as a long-ball forward was misjudged by Laycock and Leonard was there to slot home into the empty net and complete his hat-trick.

The visitors looked to extend their advantage as Wood’s deflected effort smashed against the crossbar before Kai Corbett had a golden opportunity at the other end, his effort straight at Felix Goddard after great work inside the box.

In the early stages of the second half, Hickinson fired over the bar after a poor touch from Gent allowed Lewis Darlington to tee up the Posh midfielder on the edge of the box. On 63 minutes, Darlington saw his right-footed effort deflected into the keeper's hands after a clever reverse ball from Roddy McGlinchey.

Corbett saw his free-kick brilliantly saved by Goddard, diving to his right to keep the ball out. Rovers were awarded an indirect free-kick inside the box after Posh were penalised for a pass back, but Leonard sent his effort into the side-netting.

Posh pulled one goal back on 84 minutes, and what a finish it was, as Thomas collected the ball and charged towards the Rovers’ goal, but instead took aim from around 25 yards out which found the top left corner via the underside of the crossbar.

Etherington said after the game: “It was poor goals we conceded, individual errors which was disappointing because if you take their goals away from the game, with the chances we had, I don’t think there was much in the game honestly.

“We have played against a Category One Academy side, who are in the Premier League 2, with some excellent players and our players more than matched them. In terms of the performance, especially in the second half, I thought it was very good. I said to the players after the game, they need to start believing they can compete at this level.”