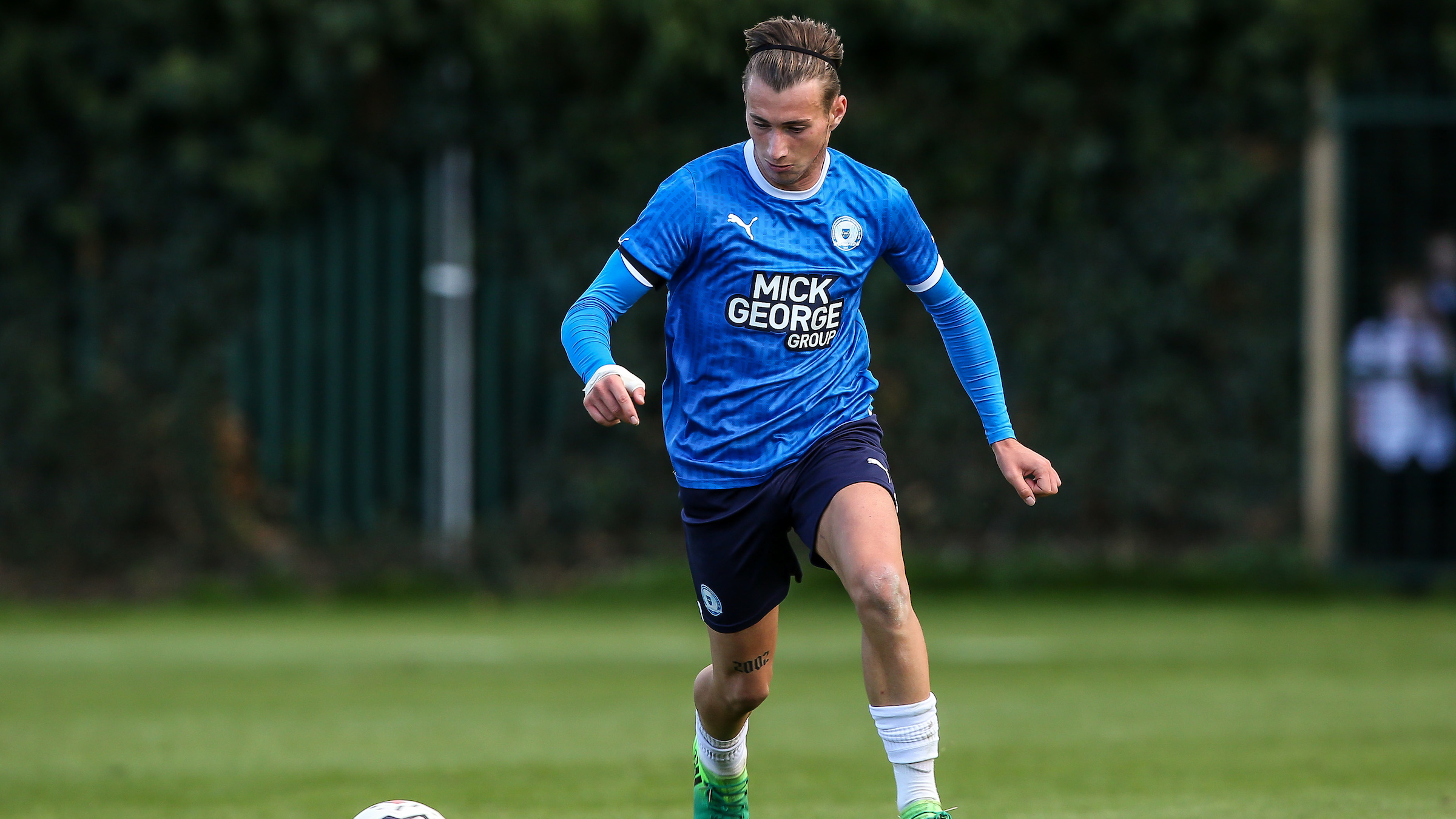 Posh U21s earned a 1-1 draw against The Tykes on Tuesday afternoon.

Peterborough United U21s were held to a 1-1 draw by Barnsley U21s in the Professional Development League on Tuesday afternoon at Barnsley FC Training Ground, with Kai Corbett’s second-half strike being cancelled out.

The Tykes enjoyed the best of the spell inside the opening stages of the first half as Jasper Moon headed narrowly wide from a free-kick on the left-hand side before Fabio Jalo sent a curling effort well wide of the post. The hosts continued to pile on the pressure and forced Will Lakin into two saves as both Jack Butterfill and Fabio Jola had efforts inside the box, but the Posh keeper responded well.

Posh carved out their first opportunity of the game on 28 minutes as a lovely weighted pass from Darlington allowed Gyamfi to advance into the box, his powerful right-footed effort saved superbly by Paul Cooper, tipping the ball over the bar. Kai Corbett was inches away from opening the scoring just before the break, but couldn’t connect to Darlington’s low cross at the front post.

The deadlock was broken on 52 minutes as Corbett was fouled just outside the box, on the left area, and the resulting free-kick was sent in low by Corbett, evading everyone inside the box and into the bottom right-hand corner.

Posh had the opportunity to double their lead minutes later as Charlie O’Connell’s cut-back into the box found an unmarked Kellan Hickinson, but his scuffed effort was saved by the feet of Paul Cooper. The Tykes found the equaliser on 64 minutes as Keegan Hartley smashed the ball home from the edge of the box.

The Tykes went close to taking the lead on 76 minutes as Butterfill saw his header smash against the crossbar. Oscar Tonge had a moment to forget as his pass was intercepted by Josiah Dyer, who advanced into the box, but thankfully scuffed his effort wide of the far post.

As the game entered the final stages, Hickinson fed Gabriel Overton through and advanced towards goal, but Overton decided to take his effort early and dragged his left-footed effort wide of the far post.

Speaking after the game, Matthew Etherington said: “I thought we started the game poorly, could have been one or two goals down and then we slowly grew into the game and created a few good opportunities. We started the second half well, in terms of domingating the game, Kai obviously got the goal and Kellan had a really good chance to make it two, but just after that, they have equalised.

“That kind of spooked us a little bit, our decision-making and possession after conceding was poor. When we were brave and played with possession, I thought we were good and caused them problems, but there’s still a tentativeness in the players and believing in what we are doing, which is understandable and that will come. However, I just think we could have won that game and won it comfortably in the end, which is the frustrating part.”