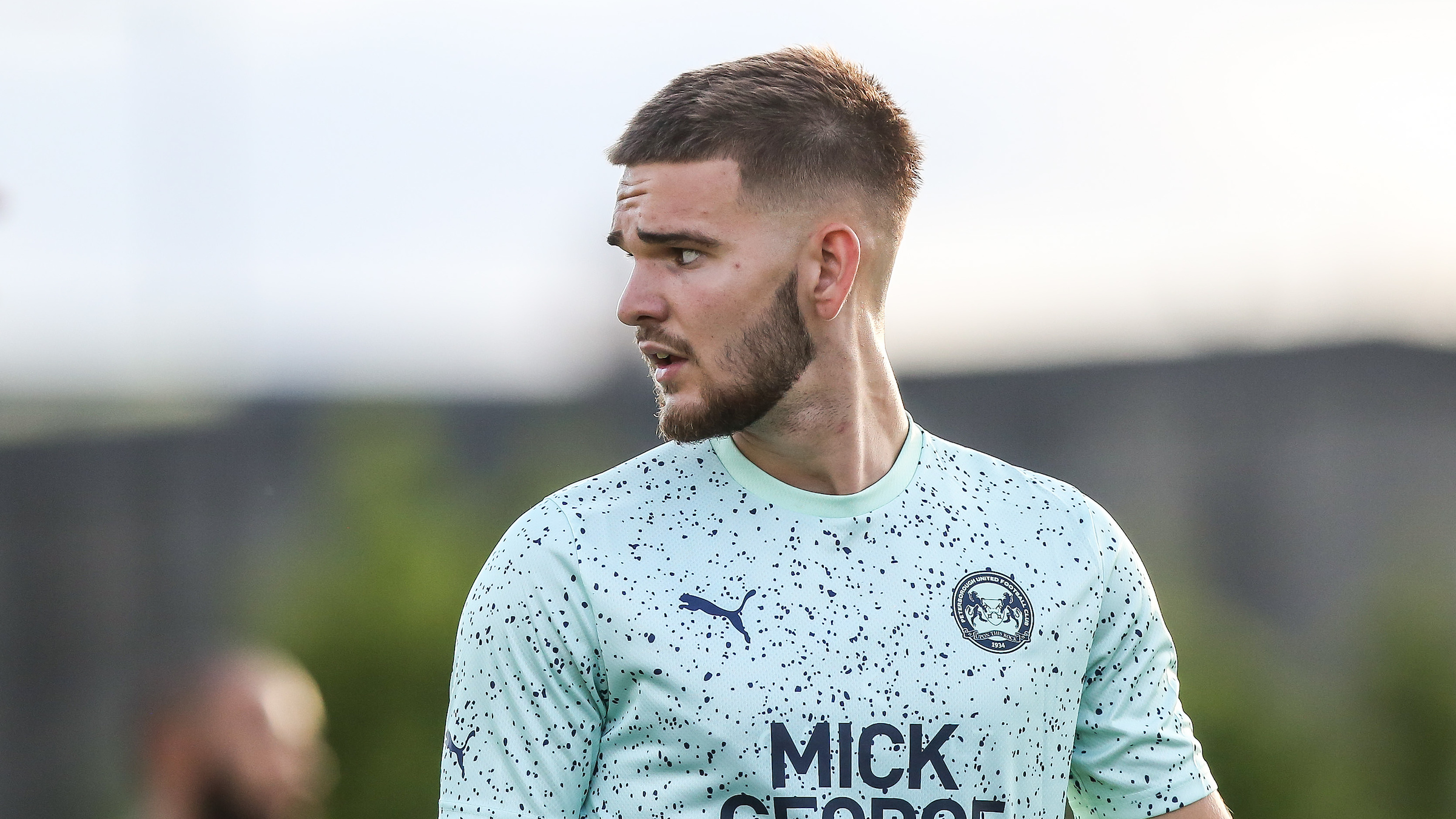 A battling performance from Peterborough United U21s earned a 1-1 draw against Premier League 2 side Aston Villa U21s at Bodymoor Heath Training Ground in their first game of the Premier League Cup group phase on Friday evening.

The hosts created the first opportunity of the game on three minutes as some nice build-up play saw a pull-back into Brad Young’s path inside the box, but his effort was easily smothered by Will Lakin. Kellan Hickinson also carved out Posh first shot on target in the opening 10 minutes, but it was straight into the hands of Filip Marshall.

Lakin produced two outstanding saves in the space of two minutes, first getting down low to his right to keep out Tyreik Wright’s deflected effort and it was exact replica 60 seconds later as he pushed a low-drilled shot around the post.

The hosts continued to push for the opener and should have done on 21 minutes as a loose back-pass allowed Young through on-goal, he took it around Lakin and hesitated, which allowed Charlie O’Connell to recover and block The Villa’s forward effort on the line.

Despite the hosts enjoying the majority of the ball, it was Posh who found the breakthrough on 22 minutes as great work from Gabriel Overton inside the box to get to the by-line and played it back to the on-rushing Kellan Hickinson, who fired into the roof of the net. In the closing stages of the first half, Wright was shown a yellow card for a late challenge on Lewis Darlington.

A higher tempo was set in the early minutes of the second half as Aston Villa pushed for an equaliser. Wright showed some great close ball control to advance into the box, but his left-footed effort was straight down the throat of Lakin.

Mackenzie Lamb was cautioned on 55 minutes after he brought down Wright, who was looking to produce a swift counter-attack following a Posh free-kick. Hickinson looked to double his tally as Idris Kanu's pull-back found the midfielder, but his effort was blocked by the hosts' defence.

Matthew Etherington made his first change of the evening on 69 minutes as Harmeed Ishola replaced Darlington. Hickinson was inches away from doubling Posh advantage on 74 minutes as Overton showed pace to beat his man, get to the by-line before playing it across to Hickinson and his close-range effort was superbly pushed onto the crossbar by Marshall.

Aston Villa continued to threaten as a superb pass from Taylor-Jay Hart played Wright through, but Lakin saved well with his feet. The hosts levelled the scores on 81 minutes as a clearance fell to Shakpoke on the edge of the box and he drilled the ball past Lakin.

The hosts were inches away from snatching the victory in injury time as Shakpoke saw his shot blocked before Hart sent a header just over the bar. Wright then saw his powerful effort from 25-yards out smash against the post.