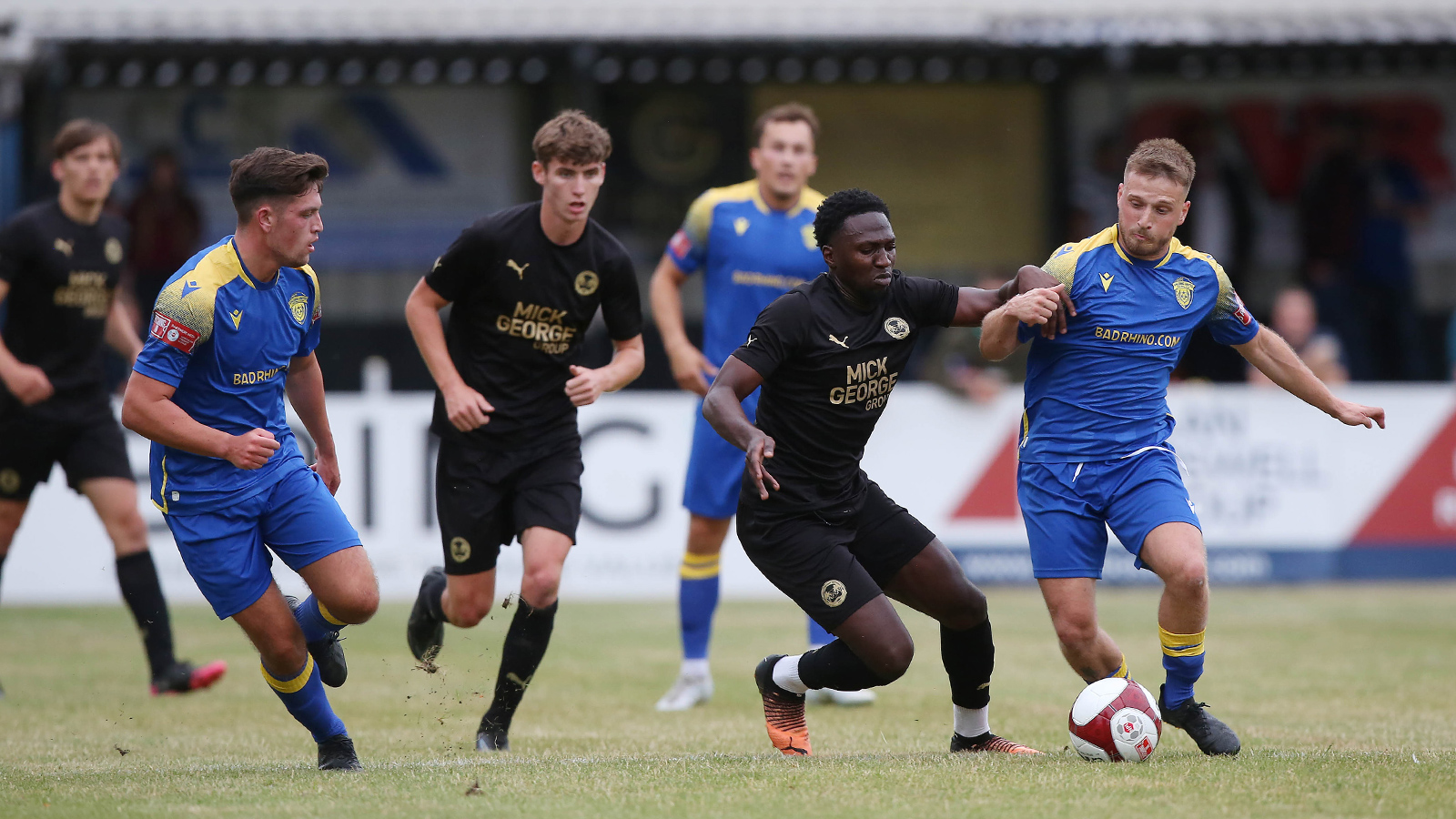 Posh U21s Beaten By The Tulips

Peterborough United U21s side fell to a 3-2 defeat against Spalding United at Sir Halley Steward Playing Field in a pre-season fixture on Friday evening, with manager Matthew Etherington describing it as a ‘learning experience’ for the players.

Posh broke quickly on two minutes as Kellan Hickinson’s ball was played into the path of Kai Corbett, who advanced into the box but was stopped in his tracks by the retreating Sam Cartwright. Benjamin Mensah saw his low cross on the right of the area cleared by The Tulips’ defence after some lovely build-up play from Posh on the edge of the box.

Corbett sent a free-kick on the edge of the box just wide of the far post after he was fouled in the build-up. Matt Laycock was called into action after Nathan Steinfield rose the highest from a corner, sending his header into a cramped box which the young Posh keeper took charge off.

The deadlock was broken on 26 minutes as Dylan Edge, on the turn, sent his half-volley into the right-hand corner. The Tulips doubled their advantage in a space of a minute as Toby Hilliard showed great composure to convert a one-on-one against Laycock, although Posh were unhappy with a foul in the build-up.

It was a feisty start to the second half, which saw Idris Kanu booked after a small disagreement between both sets of players as the hosts free-kick was dropped by Laycock, causing a small scramble inside the box before Harry Thomas cleared.

Posh cut the deficit on 55 minutes as Benjamin Mensah’s low cross was tapped home by Lewis Darlington inside the box following a tidy move in the build-up. Hameed Ishola, who was part of a number of changes on 58 minutes, showed great determination to beat his defender on the right, advanced into the box and put a teasing ball across goal, but none was there to force it home.

Posh brought the score level on 69 minutes as a defence-splitting pass from William Van Lier was collected by Hameed Ishola, who took it in his stride before firing past the keeper. However, the hosts retook the lead on 78 minutes as a free-kick wasn’t cleared by Posh and the ball fell kindly to Hilliard, who was completely free in the box, to fire home from close-range.

Etherington said after the match: “You never like losing any game, that’s what I told the boys after the match, but when I look at what I asked for them before the game, especially the in-possession focus I thought we were good at for the large majority of the game. I didn’t think we had enough end product in the first half, but the second half was better and the two goals were well taken.

“When you play against men teams, who are fit and physical, you have to deal with basics and fundamentals of the game, which is tracking runners and that’s where they scored their third goal. So, that was a good learning experience for the players and in terms of what we were looking for from the game, I can’t be too disheartened with the performance.”