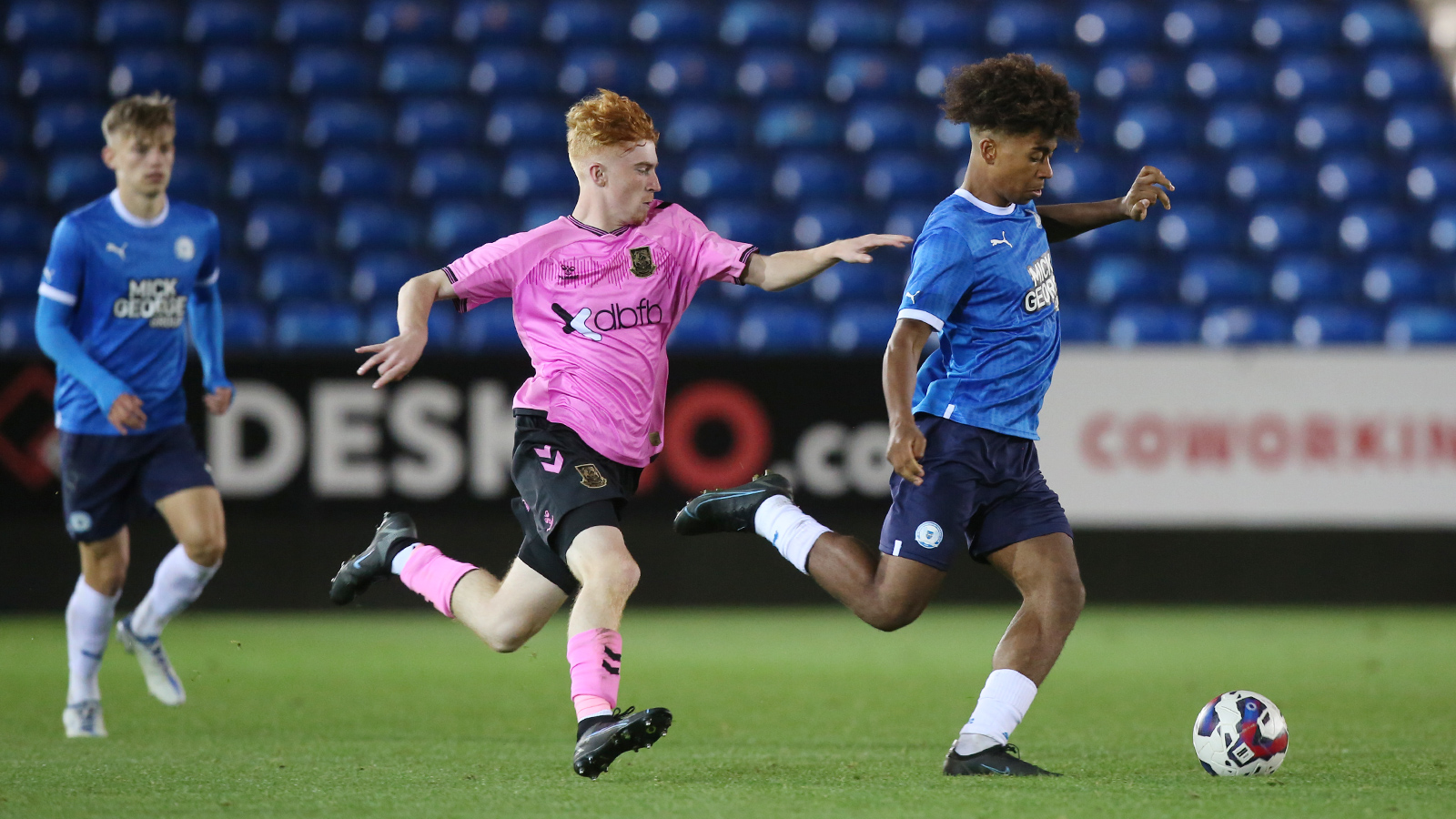 Posh U18s knocked out of the FA Youth Cup after a 3-2 defeat to The Cobblers.

Peterborough United U18s suffered late heartbreak at the Weston Homes Stadium as Northampton Town U18s netted late into injury time to condemn Jamal Campbell-Ryce’s side to a 3-2 defeat and end their journey in the first round of the competition.

The Cobblers opened the scoring on 12 minutes as Reuben Wyatt’s free-kick from around 25 yards out found the back of the net via the inside the post. Dennis Kelmendi’s snapshot shot from the edge of the box went well over the bar as Posh responded well from going behind.

The visitors were inches away from doubling their lead on 18 minutes as a corner fell kindly to Jacob Scott inside the box and his effort was superbly blocked off the line by Harley Mills before Kai O’Keeffe blazed the rebound over the bar. Reuben Marshall had a fantastic opportunity to bring the game level, forcing James Dadge into a low save after superb work by Tyler Winters to find his strike partner.

Mills whipped in a cross with his left-foot and found Kelmendi inside the box, but his header went well wide of the post in the closing stages of the first half. Harry Titchmarsh collected the ball and took aim from distance, but his effort was comfortable for Dadge as Posh looked for a strong start to the second half. Matthew Laycock was called into action on 57 minutes, tipping Rico Duggan’s curling effort around the post.

The Cobblers doubled their advantage on 59 minutes as a free-kick was cleared to the edge of the box and Wyatt's powerful strike found the back of the net via the post, once again. On 63 minutes, Marshall produced a smart turn inside the box and saw his powerful effort parried away by Dadge before Bodnár low-driven effort was deflected behind for a corner as the under 18s looked for a way back into the game.

Posh cut the deficit on 75 minutes and it was a brilliant finish from centre-back Joe Toynton, who was picked out by McCann inside the box and his powerful left-footed effort was too strong for the goalkeeper and found the roof of the net. Four minutes later and Posh were back on level terms as Bayley McCann’s low free-kick from the left-hand side evaded everyone inside the box and sneaked in at the back-post.

However, it was late heartbreak for Posh as well into added time as Wyatt converted a free-kick from the edge of the box to seal The Cobblers place in the next round of the FA Youth Cup.