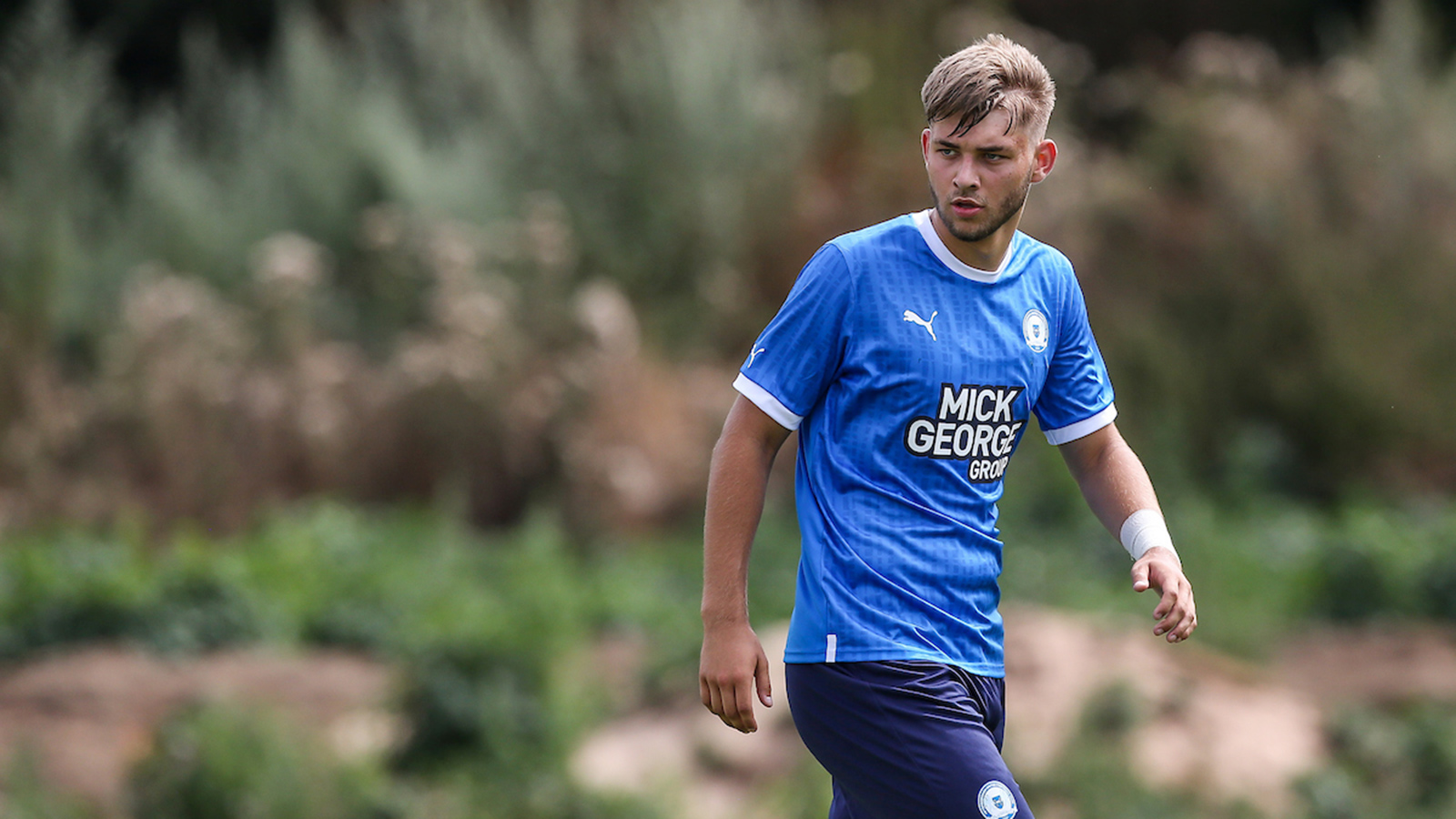 Peterborough United U18s stretched their unbeaten run to seven games in all competitions after securing a 4-3 victory over Barnsley FC on Saturday morning in the Under-18 Professional Development League, lifting Jamal Campbell-Ryce’s men to fourth in the table.

Barnsley opened the scoring on 17 minutes as a free-kick from the edge of the box found the top corner, leaving Jake West no chance in the Posh goal. Jamal Campbell-Ryce’s side brought the game level just after the half-hour mark as János Bodnár chipped free-kick was met by Tyler Winters and he guided his header past the goalkeeper.

The Tykes retook the lead two minutes later, but Posh grabbed an equaliser on the stroke of half-time as Bodnár’s free-kick found Reuben Marshall inside the box and he lifted the ball over the on-rushing goalkeeper and into the back of the net.

The under 18s suffered the worst possible start to the second half, conceding within 25 seconds of kick-off after a bit of miscommunication among the Posh backline. Posh fought back once again and brought the game all square on 70 minutes as Bodnár’s cross from the right-hand side was flicked on by Marshall at the near-post and Winters was there to tap home.

Posh completed the turnaround on 79 minutes as Harley Mill’s cross fell kindly to the Trialist inside the box and he fired home from close-range, securing an impressive three points in the Under-18 Professional Development League.

Speaking on the game, Campbell-Ryce said: “The biggest thing from the performance was the togetherness from the players at the moment. Barnsley are top of the league and we went behind on three occasions, but fought back which shows the togetherness and resilience across the whole squad, which has been more apparent in the last few months and makes me proud of all the players.

“At the start of the year, it was tough to get the group going, but they have turned a corner. However, we have to keep their feet on the ground, we have the FA Youth Cup in a couple of weeks and they are very excited about that. This is a humble group who just want to play for each other.”