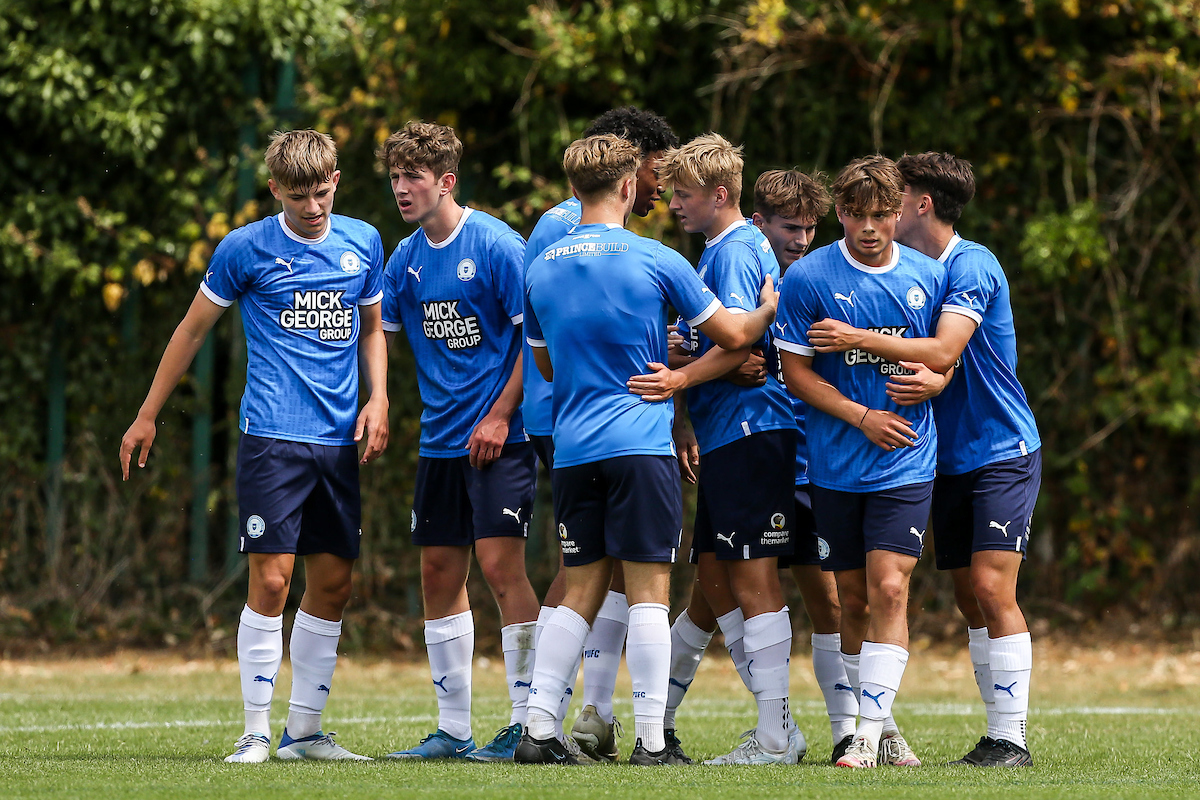 Posh U18s began their Under-18 Professional Development League Cup with a victory over The Bantams.

Peterborough United U18s got off to a winning start in the Under-18 Professional Development League Cup after a 2-1 victory over Bradford City on Saturday morning at the idverde Training Ground.

Jamal Campbell-Ryce’s side took the lead in the first half as the ball was played out to János Bodnár on the right-hand side and his first-time diagonal ball found Tyler Winters, who advanced into the box and comfortably beat his defender before firing home at the near-post.

The under 18s doubled their lead in the second half as Trialist B’s, who replaced Winters at the break, cross from the left-hand side was taken down by Reuben Marshall, who had his back to goal but he turned his defender and slotted the ball into the back of the net.

The Bantams pulled a goal back in the closing stages of the game following a quick counter-attack from a Posh corner, with their forward’s effort from the edge of the box firing past Jake West.

Speaking on the game, Campbell-Ryce said: “It was a good performance, rounding up another positive week for the players and hopefully we can now build on that heading back into league action this weekend. We changed the formation around to match what we have seen with the first-team and the under 21s, giving us the opportunity to work on it with all our players. However, what pleased me the most with our performance was that the players showed toughness and grit, especially in the last 20 minutes, which was really pleasing to see as a manager.”