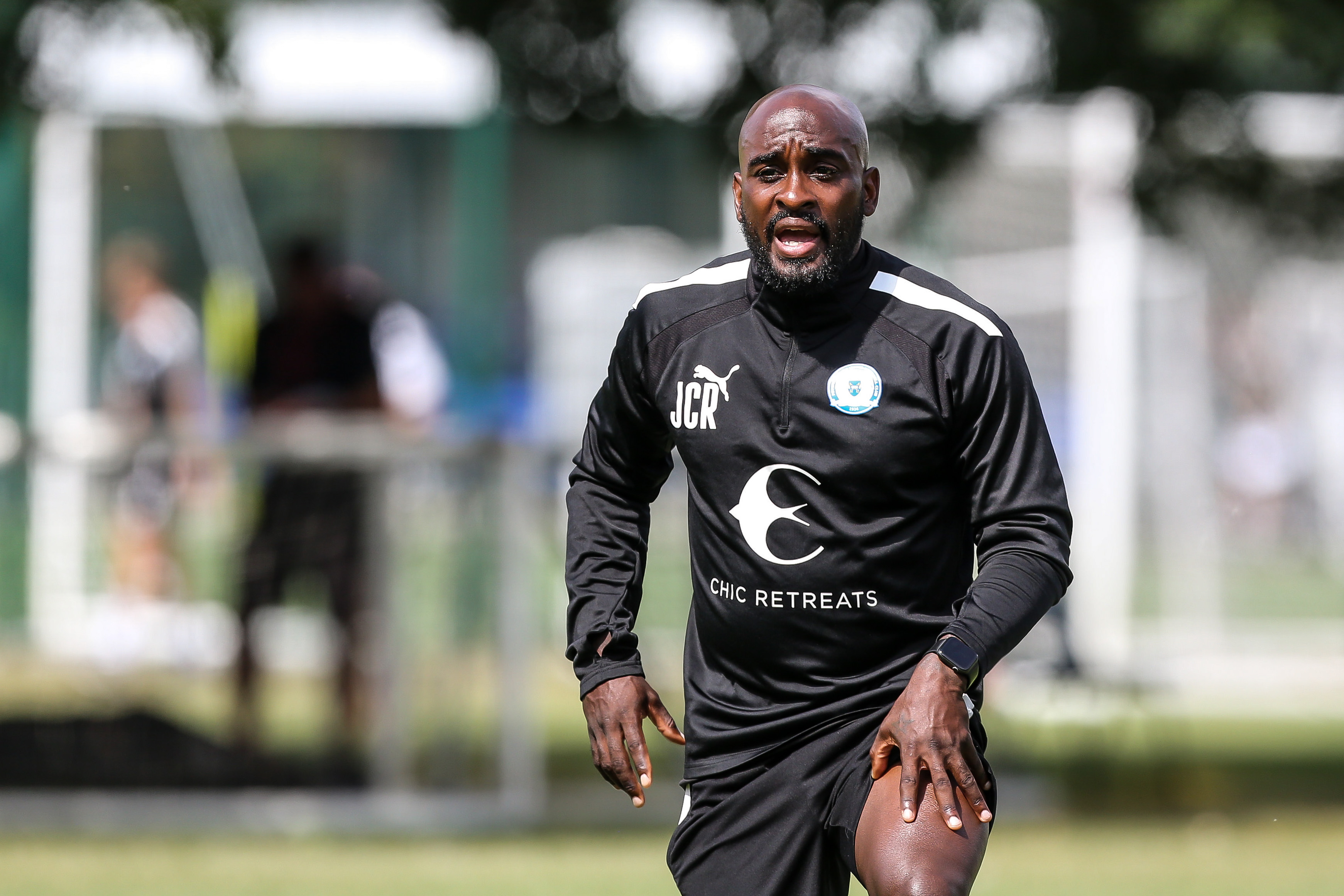 The Peterborough United under 18s welcome Birmingham City under 18s at the idverde Training Ground on Saturday morning (12pm) with Jamal Campbell-Ryce back in the dugout after a wonderful experience over the last week with the England under 19 squad.

Campbell-Ryce, with the backing of Academy chief Kieran Scarff, took on the part-time role with England and thoroughly enjoyed his experience with the national side with the next set of games for that age group now not until the New Year due to the forthcoming World Cup.

“It is a part-time role. I had a conversation with Kieran before I went for the interview, and he was really supportive. I think that was the most important thing, to have the support of Kieran and the club was great and I think they could see the benefits for all parties.

“I was delighted to be given the opportunity to go away and spend time with elite players in a different environment. It was brilliant for my development; a fantastic experience and the team were successful during the three games as well. I really enjoyed it and am looking forward to the next camp when it comes around,” Campbell-Ryce said.

A young under 18s team moved into the next round of the David Joyce Cup and picked up an away win at Sheffield Wednesday in the league and go into the clash with Birmingham full of confidence, but injuries to Gabe Overton and Joel Odei-Larbi will mean there will be changes to the squad.

“Injuries always provide opportunities for others, but obviously it is a blow for us and more importantly a blow for the players to not be able to feature for a while. However, we have won the last couple of games and the lads go into the game full of confidence,” Campbell-Ryce added.