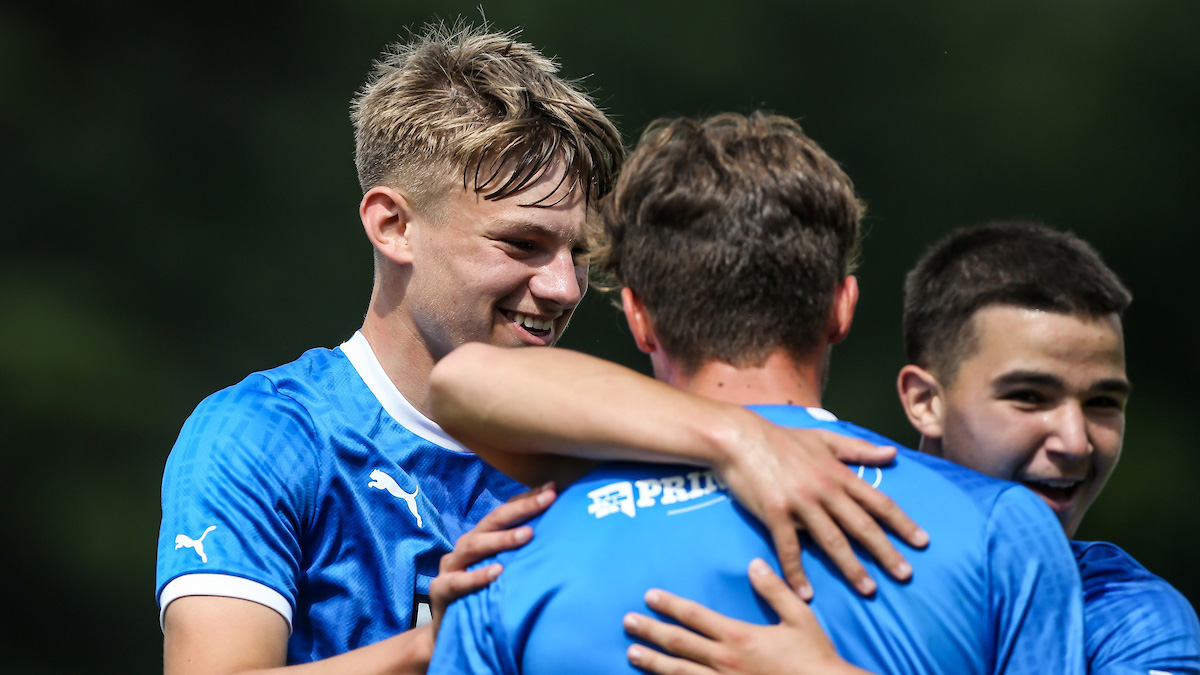 Posh U18s Continue To Impress After Victory Over The Railwaymen

Posh U18s extended their unbeaten run to five games after a 3-1 victory over The Railwaymen.

Peterborough United U18s continued their impressive form of late, making it five games unbeaten in all competitions and three consecutive wins in the Under-18 Professional Development League following a 3-1 victory over Crewe Alexandra U18s on Saturday afternoon.

Posh opened the scoring on 20 minutes as Jake West’s long-ball forward was raced onto by Reuben Marshall, who nicked the ball in front of the on-rushing keeper and was subsequently brought down in the box. Marshall stepped up and originally saw his spot-kick saved, but was able to convert home the rebound.

The visitors brought the scores back level just six minutes later as a poor back-pass put West in some bother, his clearance was latched onto their forward and he calmly slotted home from close-range. However, Posh got themselves back ahead on 31 minutes as Thomas Unwin played a lovely ball over the top to Olly Rose, who advanced into the box before firing his effort past The Railwaymen’s keeper.

Posh extended their advantage on 41 minutes as Rose fed the ball into the path of Tyler Winter and his effort was deflected over the flat-footed goalkeeper, netting his third goal in three games.

Speaking on the game, Campbell-Ryce said: “In the first half, that’s probably the best we have played this season, I was really impressed in possession, working all collectively and seeing the game out. When out of possession, I thought we were excellent and defended the box really well, so I was delighted with the performance and importantly to get another victory.”

The victory sees Jamal Campbell-Ryce’s men rise to fourth in the table and will welcome Barnsley U18s to the idverde Training Ground on Saturday afternoon, but the under 18s will first face Kettering Town U18s at Latimer Park in the quarter-final of the David Joyce Cup on Tuesday evening (7:45pm).