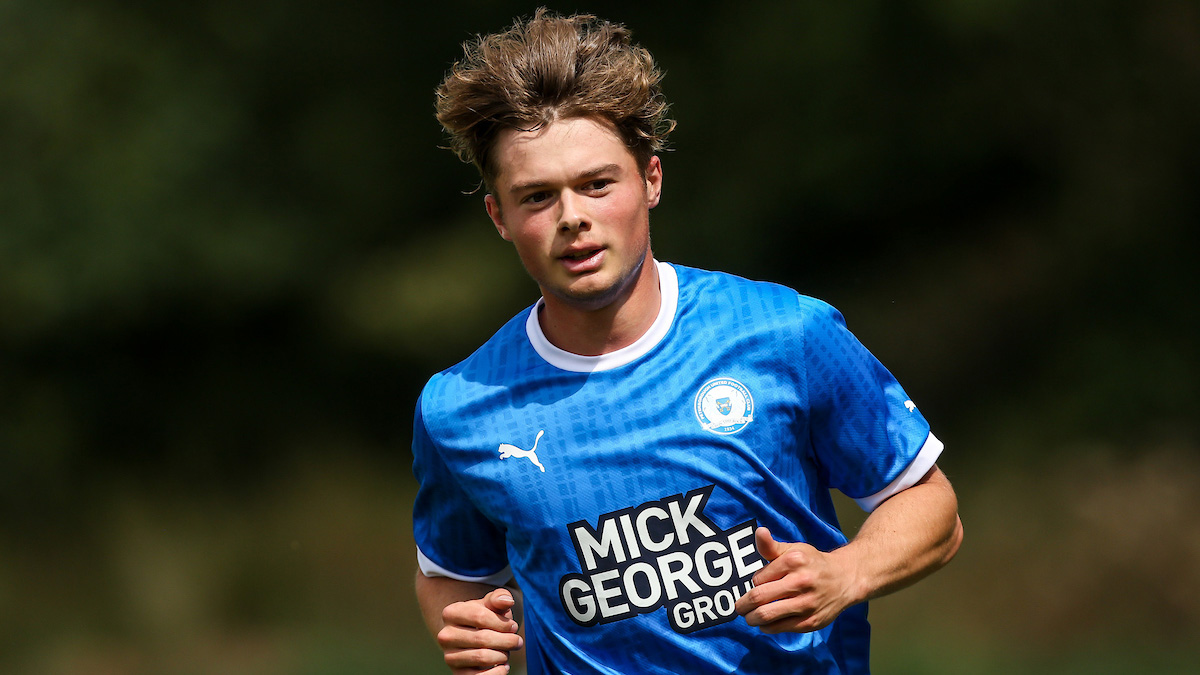 A brace from Overton secured Posh U18s victory in their final pre-season friendly.

Peterborough United U18s concluded their pre-season schedule with a 3-1 victory over Kinetic FC at idverde Training Ground on Saturday, with eyes now firmly focused on their opening game of the season against Ipswich Town.

Gabriel Overton bagged a brace alongside Kellan Hickinson, who featured for U18s due to being suspended for the U21s fixture last Tuesday, as Jamal Campbell-Ryce’s side made it two wins on the bounce in pre-season.

The under 18s netted all three goals in the first, starting with Overton showing calmness and composure to slot past the keeper after being played through and grabbed a second goal after a quick counter-attack from Campbell-Ryce’s side, which cooly converted by the forward as he lifted it over the keeper.

Kellan Hickinson extended Posh’s advantage as Hayley Mills’ through ball was played into the feet of Hickinson, who advanced towards goal before slotting home. The visitors cut the deficit in the second half via a penalty.

Manager Campbell-Ryce doesn’t want to focus on results too much in pre-season, but praised the togetherness in the group ahead of the new campaign.

“I have said it plenty of times during pre-season, we can’t look too much into results as it’s mainly for fitness, but having positive results will give the players confidence. It has been important that we had a good pre-season, which the players have achieved, and there has been a lot of togetherness. So, now everyone is just raring to go and hopefully we can take the good stuff we have been doing into the new season.”