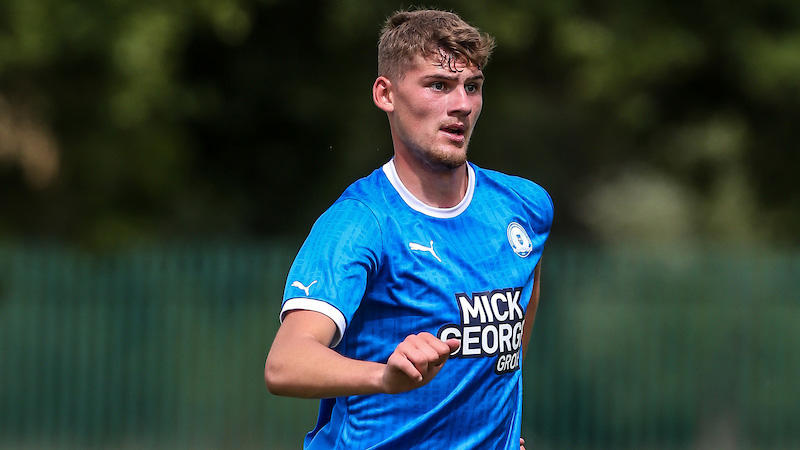 Posh U18s Beaten By The Tigers

Posh U18s fall to defeat to The Tigers at the idverde Training Ground.

Peterborough United U18s suffered a 2-1 defeat to Hull City U18s in the Under-18 Professional Development League on Saturday morning as Reuben Marshall’s penalty was cancelled out by Ronnie Kelly and Paul Iggulden goals in the second half.

The under 18s opened the scoring just after the half an hour mark as Posh broke quickly following a Hull City free-kick as the Trialist was played down the right-hand side before feeding Marshall inside the box and the forward was brought down. He stepped up and calmly converted from the spot to make it three goals in three games in the Under-18 Professional Development League.

The Tigers brought the scores level on 60 minutes as a cross wasn’t cleared by James Dornelly and Kelly was on-hand to loop a header over Jake West and into the back of the net. Then, with 10 minutes left on the clock, The Tigers took the lead as Iggulden rose the highest from a corner to head home the winner for the visitors.

Speaking after the match, Ryan Semple, who took charge of the U18s game as the current boss Jamal Campbell-Ryce was away with England U16s, said: “When you one-nil up and still leading with around 30 minutes to go, it’s disappointing not to win the game. The things we worked on during the week, in and out of possession, I thought we did very well in the first hour and created plenty of chances, should have probably scored a few more goals.

“However, we switched off for a couple of crosses and were eventually punished. The second goal was from a set-piece, which was disappointing, but there were plenty of positives to reflect on while also some things to learn from.”