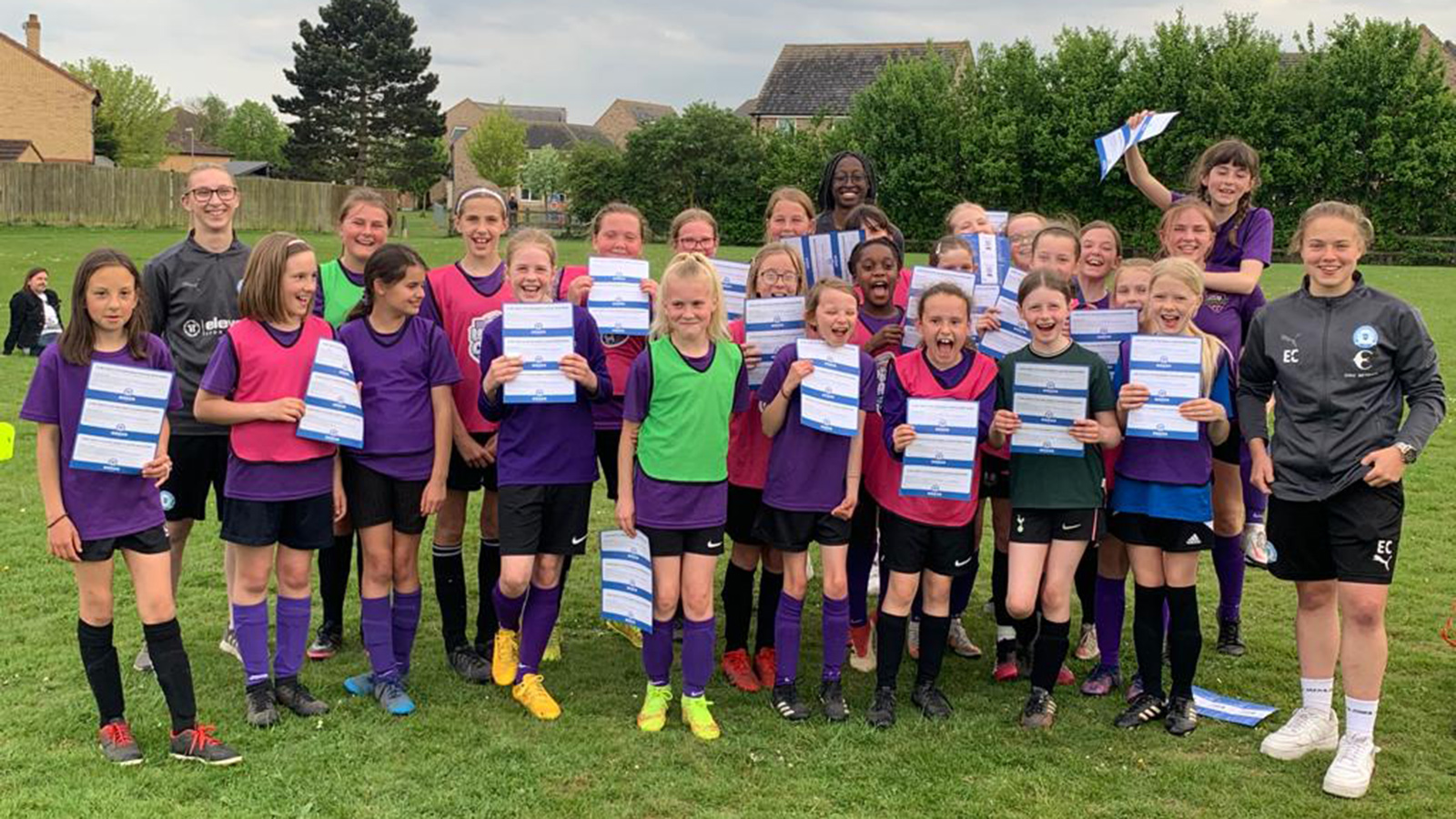 The trio were on hand to pose for photos, hand out tickets for the Posh Women's game against Hashtag United on Friday 20th May and watched training sessions, with the club working hard to create young fans for the future.

The club will spend the next two weeks travelling to local junior girls football teams in and around Peterborough, helping to inspire the next generation of footballers.