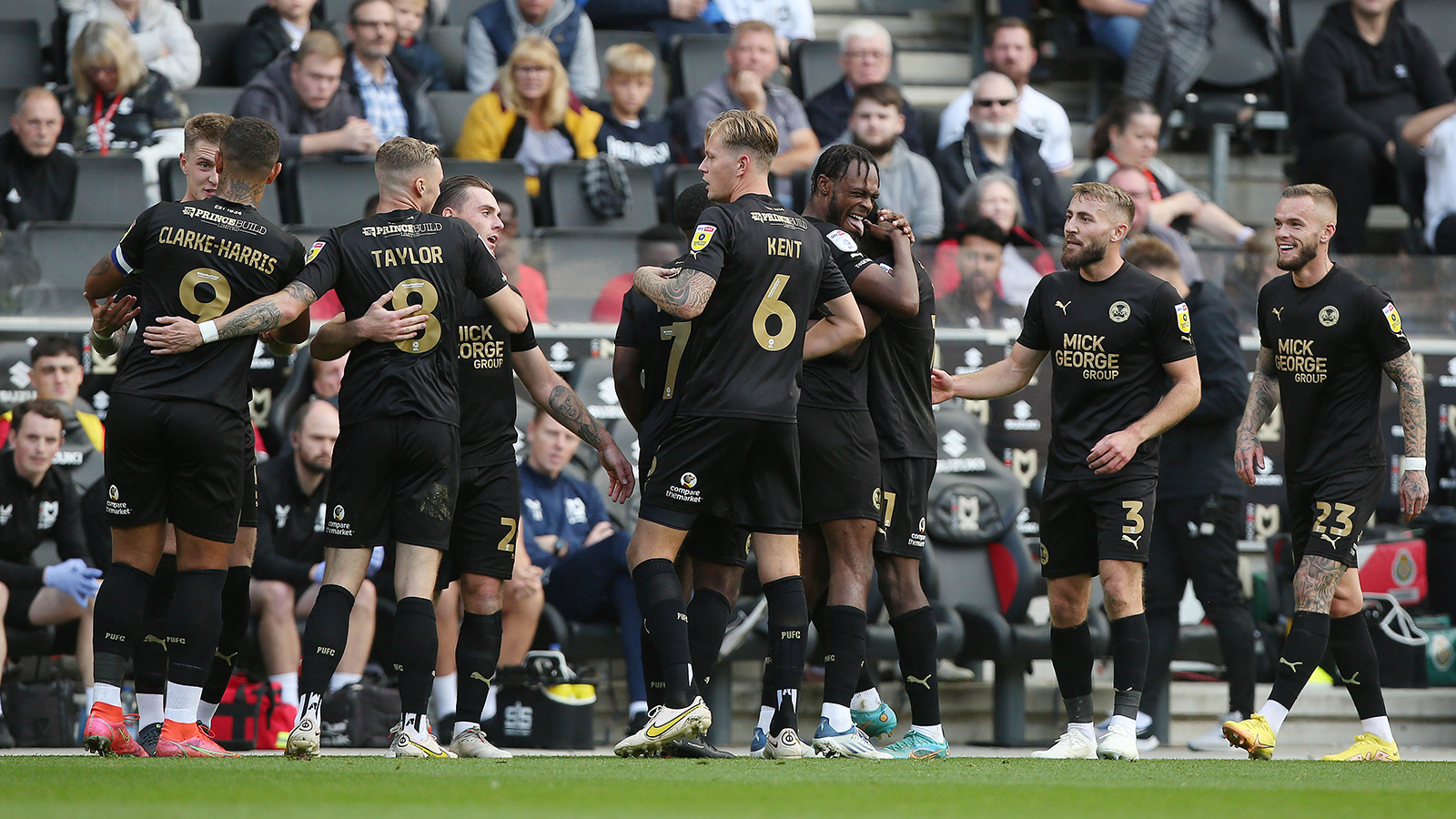 Posh withstood a late charge from the hosts to claim all three points at Stadium: MK.

For 90 minutes, Peterborough United put in the perfect away performance. For three minutes, they nearly undid it all. Jonson Clarke-Harris, Kwame Poku and Ricky-Jade Jones put Grant McCann’s men in total control, but two goals in stoppage time from the hosts nearly earned MK Dons the biggest robbery since that one involving a Great Train.

It didn’t take long for Posh to break the deadlock and it was a wonderfully worked goal too, Joe Ward and Kwame Poku initially involved before the latter picked out Ben Thompson down the right, he beat the full-back and pulled a delicious low cross back into the path of skipper Jonson CLARKE-HARRIS who took a touch and found the back of the net.

Jones had the ball in the back of the net moments later with a close-range acrobatic effort, but the offside flag was raised and cut short the celebrations, mainly in the away end. Fuchs was cautioned by referee Ollie Yates on 32 minutes for a foul.

Bergström did well to get a fingertip to a long-range strike from McEachran on 34 minutes as the Dons tried their luck from distance. Jules headed over an in-swinging corner as the first half entered the final five minutes. Robson was shown a yellow card for a late foul on Fuchs by Mr Yates less than 60 seconds later.

Posh made it 3-0 on 53 minutes as a terrible back-pass from the Dons handed Ricky-Jade JONES the opportunity to find the back of the net and he duly did, finding the bottom corner with a clinical finish. The Dons made a double change just before the hour mark with Louie Barry and Dawson Devoy introduced into the fray.

However, Posh were not coasting as time moved into stoppage time, first HARVIE raced clear and slotted in from a tight angle before SMITH lobbed in moments later to further reduce the arrears.