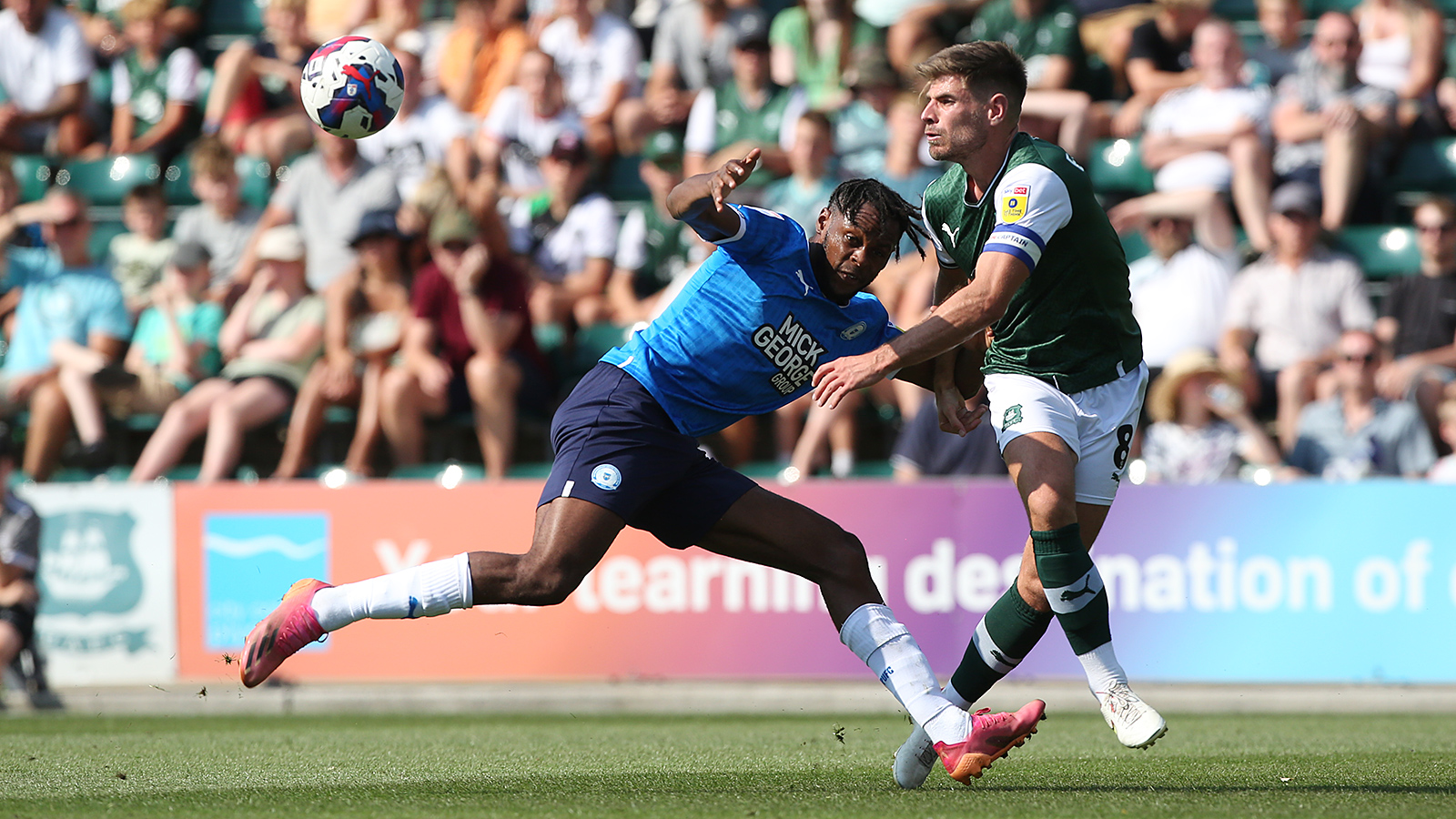 Posh suffered their first defeat of the season as Plymouth Argyle scored a goal in each half to secure a 2-0 victory.

Peterborough United slipped to their first defeat of the season as Plymouth Argyle netted a goal in each half to take all three points with Grant McCann admitting afterwards that his side’s performance was ‘nowhere near good enough’.

After a quiet start in terms of chances in the sweltering heat at Home Park, it was the hosts who created the first opportunity as Ryan Hardie managed to beat the Posh offside trap and bare down on goal, but goalkeeper Lucas Bergström stood up tall and made a fine save.

The offside flag was raised on 22 minutes though to curtail the Plymouth celebrations as Hardie rounded Bergström. Ward then did brilliantly to get back and produce a last ditch tackle to prevent Mayor from getting a shot on goal before the officials called for a water break.

The home side got their noses in front just before the half hour and in truth it had been coming, Finn AZAZ slotting into the bottom corner following a clever Mayor cut-back. Grant McCann’s men carved out their first chance of the game on 39 minutes as Ben Thompson found Marriott, but his shot was pushed around the post by Michael Cooper.

McCann made four changes at the interval with Nathan Thompson, Joel Randall, Ricky-Jade Jones and Joe Taylor introduced from the bench. Ben Thompson was shown a yellow card for a foul by Tom Reeves moments after the re-start before Bergström beat away a fierce drive from Mayor from just inside the box.

On 62 minutes, Posh came close to the leveller and it was all the hard work of Joel Randall, who danced past three defenders, but his right-foot shot was parried and gathered at the second attempt by Cooper in the Argyle goal.

Plymouth doubled their lead three minutes later as Kent was penalised for a trip on Ennis in the box and HARDIE stepped up to send Bergström the wrong way from the spot. Hardie was denied by Bergström on 73 minutes as Plymouth caught Posh on the counter attack.

Joe Taylor was denied by Cooper diving to his right on 84 minutes as Posh tried to set up a grandstand finish.