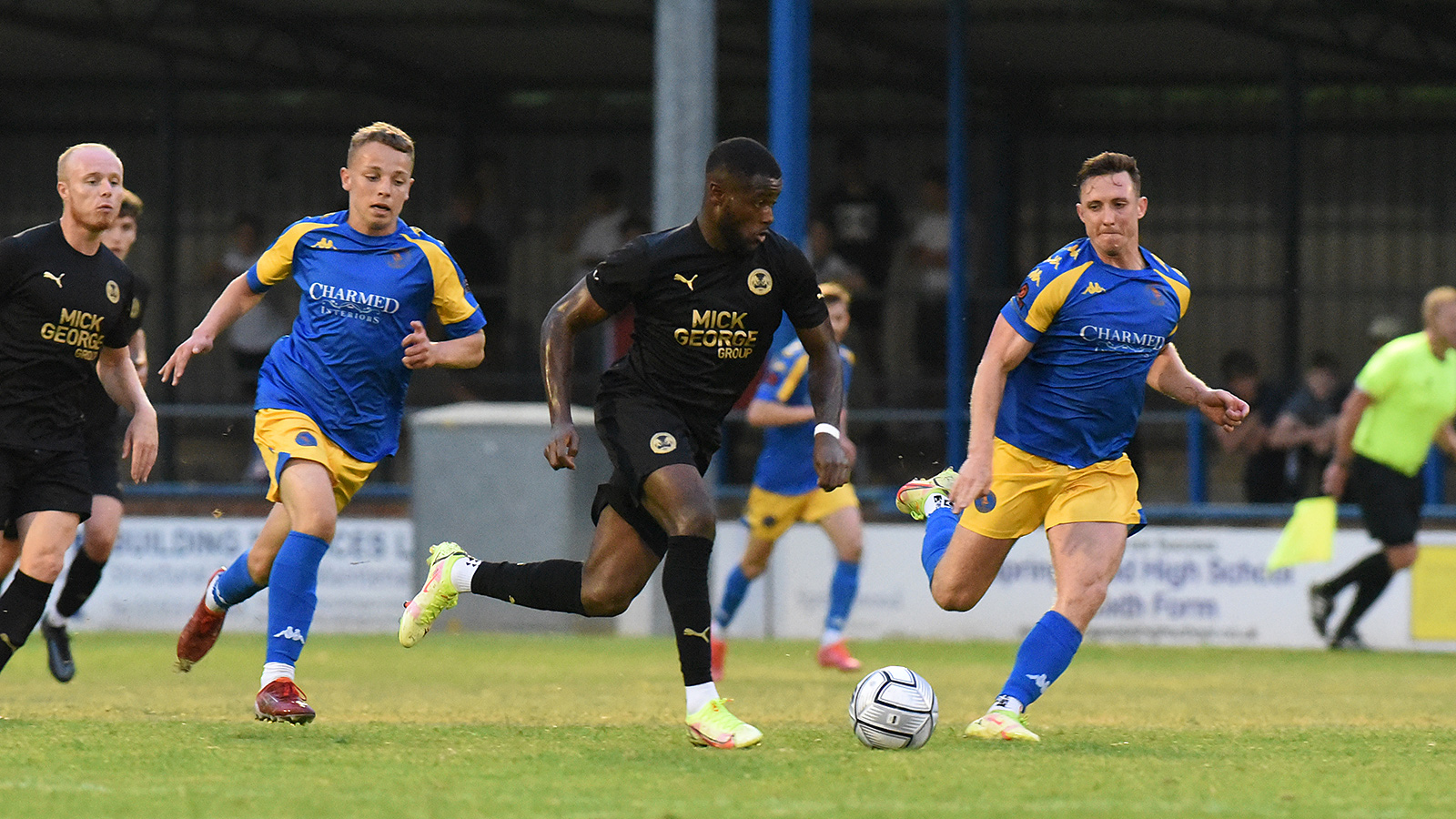 Posh Suffer Defeat Against The Linnets

Peterborough United suffered a 1-0 defeat to King’s Lynn Town at The Walks Stadium on Wednesday evening, but First Team Coach Dale Tonge was pleased to see the players come through unscathed in their first 90 minutes of pre-season.

Posh dominated the opening stages of the game and had a host of opportunities to break the deadlock, but a combination of excellent saves and lacklustre finishing saw Tonge's men fail to find the breakthrough in 90 minutes.

Marriott, who returned to the starting eleven after missing the last two pre-season fixtures, was denied on numerous occasions in the opening 20 minutes, with goalkeeper Paul Jones in fine form. The hosts carved out their first opportunity of the game on 26 minutes as Aaron Jones’ cross was met by the head of Gold Omotayo, but he couldn’t direct his header on target.

The Linnets grew in confidence as the first half went on, as Michael Clunan tried his luck from around 40 yards out after spotting Lucas Bergström off his line, but the ball drifted wide of the post. Ricky-Jade Jones had a glorious chance on the stroke of half-time, although his close-range shot was comfortable for the keeper.

Tonge made a change at the break as Roddy McGlinchey replaced Jack Taylor, but the hosts started the half brightly as Bergström was called into action on two occasions but the efforts failed to trouble the Finnish keeper.

Ryan Broom’s effort from the edge of the box on 60 minutes was pushed away from The Linnets keeper, while Josh Knight missed a superb chance from six yards out as he tapped wide after being picked out at the back-post by Joe Tomlinson’s corner.

The deadlock was broken on 80 minutes, and it was the hosts who found the back of the net after Zain Walker showed good strength inside the box to get away from Knight before converting from close-range.

First Team Coach, Dale Tonge, said after the game: “There’s plenty of positives to take away from the game, with the players coming back who have missed a bit of training in the last week and equally all the players who we pushed for 90 minutes got that as well. That’s the positive message we will be taking from tonight’s game.

“The staff and players have managed themselves really well over these last few weeks with games Saturday and Tuesday. For example, Jack [Marriott] got through the game well, looked really sharp and was unlucky not to be on the scoresheet.

“It has been a recurring theme in the last few matches, we’re creating a lot of chances in games, and tonight was no exception. We had about six or seven one-on-ones that we should have converted, their keeper was fantastic and you have to give plenty of credit to him. However, from our point of view though, we are very disappointed we couldn’t convert those chances.”