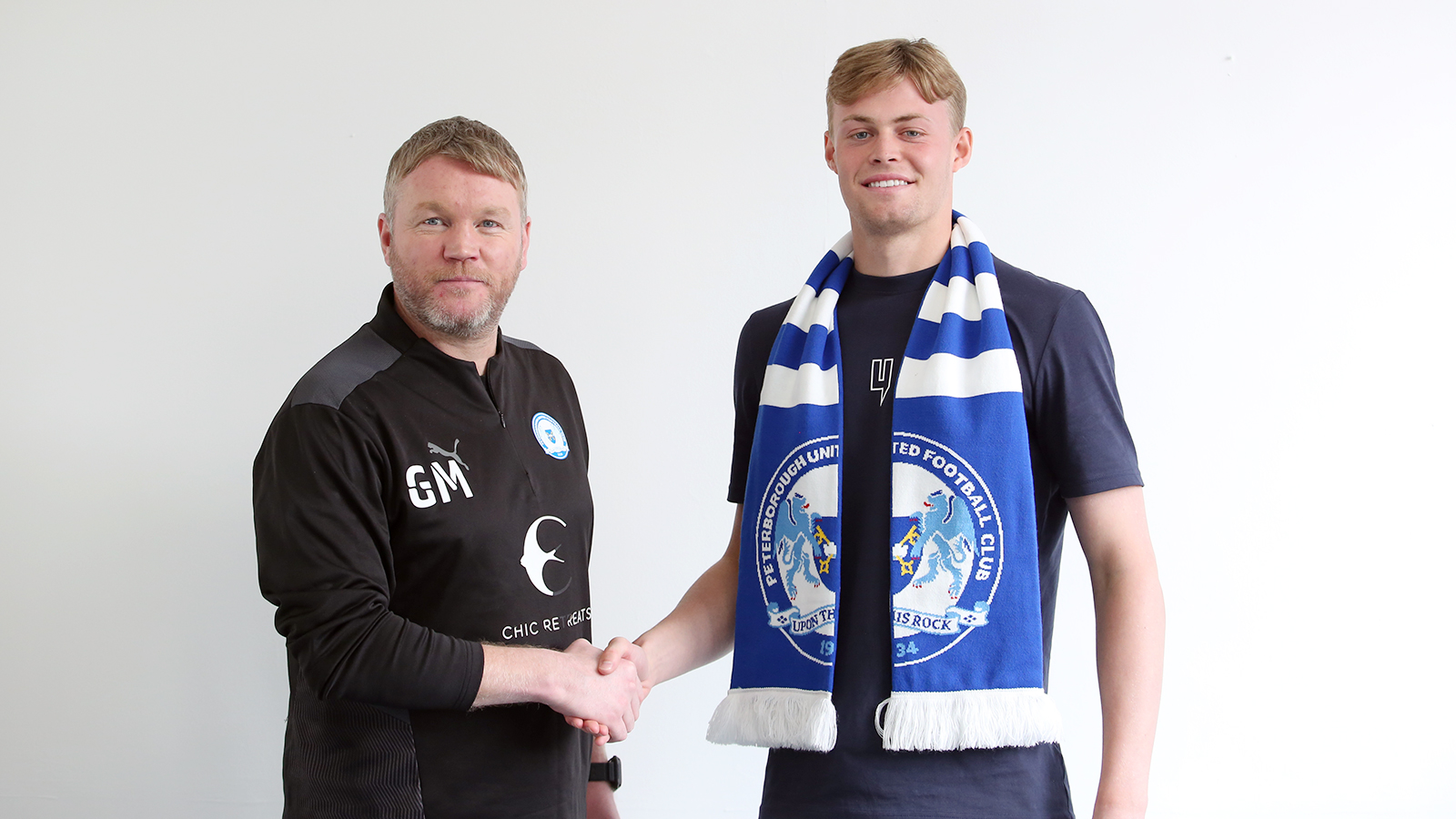 Peterborough United manager Grant McCann has made his second summer signing with highly-rated England under 20 goalkeeper Harvey Cartwright agreeing to join on a season-long loan from Sky Bet Championship side Hull City.

Cartwright, who made a couple of appearances for the Tigers last term, signed a new long-term contract at the KCOM Stadium earlier in the summer and completed the necessary paperwork on the loan deal at the idverde Training Ground.

The 20-year-old has a bright future in the game and manager Grant McCann is delighted to get the deal done. “I am delighted to bring Harvey to the football club on a season-long loan deal. Harvey is a young goalkeeper with huge potential, who under the stewardship of Barry Richardson has been improving year on year.

“He is an England under 20 international and I am really pleased that Barry and Hull City trust us in developing Harvey further with his development. He is commanding, good at coming for crosses, good in one v one situations and very brave, but most importantly he has great temperament and character.”

Cartwright, who made his debut in the Championship as a substitute in a 1-1 draw at Queens Park Rangers, is relishing the opportunity to challenge for first team opportunities. “I am absolutely delighted to agree to join Peterborough United on-loan. It is the best move for my career at this moment in time and what better way to start than in League One under the gaffer that I worked with at Hull City.

“It caps off a really good close season for me. I signed a long-term deal at Hull and then it was about that next step. I think the two and two went together well. The new contract gives me the licence to go out on-loan. I am absolutely buzzing to work with the gaffer again and I can’t wait to get started.”

I am absolutely delighted to join Peterborough United on-loan. It is the best move for my career at this moment in time and what better way to start than in League One under the gaffer that I worked with at Hull City.
Harvey Cartwright