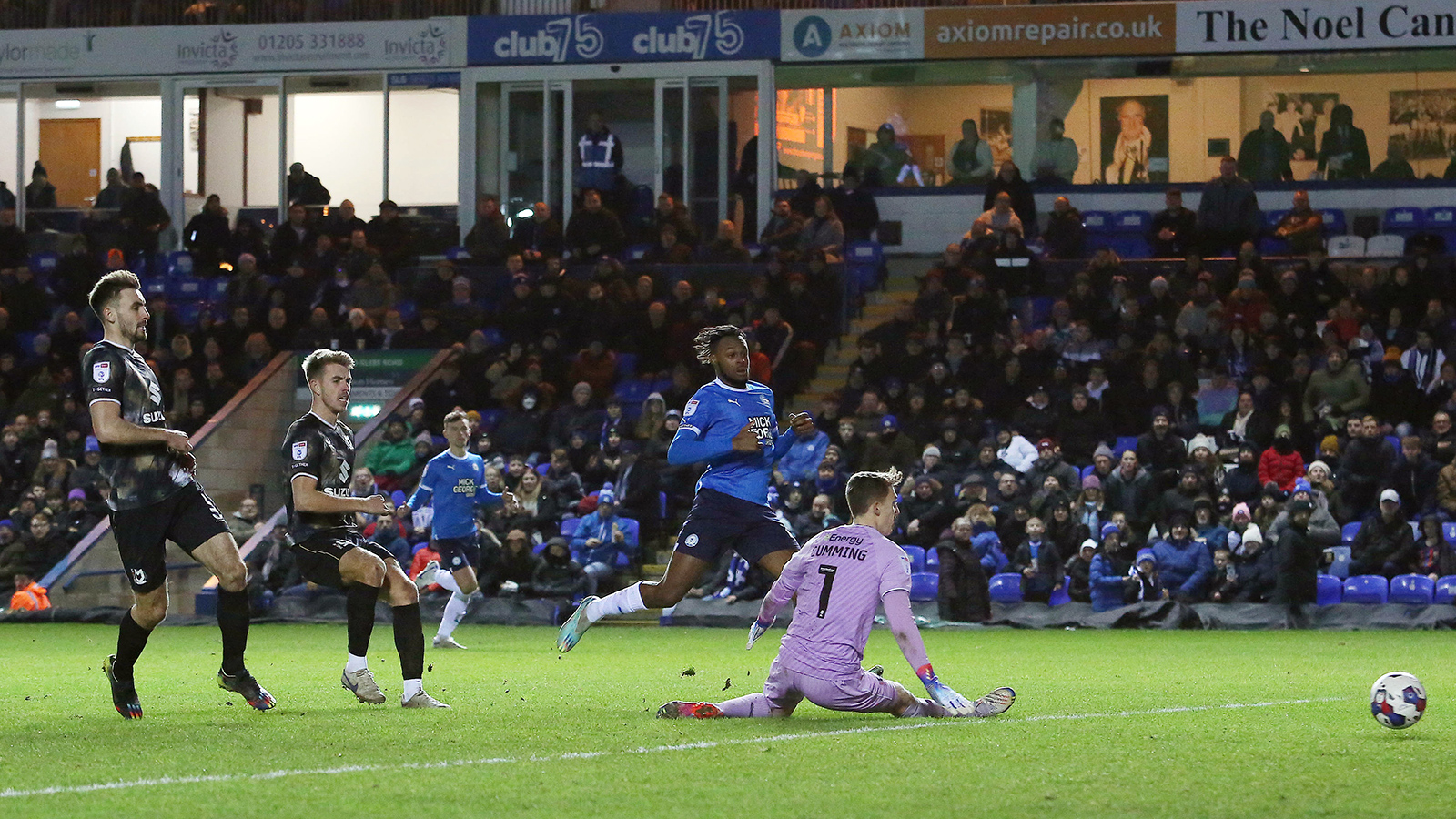 Posh picked up a welcome three points with a comfortable 2-0 win over Milton Keynes Dons.

Peterborough United eased to a 2-0 win over Milton Keynes Dons at the Weston Homes Stadium as a goal in each half earned Grant McCann’s men a welcome victory and they could even afford to miss a second half spot-kick from skipper Jonson Clarke-Harris.

Kwame Poku saw a shot blocked after a forceful run on 19 minutes before midfielder Jack Taylor sent a volley wide of the target. Harrison Burrows was cautioned for a foul on Tennal Watson on 26 minutes by referee David Rock.

Will Grigg followed him in the book for a foul by the touch-line. Clarke-Harris should have done better from the resulting free-kick, he met the Ward delivery well but powered his header wide of the target from close-range.

Clarke-Harris guided a header from a Burrows centre well wide of the target on 36 minutes as Posh tried to find the breakthrough. That breakthrough came a minute later as a well-timed pass from Poku picked out Joe WARD and his crisp strike found the bottom corner of the net.

Burrows then flashed a shot inches over the top from the edge of the box as Posh continued to pepper the goal. Jones was next to try his luck but he fired wide of the near post after MK Dons got caught trying to play out from the back.

Blackmore produced his first save of the evening as the game moved into five minutes of added time, beating away a fierce effort from substitute Robson.