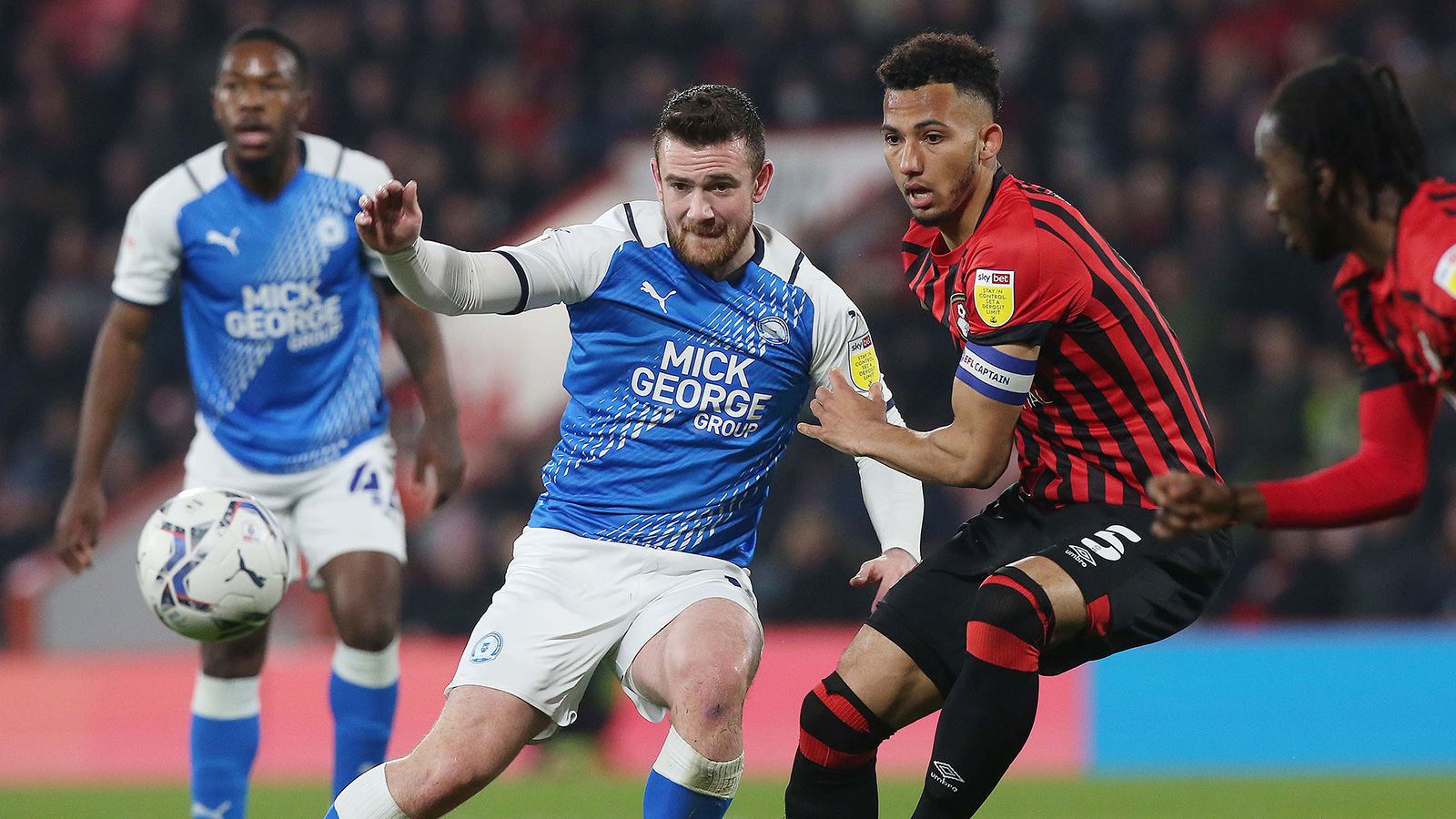 It says a lot about the Peterborough United performance that both manager Grant McCann and striker Jack Marriott felt a tinge of disappointment that they weren’t leaving the South Coast with all three points, but they were both rightly proud of the team’s efforts as they departed the Vitality Stadium with a point from a 1-1 draw.

Ryan Christie curled a shot wide of the target inside the opening two minutes at the Vitality Stadium after good approach play from Siriki Dembele. At the other end, a snap shot from Jack Marriott was routine for goalkeeper Mark Travers.

Posh appealed in vain for a spot-kick on three minutes as Clarke-Harris appeared to be nudged in the box by Jack Stacey after a Joe Ward centre but the referee waved away the protests.

Solanke dragged a left-footed effort wide on nine minutes after linking well with the on-loan Todd Cantwell as the Cherries found some rhythm. Billing glanced a header wide from a Stacey cross on 11 minutes. Fuchs fired wide on the half volley from an intelligent Clarke-Harris knock-down moments later as the chances continued to be created.

Billing curled over on 26 minutes after a clever one-two with Solanke. On 29 minutes, Posh got their noses in front as Joe Ward advanced down the right, ignored the overlap from Edwards and poked the ball through to Jack MARRIOTT, who made no mistake, drilling low past Travers and into the back of the net.

Zemura was cautioned for hauling back Fuchs on 32 minutes by referee Gavin Ward. The home side levelled the scores on 51 minutes as CHRISTIE ran from deep and toe-poked the ball past Cornell on the stretch.

Billing was cautioned for a foul on Taylor before Posh made a change with Sammie Szmodics replacing the Posh midfielder. Ricky-Jade Jones replaced goal-scorer Marriott on 68 minutes as Grant McCann made his second change of the evening.

Zemura curled a shot wide and Solanke saw a shot blocked by Edwards before McCann handed Joe Taylor a first appearance in the EFL as he replaced Clarke-Harris. Burrows was cautioned for a foul on 82 minutes by referee Mr Ward.