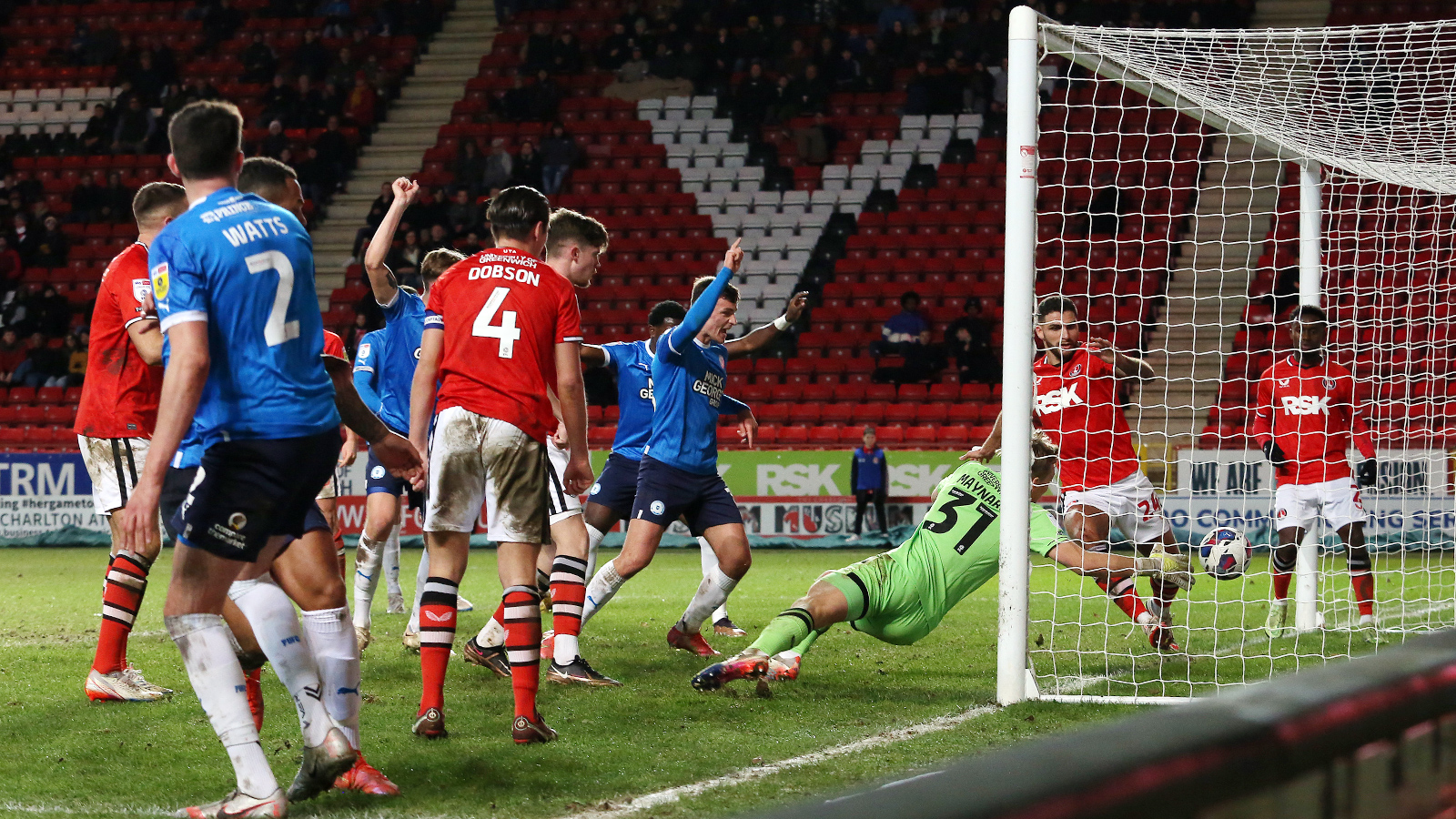 Posh Pick Up Point At Addicks

Jonson Clarke-Harris earned Posh a point at the Valley ahead of back-to-back home fixtures.

Peterborough United picked up a point at the Valley and could have taken all three points from the League One clash with Charlton Athletic after hitting the woodwork twice, but the hosts also had two excellent chances to score, hitting the post and firing wide when well placed.

Inside the opening few minutes, Posh worked short corner effectively, creating a shooting opportunity for Jeando Fuchs on the edge of the box, his shot was deflected into the path of Jonson Clarke-Harris, but his volley from a tight angle found the side-netting.

At the other end, Scott Fraser dragged a left-footed effort wide of the target from 20-yards as Posh struggled to clear the danger. Harrison Burrows tested goalkeeper Ashley Maynard-Brewer from distance before Ephron Mason-Clark fired wide although the latter was in an offside position when he tried to convert.

Mason-Clark saw another effort blocked after good work from Kwame Poku on 13 minutes. Grant McCann’s men had two chances to break the deadlock on 35 minutes, first Poku saw an effort smothered by Maynard-Brewer after a clever pass from Mason-Clark and then the keeper got to his feet to deny Joe Ward’s left-footed effort on the rebound.

Scott Fraser was a whisker away from a dead ball situation on 39 minutes following a Watts foul, but the former MK Dons man curled his effort just wide of Will Blackmore’s left-hand post. Dobson was cautioned for a foul on Clarke-Harris three minutes before the interval.

The home side opened the scoring three minutes after the re-start as a cross from the left unchallenged was guided home with a glancing header by Miles LEABURN. Blackmore did well to deny the goalscorer moments later as he waltzed through the Posh defence.

The hosts had the chance to make it 2-0 moments later as a swift counter attack suddenly had Clare racing clean through on goal but with only Blackmore to beat, he hit the inside of the post. Poku saw a shot deflected wide for a corner kick on 64 minutes before Posh prepared to make a double change.

Before that though, Posh got themselves level, a deep corner from Joe Ward is met by CLARKE-HARRIS who squeezed his header into the back of the net. Moments later, Posh hit the woodwork as a low Poku centre was diverted goalwards by Watts and against the crossbar before Charlton hacked the ball to safety.

McCann made a double change moments later with Hector Kyprianou and Ricky-Jade Jones introduced.  The hosts wasted a golden chance to re-take the lead on 76 minutes after a mistake from Edwards but Rak-Saki side-footed wide of the target.

Blackmore produced a fine stop with his legs to keep out Sessengon on 85 minutes as the Addicks tried to catch Posh cold on the counter-attack.