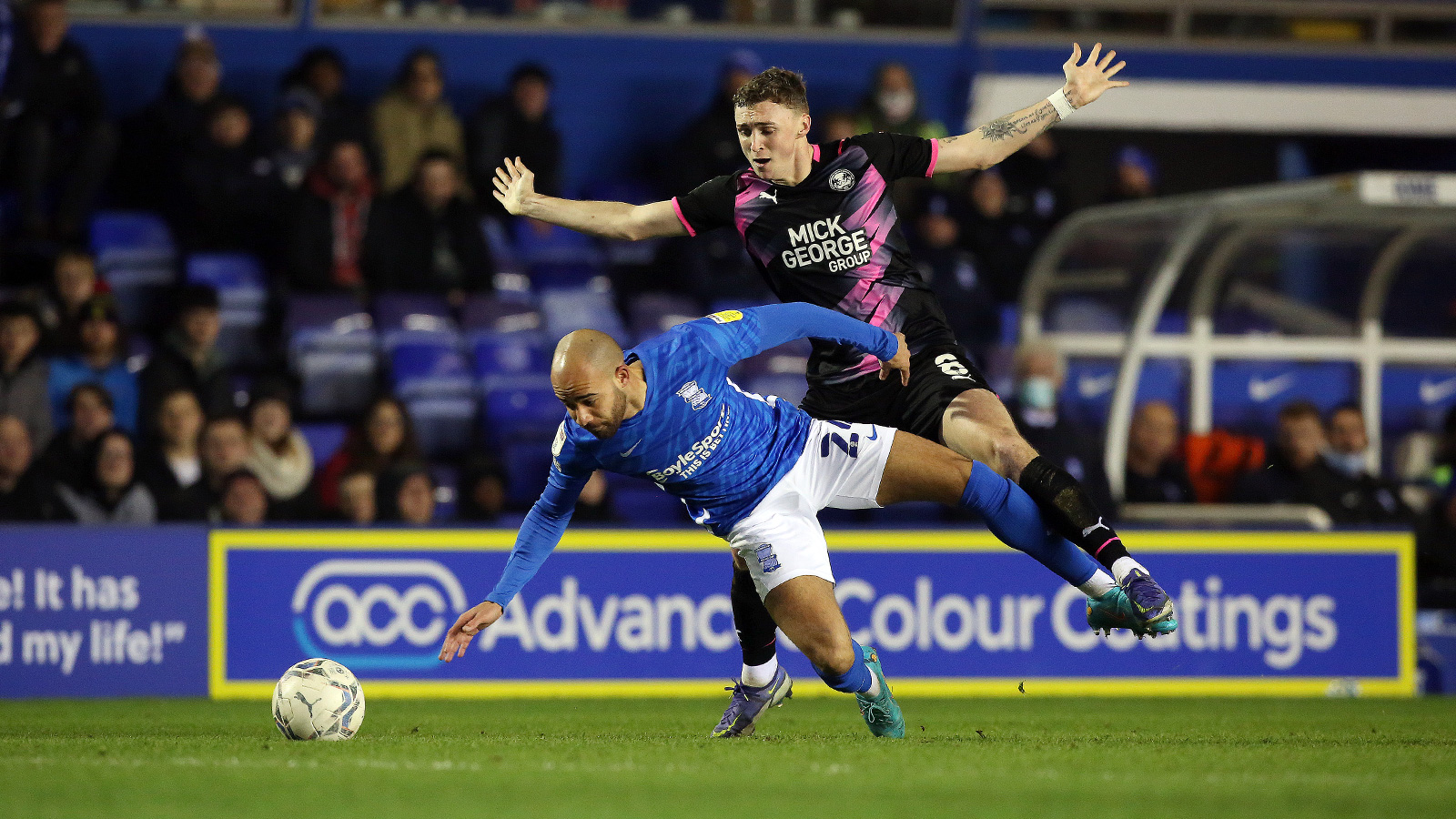 Posh Pegged Back For A Point At St. Andrews

Posh put in an excellent performance on the road, but two late goals earned Birmingham City a point.

Peterborough United put in an excellent display on the road, but will leave St. Andrews frustrated it was not all three points they were bringing back to PE2 as Birmingham City scored twice late on to force a 2-2 draw.

The opening exchanges at St. Andrews was a fairly stop-start affair with the hosts taking the opportunity to hurl the ball into the box at every opportunity from long throws, Marc Roberts with the missiles into the Posh penalty area, but the back-line were standing tall as we approached the quarter hour mark.

Once that mark was passed, Posh got themselves in front and it was a wonderful counter-attack, which was started by a fine tackle by Poku who advanced and delivered the perfect pass for Jack MARRIOTT, who, on the stretch, was able to get the ball past Etheridge and into the back of the net.

Taylor fired wide from long-range on 32 minutes after more good work from Poku in a tight area in midfield. The powerful Jutkiewicz scuffed a shot wide on 34 minutes after the Blues broke at pace after a Posh attack broke down.

Darren Ferguson’s men produced a fine move on 40 minutes, nearly every member of the team getting a touch and it nearly yielded a second goal, Burrows delivery poked at goal by Taylor with Etheridge making a fine stop.

Kent was cautioned for a foul as the half moved into one minute of stoppage time. Lee Bowyer made a change at the break with Bela replacing Pedersen. Both sides made changes on the hour mark with Posh replacing Marriott for Callum Morton in attack.

Morton was denied a debut goal by a fine stop from Etheridge on 64 minutes after a clever pass from Mumba. Benda produced a fine stop with his legs to keep out a low effort from Gardner before Posh broke at pace through Morton and the referee spotted a shove by Roberts on the on-loan striker and gave a penalty to Ferguson’s men.

Up stepped Jonson CLARKE-HARRIS and he coolly slotted home from the spot, sending Etheridge the wrong way in the process. Poku fired over from the edge of the box on 70 minutes after more good work from Morton.

On 85 minutes, the home side got a goal back as substitute GARDNER fired a volley into the bottom corner from the edge of the box. Posh responded by making a double change with Sammie Szmodics and Josh Knight introduced for Clarke-Harris and Poku.

The home side then levelled the scores as a Bela cross was glanced home at the near post by HOGAN. The hosts pressed forward in their attempts to get a winner, but Posh clung on for a point on the road.