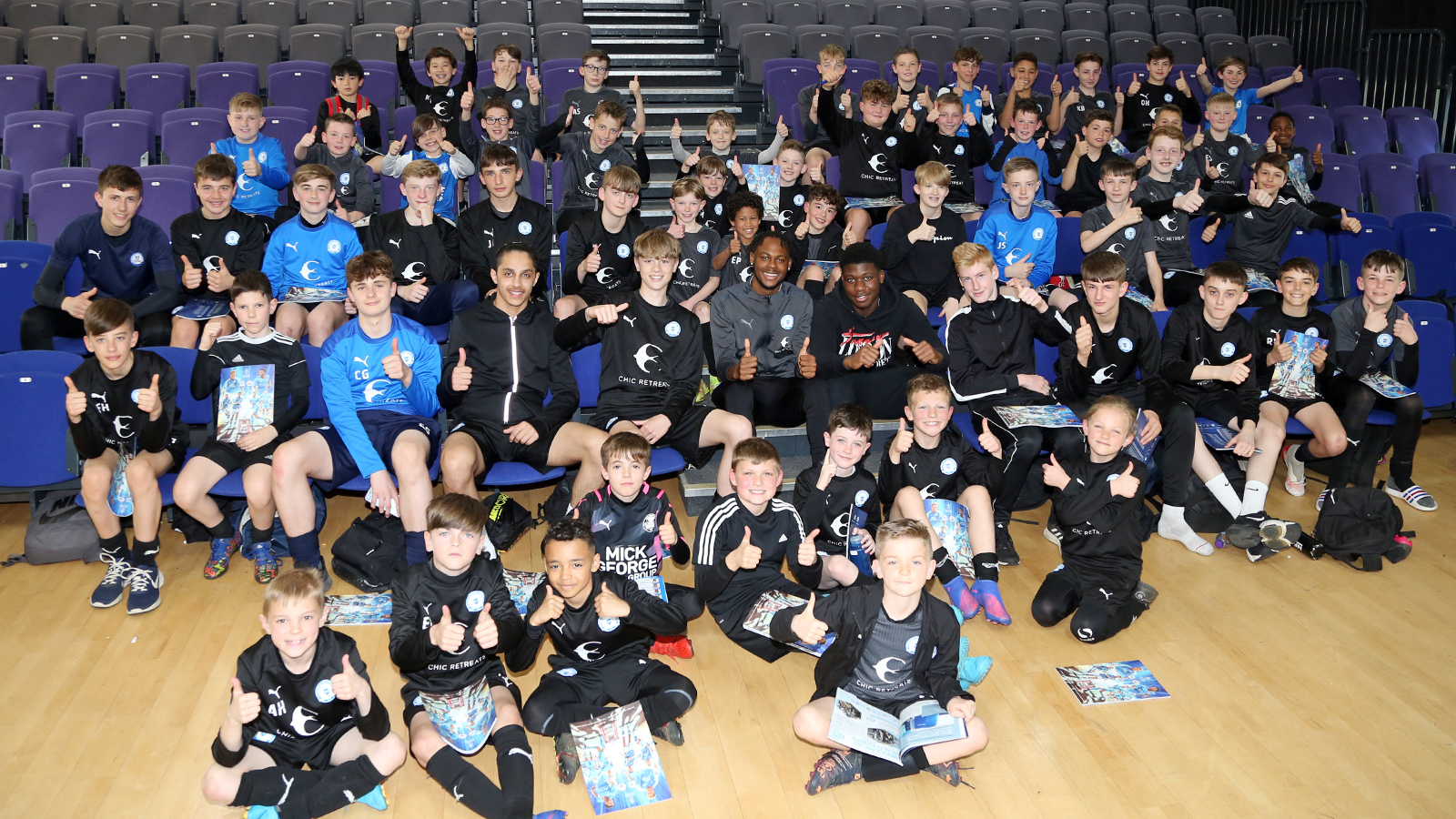 The pair participated in a question-and-answer session, reflecting on some of the highs and lows of their promising careers to date. Bodie, who has missed a large chunk of this season through injury, spent time discussing the mental side of the game and how he has dealt with the challenges that being on the side-lines can create.

Jones discussed his journey through the Academy, making his debut for the first team and causing problems for Manchester City with the scholars keen to learn about how attitude can play a major part in achieving your goals.