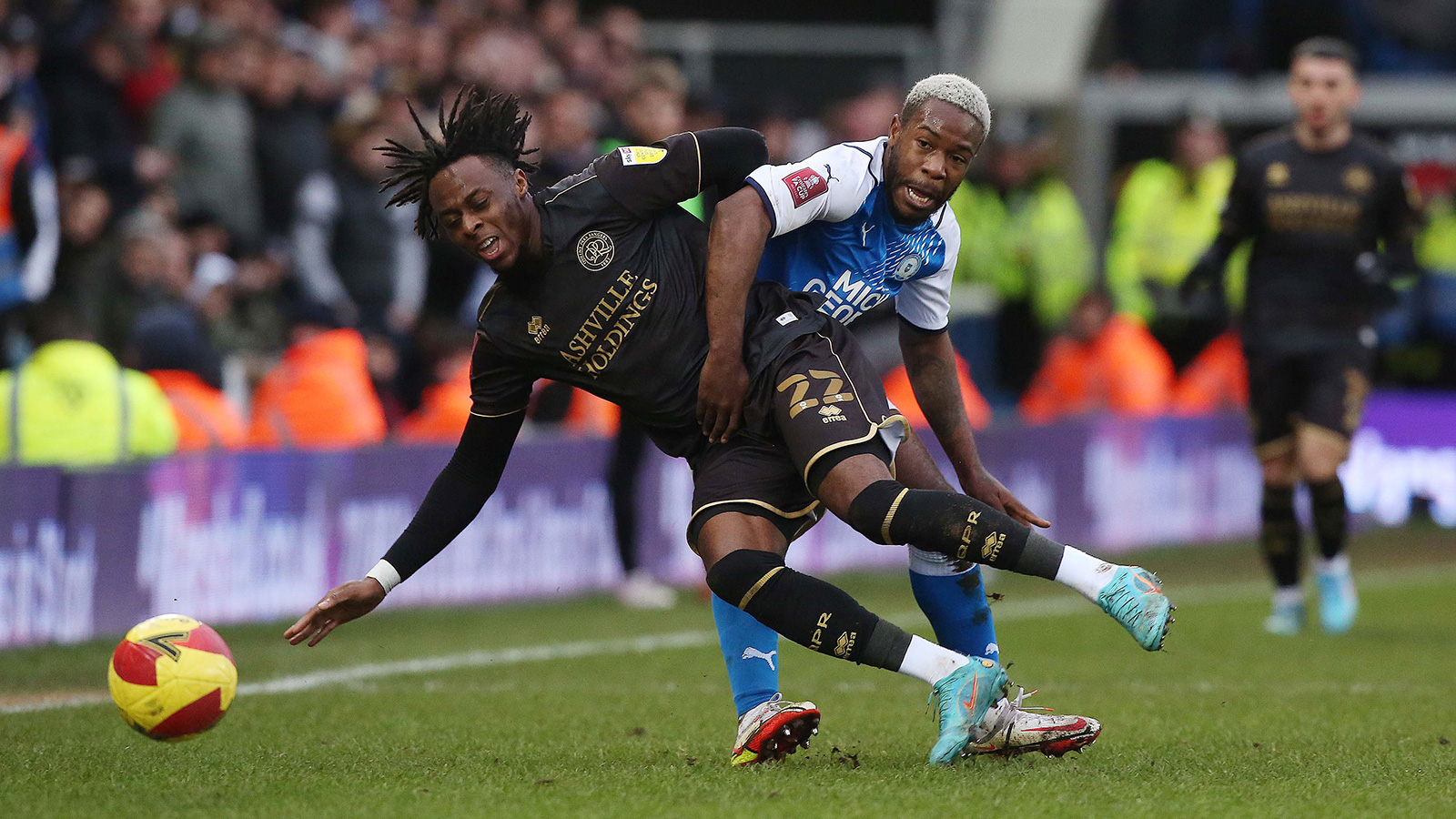 Darren Ferguson’s men are into the fifth round of the Emirates FA Cup for the first time in over 35 years.

A goal in each half from Joe Ward and substitute Ricky-Jade Jones moved Peterborough United into the fifth round of the Emirates FA Cup for the first time since the 1985-1986 campaign as Championship promotion contenders Queens Park Rangers were beaten 2-0 at the Weston Homes Stadium.

After a rather subdued start from both teams, it was the visitors who registered the first effort on goal, on 13 minutes as a fierce drive from Ilias Chair, back from the African Cup of Nations, was beaten away by Steven Benda.

Charlie Austin hooked a volley over the top from a well-worked Chair corner on 23 minutes as the Hoops tried to find the breakthrough. However, that breakthrough came at the other end, wonderful work in a tight space from Poku, his drilled cross was miss-controlled at the back post, Fuchs saw an effort blocked before Joe WARD rammed home the rebound from 10-yards.

Benda produced a good stop at his near post to beat away a shot from Odubajo wide for a corner kick and from the resulting set-piece, it was mayhem in the Posh six-yard box before it was hacked clear. Clarke-Harris went into the book for a needless foul on Sanderson. Dykes stabbed wide as Posh struggled to defend a free-kick into the box as the game reached the 38 minute mark.

Dunne was cautioned for dissent on 42 minutes after arguing about an award of a free-kick in favour of Clarke-Harris. Edwards was cautioned just before the fourth official indicated two minutes of added time for a foul.

Posh made a change at the break with Sammie Szmodics replacing Clarke-Harris in attack. The visitors made two changes with Albert Adomah introduced and he was instantly denied by some superb reflexes from Benda in the Posh goal.

Posh made a change on 56 minutes with Reece Brown replacing Poku. Chair was a whisker away from levelling the scores moments later with a fine curling free-kick, but the crossbar came to Darren Ferguson’s men’s rescue.

Ricky-Jade Jones and Hayden Coulson were both introduced on 65 minutes as the Posh made his fourth switch of the afternoon. Szmodics was a whisker away from adding a second on the counter moments later, but his low shot was deflected behind for a corner.

On 71 minutes, Posh doubled their lead, brave work from Fuchs and Mumba in midfield and a slide through pass by the latter for substitute JONES, who, with options, got his head down and fired low into the bottom corner of the net.

Jones was booked on 82 minutes by referee Mr Webb for a foul on Dickie. Norburn was cautioned for dissent on 87 minutes for protesting against a foul that was not given in favour of Fuchs, who was kicked in the head from a bouncing ball.