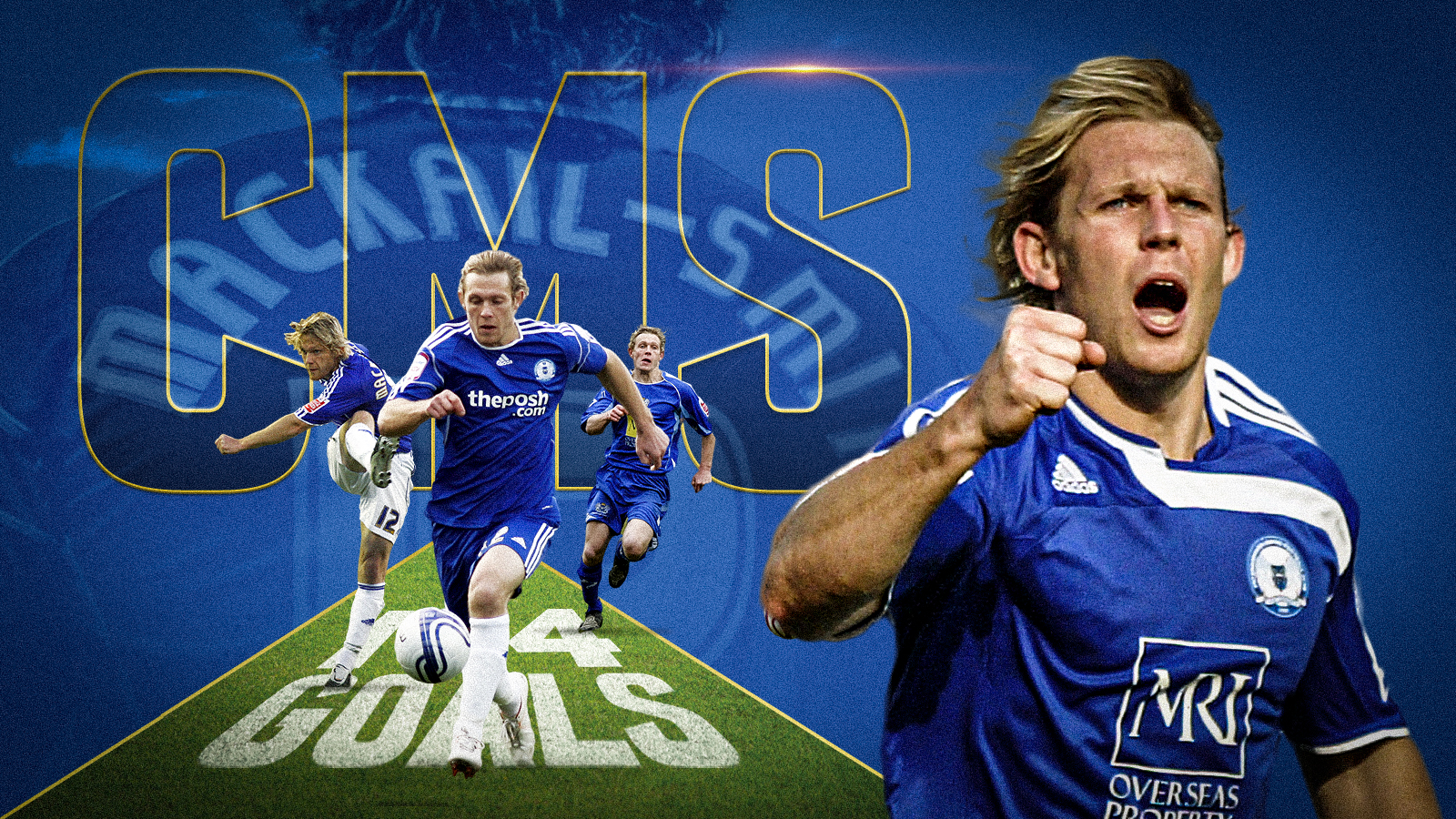 Former Posh star Craig Mackail-Smith becomes the last of the Holy Trinity to retire from football.

Craig Mackail-Smith officially announced his retirement from football over the weekend and became the final member of the club’s ‘Holy Trinity’ to hang up his foots, following in the footsteps of his great mates Aaron Mclean and George Boyd.

Mackail-Smith had been playing in non-league for Bedford Town but made his announcement on social media stating: “The day has come when I finally hang up my boots. It has been the most amazing 22-year journey from starting my career at St Albans City at 16-years-old and going on to play for Arlesey Town, Dagenham and Redbridge, Peterborough United, Brighton and Hove Albion, Luton Town, Wycombe Wanderers, Notts County, Stevenage and Bedford Town. I had the amazing honour of representing Scotland on seven occasions.

“I will always be a fan so you may see me at a game or two. Here’s to the excitement of what’s to come in the future.”

Posh Director of Football Barry Fry said: “What can I say about Craig Mackail-Smith? What a player for Peterborough United Football Club. A true legend. I remember seeing him play for Arlesey and he was only a substitute, but he came on and scored two goals and had electric pace, but I couldn’t afford him, so he went to Dagenham with John Still.

“We had a bit of trouble getting the deal over the line for Peterborough then because it looked like he was going to Leyton Orient right at the last minute, but we managed to get it done and he was magnificent for this football club. Even when he wasn’t playing, he was never a problem. He nearly left when he wasn’t playing under Jim Gannon, but he ended up staying and helped us get promotion back to the Championship.

“There were many clubs in for him in the end, he signed for Brighton and Hove Albion and did brilliantly there. I watched him play for Scotland, which was a tremendous moment for him. I think anyone who saw him play would have been raving about him through his career. I remember Adrian Durham contacting me when he was at St. Albans and recommending him to us. Adrian gives me stick all of the time for not getting it done earlier!

“Craig was a great player on and off the pitch. He is a real football man, a real family man and will do anything for anyone. He always gave his all. Posh fans loved him for that and quite rightly so. It is always a pity when someone gets to the stage of hanging up their boots. I did actually go to Bedford to watch his last game, he told all of his team-mates that he was retiring and they were 3-0 down with 15 minutes to go and it was pouring with rain and he was on the bench, so I left.

“As soon as I went, my daughter text me and told me that he had come on for the last 15 minutes but I had missed it. They are not speaking to me now! In all seriousness, I can’t praise Craig highly enough, he is a model professional, he is brilliant with other players, he encourages people, gives great advice and a lot of players have benefited from his expertise and experience.

“Hopefully we will see him back in the game in some capacity soon. Good luck in the future and be proud of your wonderful career,” Fry said.