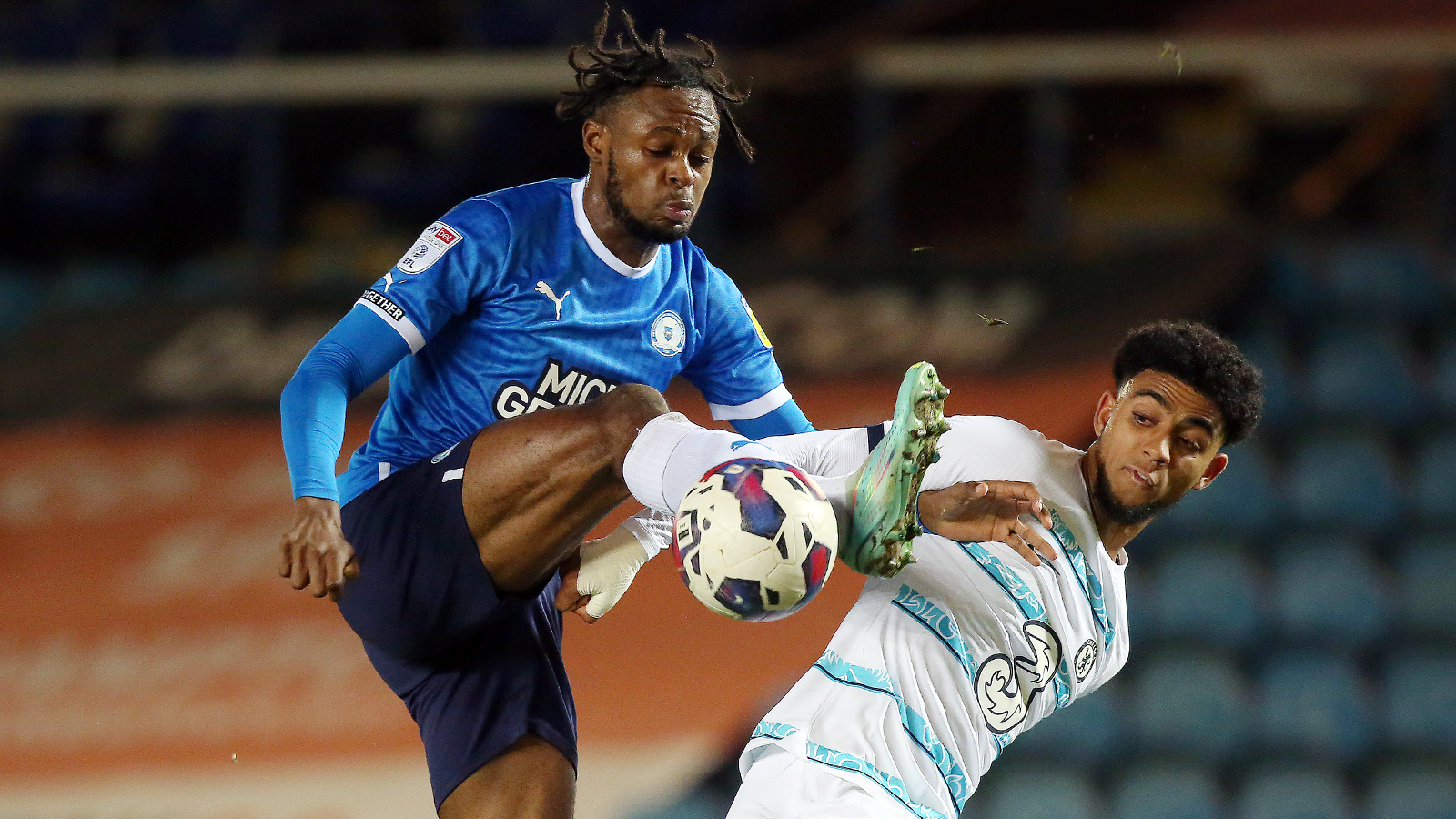 Posh Knocked Out Of Trophy

Posh were beaten 4-2 by Chelsea under 21s following a disappointing evening in the Papa John’s Trophy.

Peterborough United were beaten by a talented Chelsea under 21 side at the Weston Homes Stadium but Grant McCann was scathing on his side’s display in the post-match press conference with the visitors causing problems throughout the 90 minutes.

The visitors included Cesare Casadei in their starting line-up with the Italian moving to Stamford Bridge for a reported £15m from Inter Milan on a six-year contract and he showed some nice touches in the early exchanges.

Kell Watts headed over from a corner kick on 14 minutes before the aforementioned Casadei dragged an effort well wide of the target after a cross from the right. The visitors opened the scoring on 18 minutes as MOTHERSILLE fired across the Posh keeper and into the bottom corner after a swift counter-attack.

The visitors doubled the lead on 24 minutes and it was a stunner from the big-money signing CASADEI who rifled a shot from long-range into the top corner. Posh reduced the arrears two minutes later as a Harrison Burrows free-kick was guided past Beach by CLARKE-HARRIS for his 14th goal of the season.

Burrows flashed a left-foot drive wide of the target after linking well with Jones on 39 minutes as Posh pushed for a leveller before the interval. A Randall corner kick clipped the top of the crossbar moments later and he also fired over from 25-yards after good hold-up play from Clarke-Harris.

On the stroke of half-time, the visitors made it 3-1 and it was MOTHERSILLE again, firing into the back of the net following a slide-rule pass from Elliott. Posh made a double change at the break with Jack Marriott and Joe Taylor introduced, while there was also a change in the officials with the fourth official Emily Heaslip taking the whistle.

Marriott saw a left-footed effort spilled by Beach, but a defender was there to clear the danger. Kyprianou was cautioned for a shirt tug on 50 minutes after giving away possession in a central area. Posh reduced the arrears moments after a double substitution and it was one of those substitutes who got on the score-sheet, Jack TAYLOR taking advantage of an error from Beach to slot past the young shot-stopper.

Nathan Thompson was cautioned for a foul on the edge of the box on 65 minutes but Casadei saw his free-kick go over the crossbar. Marriott fired wide of the near post with his left-foot on 66 minutes after good work from Nathan Thompson, bringing the ball out of defence with purpose.

Jack Taylor was cautioned for a foul on the half-way line while Joe Taylor sent a shot from the half-way line wide of the target after Beach went walkabout. However, Chelsea made it 4-2 on the break as the ball was worked to ELLIOTT and he found the roof of the net with his left-foot.

Bergström made two good saves, one from Mothersille and one from Rankine as Chelsea threatened a fifth on 77 minutes. Jones was cautioned for a trip on 81 minutes as the visitors tried to break once again from a deep position. Jack Taylor fired over via a deflection on 85 minutes with Nathan Thompson heading the resulting corner kick over the top.

Marriott saw a low shot from the edge of the box routinely saved by Beach moments later after good initial work to wriggle into some space.